Celebrate the protection of Blanchard Mountain with a day full of fun activities!

As the only place where the Cascades meet the Salish Sea, Blanchard Mountain offers recreation opportunities unparalleled anywhere else, just minutes away from Bellingham. Now, the iconic trails, forests and habitat around Oyster Dome, Lily Lake and Samish Overlook are preserved for future generations!

Come out on Sunday, September 16 to thank elected leaders and celebrate this special place and its outstanding recreational and natural values. RSVP to the free event. 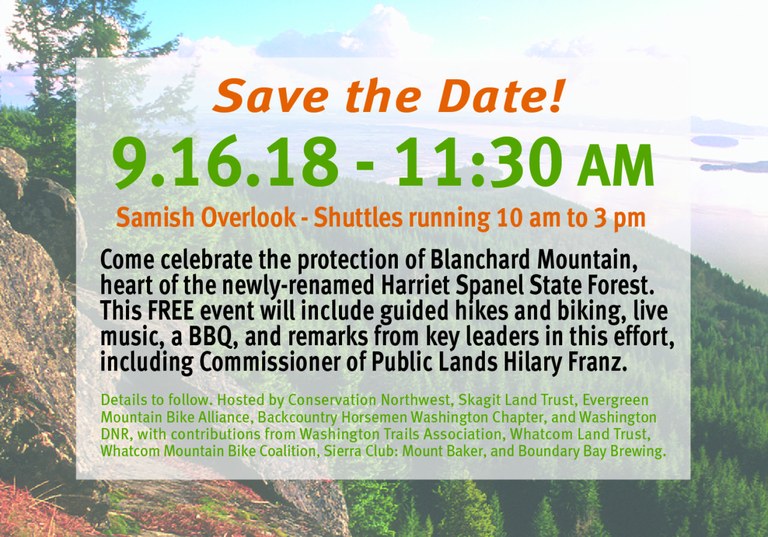 The event will include guided hikes and bike rides, live music from Bellingham’s Yankee Driver, a BBQ, and remarks from key leaders in this effort, including Commissioner of Public Lands Hilary Franz.

WTA's Northwest Regional Manager Arlen Bogaards will lead a field tour of WTA projects completed over the years. Many WTA trail volunteers and hiker advocates, both local and from around the state, have contributed their sweat equity and raised their voices for Blanchard Mountain. 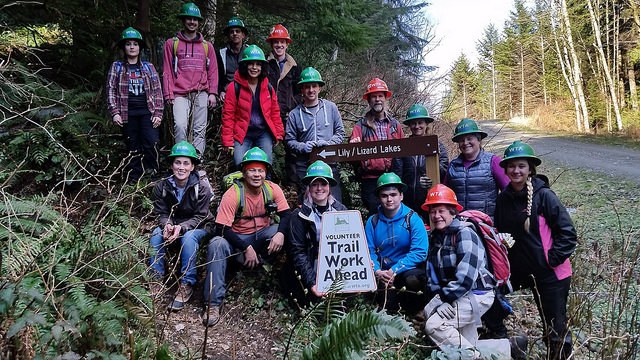 One of the many volunteer trail work parties who have worked on Blanchard Mountain. Photo by Barbara Budd.

Located south of Bellingham off Chuckanut Drive, Blanchard State Forest is a popular recreation area visited by as many as 100,000 people from across the Puget Sound region each year. These state lands are managed by the Washington State Department of Natural Resources (DNR). 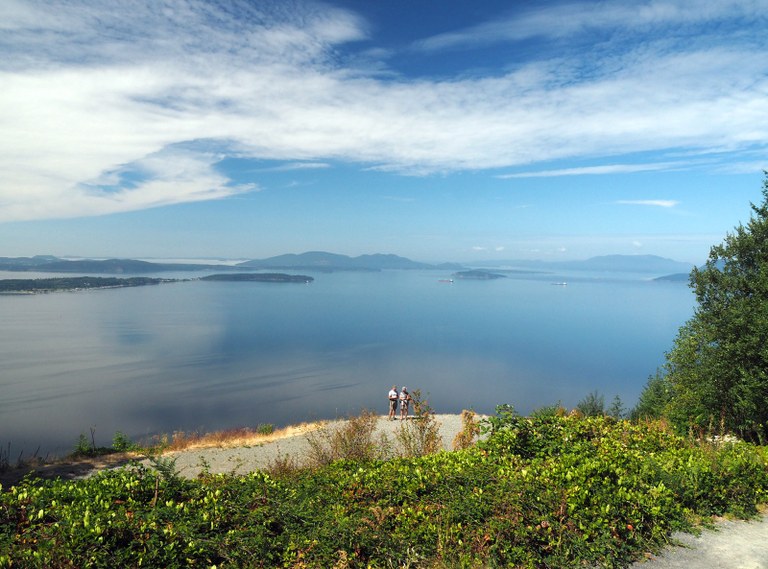 Years of hard work has paid off; this view from Samish Overlook is now protected. Photo by j brink.

The agency began work more than a decade ago to protect a portion of the forest near some well-traveled trails.  Groups like Mount Baker chapter of the Sierra Club, Conservation Northwest and Friends of Blanchard Mountain joined together to advocate for the protections.

The fate of the forest was in limbo when Blanchard Forest Strategy Agreement expired in 2016. The original agreement allowed DNR to purchase additional forest land for logging operations while permanently protecting lands that sit adjacent to this popular recreation corridor. (Timber harvest can be an instrumental part of forest management, but logging activity must be balanced with recreation access and conservation.) The requested new funds allowed DNR to complete the land transfer.

Conservation Northwest and Skagit Land Trust, among others, asked the state legislature to allocate $7.7 million in the capital budget to preserve the 1,600 acres in the core of the forest. The 2018 Capital Budget included full funding to preserve the Blanchard core as a new conservation area. 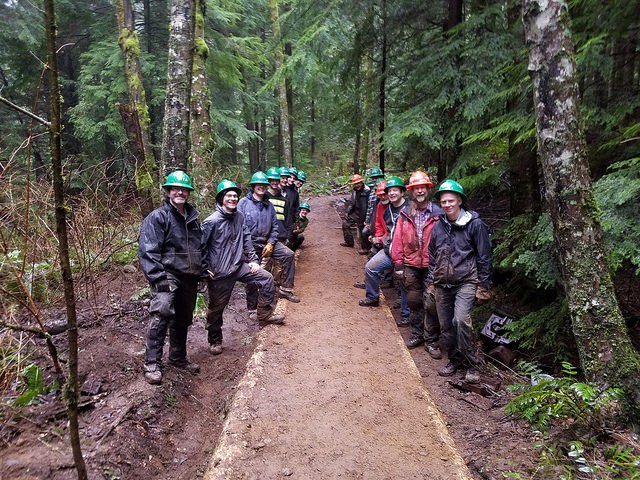 Whether you hike or volunteer, enjoy protected trails on Blanchard Mountain. Photo by Arlen Bogaards.

Is this event still going on today?