The first two weeks for the new federal administration and the 115th Congress saw the introduction of multiple proposals that could impact hikers. 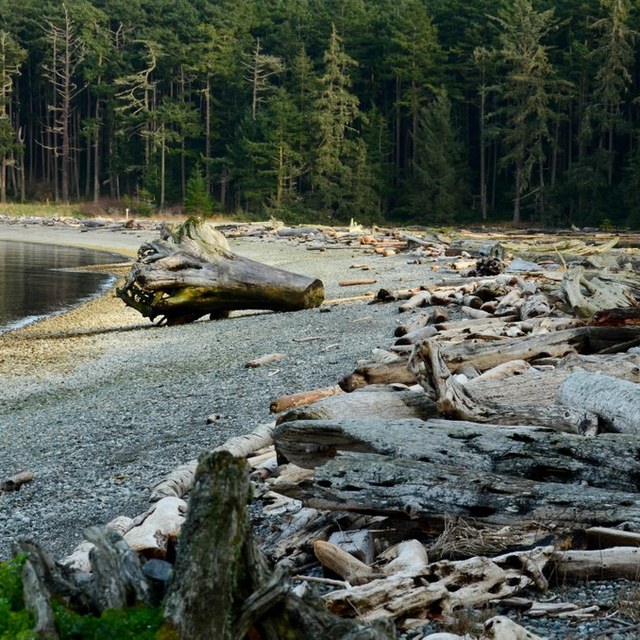 Though they weren't the highest profile headlines, the first two weeks for the new federal administration and the 115th Congress saw the introduction of multiple proposals that could impact hikers and President Trump's nominee for Secretary of the Interior had his hearing.

Here is a summary of essential information for hikers.

Utah Representative Jason Chaffetz introduced a bill (H.R. 621) in January to sell off 3.3 million acres of land managed by the Bureau of Land Management. This would have been an unprecedented privatization of public lands, but the bill was withdrawn this week following an outcry from the outdoor recreation community.

This reversal demonstrated the importance of public engagement in the legislative process at every step of the way. Before it was withdrawn, the bill had not even been scheduled for a hearing. This was made possible by the swift response of hikers, hunters, equestrians and others across the recreation community.

Keep this example in mind next time you're wondering whether you should call your elected officials to express your opinion. The answer is yes!

Vox published a comprehensive analysis about the bill for those interested in learning more. More analysis can by read on The Hill.

Congressman Paul Gosar of Arizona introduced a joint resolution (H.J. Res. 46) on Jan. 31 that would repeal safety and planning requirements that must be followed before extraction of oil and gas is allowed on national park lands.

Specifically, it would apply to more than 40 national parks where the federal government has "split surface" rights: meaning the government owns the surface of the land but not mineral rights beneath it.

The proposal would also make it much more difficult to reinstate protections in the future.

WTA understands that it is necessary for the nation's public lands to serve multiple purposes, but this proposal could threaten the pristine nature of our national parks in a way that is not acceptable. WTA opposes the attempt to open up our national parks to drilling.

The National Park Conservation Association has more information on this issue.

In December, the Bureau of Land Management (BLM) finalized its Planning 2.0 initiative. Planning 2.0 promises increased public participation, creates a more transparent process that will provide opportunities for the people who love public lands to shape how those lands are managed. It recognizes the importance of the outdoor recreation economy.

Right now, Congress is considering throwing out this rule in its entirety using a rarely-used law called the Congressional Review Act (H.J. Res. 44 in the House and S.J. Res. 15 in the Senate). The Congressional Review Act lets Congress overturn the decisions made by federal agencies within 60 days. Congress is currently using this law to roll back important environmental safeguards implemented by Planning 2.0, making it easier for resource extraction to move forward on BLM lands.

The measure passed in the House late Tuesday.

WTA believes Planning 2.0 is an important move toward modernizing one of the nation's largest land management agencies. WTA opposes rolling back this initiative.

The bill was originally introduced in 2015, but has gained traction this week. It would require an act of Congress and approval from the state legislature before the President would be allowed to designate new National Monuments.

WTA opposes such fundamental changes to the Antiquities Act.

WTA: advocating on behalf of the outdoors, no matter who is in office

Former governor Dan Evans once said, "There are no liberal salmon or conservative parks." Outdoor recreation is part of Washington's culture and enjoyed by people from all walks of life.

Washington Trails Association's mission is to ensure trails on our public lands remain maintained and accessible for all hikers. So, no matter who is in office, we will continue to work to promote robust funding for the outdoors, maintain access to trails, and improve trail experiences as more and more Washingtonians explore our state.

WTA will continue to work toward our mission to preserve and enhance hiking opportunities around the state for now and for future generations.

How you can take action today

You can help by becoming part of the Trail Action Network. We will keep you updated on opportunities to support trails in your backyard and across the state.

With so much going on in Washington, D.C., and at home, it is critically important that hikers and other outdoor enthusiasts contact their elected officials often.

If you feel inspired, please pick an issue above and contact your Senators and Congressperson. The message can be as simple as telling them your name, where you live and stating your position on the issue.

Find your elected officials in our Action Center.