The first WTA Volunteer Vacation of the season set out this week, working under blue skies to rebuild a trail on Second Beach. Read about the trip and check out the featured Volunteer Vacations that still have a few spots available.

Under blue skies on the Olympic Peninsula, a full Washington Trails volunteer crew of 12 are halfway through rebuilding a trail on Second Beach.The week-long trip marks the very first Volunteer Vacation of the season, one which volunteers scrambled to be a part of (spaces sold out in 20 seconds).

The Second Beach volunteers range in experience from WTA's crew leader, Janice O'Connor, who has worked more than 440 days on trail, to a first-time volunteer who has never done trail work before.

The crew has been repairing a section of damaged trail where water drainage had badly eroded a series of steps down to the beach. By the end of this week, the water will go where it's supposed to, and hikers will have a safe way down to the beach.

O'Connor reports from the field that the work is coming along well, and that all the hikers who've been passing them on the way to the beach during this gorgeous stretch of weather have been thanking the crew.

"I've been blown away by the incredible beauty here at Second Beach," she says, "where skunk cabbage and sitka spruce rule the domain." 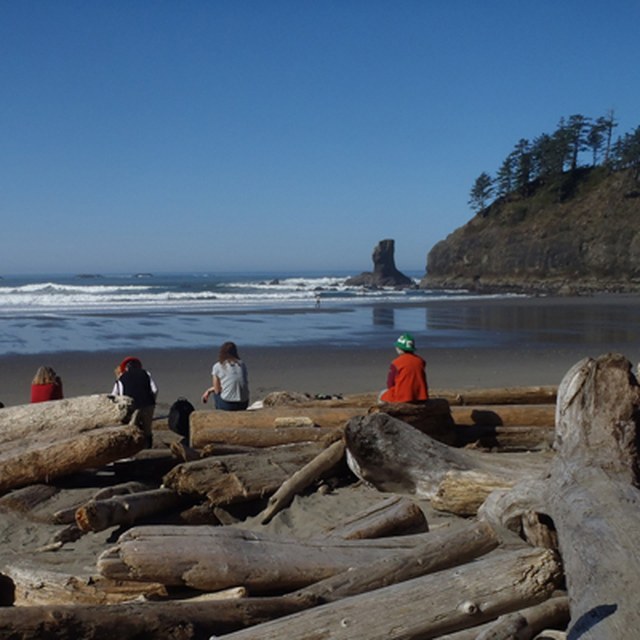 Volunteers take a break to enjoy the incredible views and sunshine at Second Beach. Photo by Megan Mackenzie.

The Second Beach crew have been enjoying more than blue skies and beach views though: part of what makes up a Volunteer Vacation a vacation is the catered food. The Second Beach crew has been fueling up on elk stew, steamed clams, and salmon. The vegetarians on crew have been eating just as well, chowing down on grilled portabella mushrooms, pasta, soup and sandwiches.

Sign up for a featured volunteer vacation trip in 2013

If a catered week working on trail in spectacular locations around the state sounds right up your alley, then check out one of the featured Volunteer Vacations that still have spaces open. The fee for a week of catered fun on trail is $245 fee ($205 for WTA members). Sign up with a friend or come along on your own: you'll make friends on the trail.

Know a high school student who would love nothing better than to spend a week in the wilderness this summer? > Check out the youth volunteer vacations. 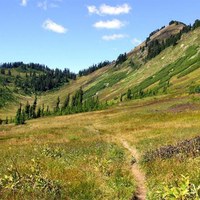 The PCT near Kodak Peak. Photo by Harney

You'll start this trip with a moderate 6.5 mile backpack into camp (we've got all the food, so your pack will be pretty darn light for a week in the wilderness).

You’ll spend a week brushing, fixing drainage and restoring tread on a scenic trail that feeds into the iconic Pacific Crest Trail in the Glacier Peak Wilderness.

On your day off, chill in camp or hike up to the aptly named Kodak Peak for 360-degree views of pure alpine bliss. Snap a few photos of the surrounding White Mountains, Mount David and Glacier Peak before you head back down to camp. 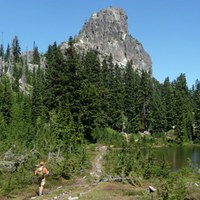 A view of Cathedral Lake. Photo by Steve Podleski

Work in the shadow of the hallowed spire of Cathedral Rock on this trail that has long needed work.

You’ll camp at Squaw Lake, a justifiably popular day hike where you’ll be able to take a mountain-lake dip or fish for trout at the end of your work day.

You and your crew will work towards Cathedral Pass, digging out iceberg rocks, repairing drainage, evening out tread and filling turnpikes.

Go explore the big rock up close on your day off, and just beyond the pass push on to Peggy’s Pond—a likely home for fairies if ever there was one. Get details and sign up. 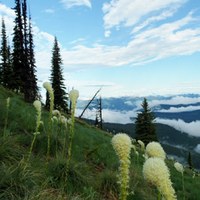 Hidden away in the northeastern corner between Idaho and Canada, experience the remote allure of the Colville National Forest combined with the comfort of car camping. Your crew will camp in Gypsy Meadows and work on nearby trails.

The Salmo Wilderness is home to a number of rare and endangered species, including Mountain Caribou, lynx and wolverines.

On your day off, hike up to the glorious views on the Shedroof Divide. Get details and sign up.

The dates don't work for you or your family? See all the Volunteer Vacations with open spaces.