Skip to content
See a Spotted Skunk or Snowy Plover? How Hikers Can Contribute to Wildlife Research Spot wildlife on a hike this winter? After you file a trip report, take one more step to contribute to conservation science. https://www.wta.org/news/signpost/help-contribute-to-wildlife-research https://www.wta.org/news/signpost/help-contribute-to-wildlife-research/@@download/image/Short Eared Owl at Skagit Wildlife Area Photo by Michelle Thornton..jpg

See a Spotted Skunk or Snowy Plover? How Hikers Can Contribute to Wildlife Research

Spot wildlife on a hike this winter? After you file a trip report, take one more step to contribute to conservation science.

Earlier this summer, a man spotted a female wolverine with her kit. It was an incredibly rare and special sighting, one of only a few times in our agency’s history that a wolverine kit has been seen in the wild here in Washington. He snapped a photo and shared his sighting with us here at the Washington Department of Fish and Wildlife. 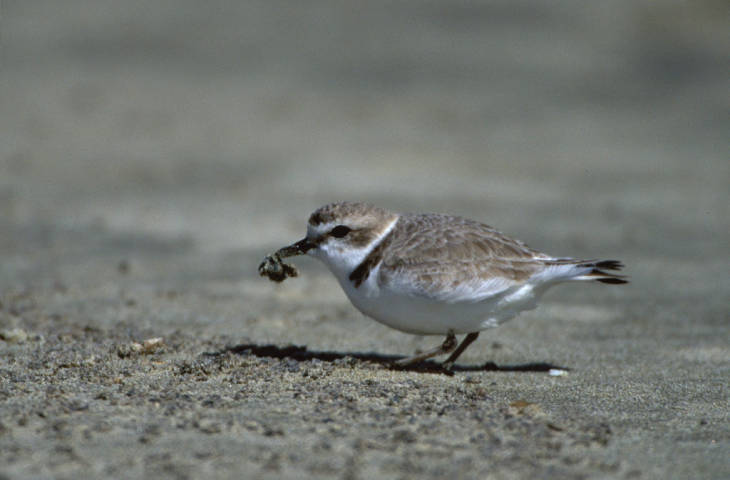 This picture of a western snowy plover, a Species of Greatest Conservation Need, is from the USFWS National Digital Library. Photo by D. Pitkin.

Biologists returned to the area to set out camera traps and hair snares (a non-invasive way to collect DNA samples) to try to get more information on the pair. There are very few wolverines in Washington, and they are among the species considered most vulnerable to climate change. This opportunity to learn about the mother and baby of a species we’re studying closely wouldn’t have been possible without the help of the man who submitted his photo to us.

That’s the power of community science.

Step outdoors and contribute to science

Any time you step outdoors, there’s a chance you’ll see wildlife. If you happen to spend extended time outdoors — be it hiking, camping, kayaking, mountaineering, or some other fun activity — there’s an even better chance you’ll spot wildlife. These sightings can provide valuable information to wildlife researchers and managers. 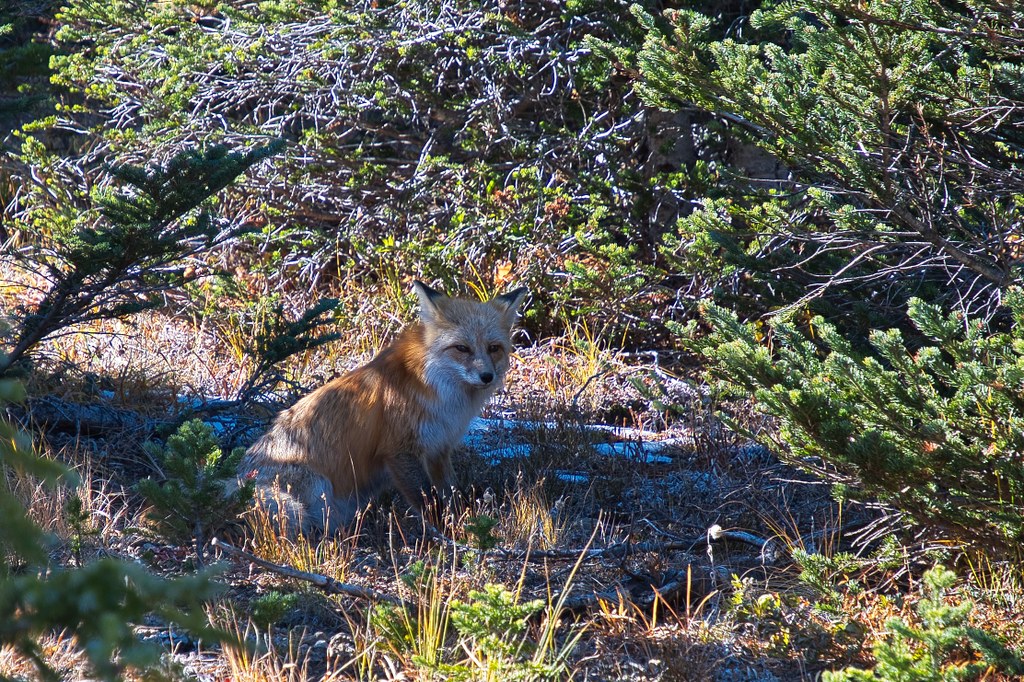 The Washington Department of Fish & Wildlife (WDFW) wants to hear about your encounters with wildlife, no matter how big or small they may be or seem. Your field reports about wildlife, such as what species you saw, the location, and the behavior you observed, can help WDFW better understand the distribution of these species.

Who, what, when, where

For information to be most helpful, try to capture the following information:

Example: “I was running the Wilderness Peak Loop and came around a curve and saw a black bear sow with three cubs. All four climbed up trees, so I moved off trail and slowly walked past the trees, talking in a calm voice the whole time. I did not see them again. This was around 2 p.m. on Wednesday, Aug. 15.” 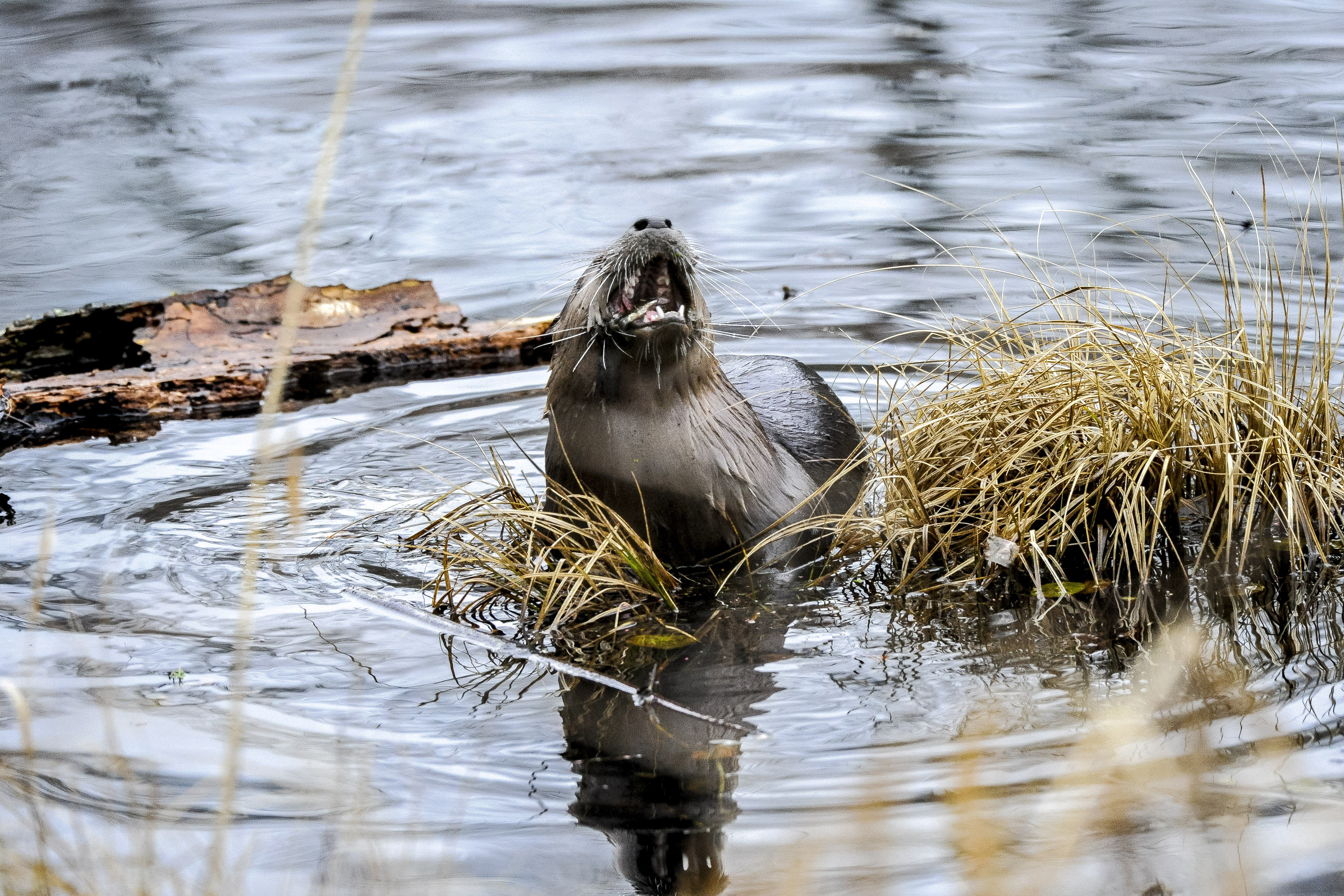 Once you submit a wildlife viewing report, you might receive a phone call or email from WDFW staff to follow up on your report. (We just want to make sure we get as much information as possible, including any photos you may have taken.) The information you provide will then be put into our database and used to inform management decisions and future research. For example, if certain species are being reported in areas where they’ve never been seen before, this can help us to learn if they’re moving to new areas.

Wildlife to watch for this fall and winter

While WDFW is always interested in hearing about the animals you see while you’re out on the trails, there are some that are of particular interest. These animals are known as Species of Greatest Conservation Need — these animals are uncommon or rare, or are represented by small populations. These are species that are listed as threatened, endangered or sensitive, as well as additional species thought to need conservation attention.

Some species you might see this fall and winter include:

Check out the full list of Species of Greatest Conservation Need species. 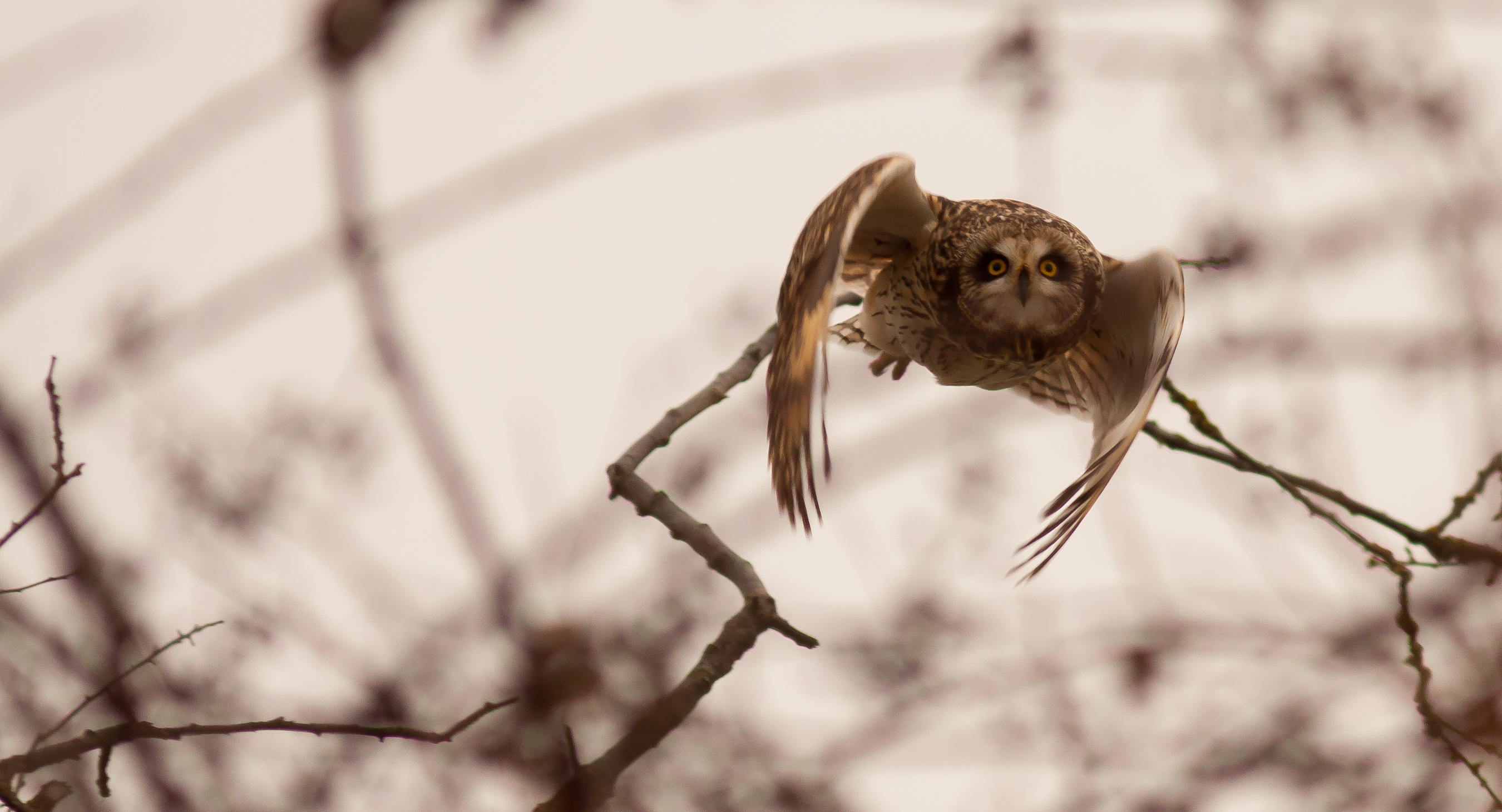 Keep an eye out for short-eared owls at the Skagit Wildlife Area. Photo by Michelle Thornton.

Community-powered science can be more involved than just sending in photos and reports. Check out the links below to learn more about a few community science projects in which WDFW is involved. Whatever your interests are, there’s probably a project you can join. If there’s not, there’s no better time to start a project on your own. Email wildthing@dfw.wa.gov with the subject “Citizen Science” to get more information. 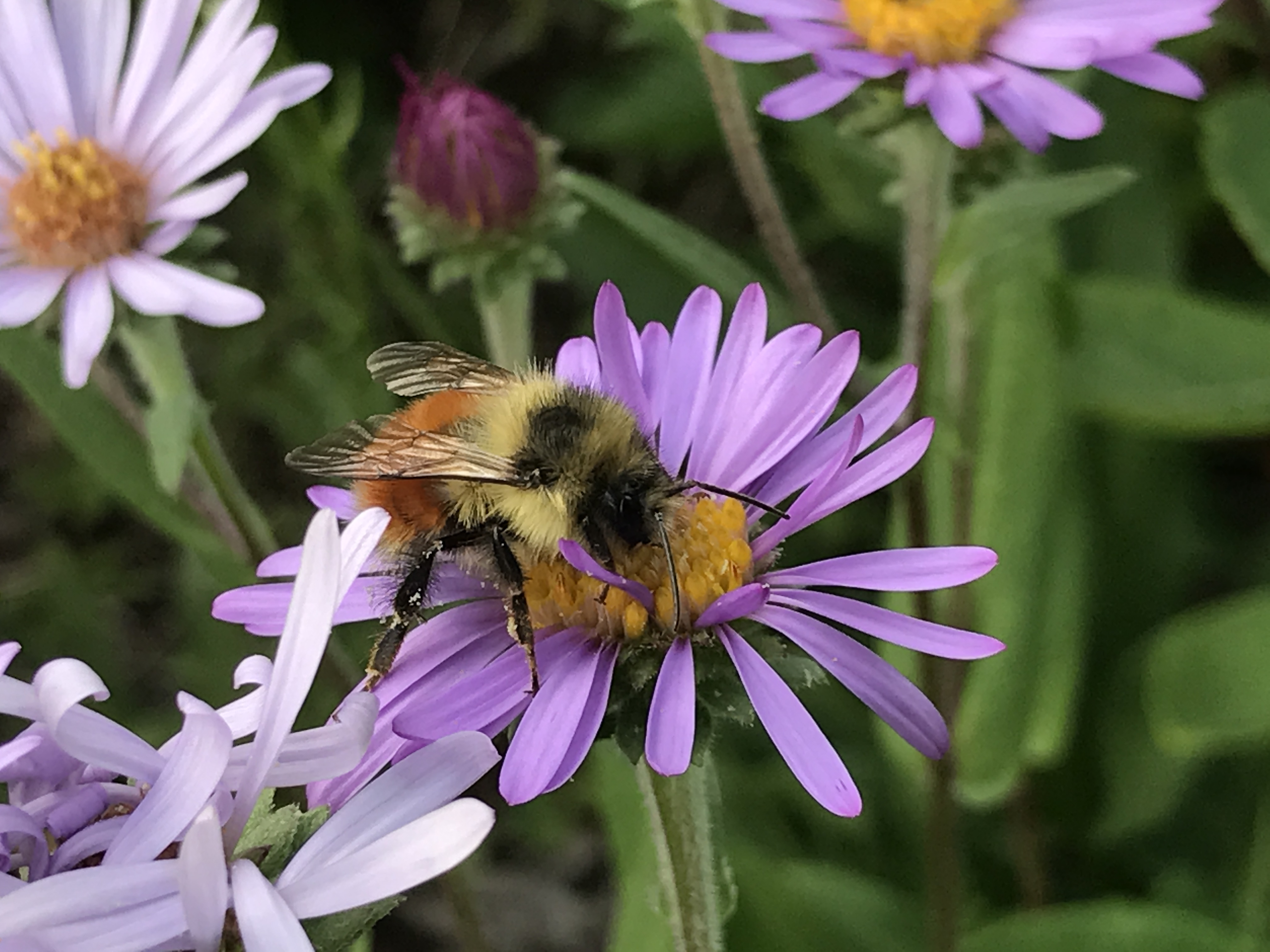 Remember to look out for bumblebees collecting pollen, like this one from Mount Baker National Forest, next summer. Photo by Maria Garcia.

ejain on See a Spotted Skunk or Snowy Plover? How Hikers Can Contribute to Wildlife Research

Does anyone from WDFW monitor iNaturalist? That's where I upload interesting observations, and some organizations like the Portland zoo are now using that site for "citizen science" projects...

Loren Drummond on See a Spotted Skunk or Snowy Plover? How Hikers Can Contribute to Wildlife Research

Oh good call, ejain. iNaturalist is great resource! Will pass along to our friends at WDFW just in case they don't yet.

Tuoichen on See a Spotted Skunk or Snowy Plover? How Hikers Can Contribute to Wildlife Research

WTA seems to need serious education concerning citizen science (CZ). I was very disappointed in the article concerning citizen science in Washington Trails Magazine. WTA writers grasp only part of the power of CZ; they don't seem to understand that CZ does not necessarily need to be part of any coordinated project or activity. (Even though those are laudable, of course.) Casual observations can be powerful when there are enough of them and and when they are sustained over extended times and areas. CZ observations can become powerful through the use of web based, reviewed data repositories such as iNaturalist, my favorite. Birders use ebird, I believe. The "reviewed" part is important. Once two or more participants state that some observation shows some specific species, the observation becomes much more credible than a statement by the observer alone. Sites such as iNaturalist make the review process possible, they make all observations public, available to everyone. Of course, the bulk of observations is also available for study by researchers. And finally, iNaturalist has a crucially important mechanism of obscuring the location of sensitive observations of, e.g., endangered species for reasons of their protection against unscrupulous poachers or collectors.

I hope that somebody at WTA is listening to the discussion here. I think WTA needs to extend coverage and promotion of CZ in its various formal and informal publications to give folks an idea of the full potential of CZ. Email tuoichen@gmail.com if you want my 2 cents worth...

Jessi Loerch on See a Spotted Skunk or Snowy Plover? How Hikers Can Contribute to Wildlife Research

Thanks, Tuoichen, for reading the magazine and blog. And for sharing your interest in how people can get involved in science. INaturalist, eBrid and other similar efforts are exciting and powerful ways to advance science.
For this story and the story in the Nov+Dec 2018 magazine, we were highlighting some of the efforts specific to Washington state. In fact, the MeadoWatch project does take advantage of date from iNaturalist. We hope that the stories show the many ways hikers make a different in the world — and we look forward to telling more of those stories.