Funding for LWCF and federal trail maintenance backlog could be in reach. And a lot of backcountry permits open up soon, including Mount Rainier and North Cascades national parks and Mount St. Helens.

It’s March 12. Some key federal funding legislation for trails has traction in the Senate. And a lot of backcountry permits open up soon, including Mount Rainier and North Cascades national parks and Mount St. Helens.

Here’s some news you might have missed while out on trail this week. 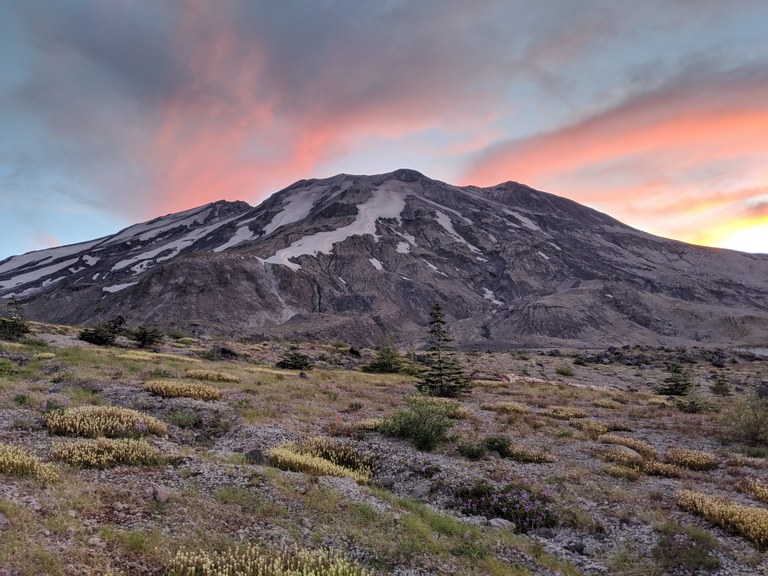 A view of Mount St. Helens from the Loowit Trail. Photo by Philip Weinberg.

Federal funding (good) news: Landmark legislation for federal public lands has been introduced in the Senate. The  Great American Outdoors Act (S. 3422) would fund the Land and Water Conservation Fund (LWCF) at $900 million per year and provide $1.9 billion per year for five years to address some of the massive trail maintenance backlog on federal lands. WTA and the outdoor community have been advocating for this funding for years, and it is exciting to see both pieces of legislation come together simultaneously.

Climb a volcano! If you’d like to summit Mount St. Helens later this year, permits go on sale at 7 a.m. Wednesday, March 18. From April 1 to October 31, the number of permits to climb St. Helens is limited to protect the ecosystem. The trip up the volcano isn’t a technical climb, but it is still challenging.

Speaking of permits: If you would like to go backpacking in Mount Rainier or North Cascades National Park this year, now would be a good time to start thinking about your permits. Permit applications for both parks open on Sunday, March 15. Olympic National Park has a rolling 6-month window for permit applications.