It's June 18. WTA commits to standing against racism. Juneteenth is tomorrow, here are a few ways to honor the day. Expect major delays if you're hiking the Enchantments soon. And funding for public lands is making progress in Congress.

It's June 18. WTA commits to standing against racism. Juneteenth is tomorrow, here are a few ways to honor the day. Expect major delays if you're hiking the Enchantments soon. And funding for public lands is making progress in Congress. Here's some news you might have missed while out on trail this week. 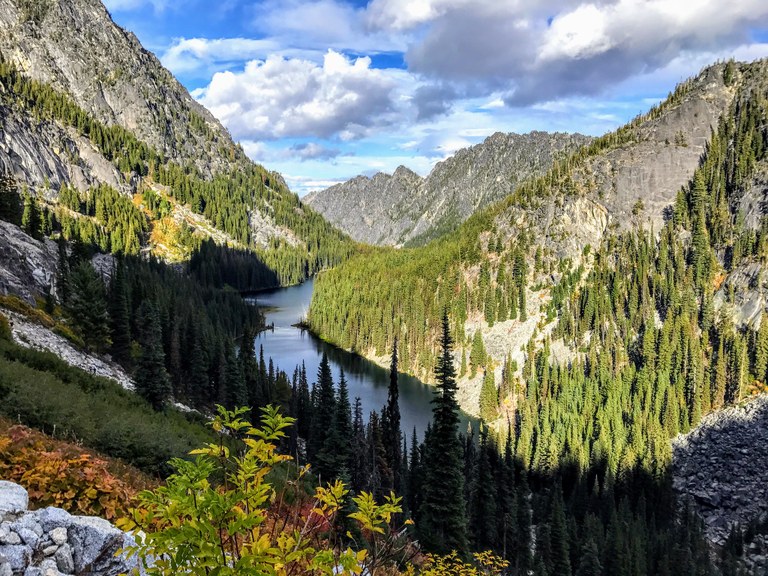 Hikers should expect long delays in coming weeks on the trail to Snow Lake, a popular route into the Enchantments. Photo by Katie Collins.

Standing against racism: As the national conversation continues to focus on the tragedies that result from systemic racism in the United States, we want to reaffirm our commitment to standing for justice. We’ve been doing this work for several years, and we know we have a long way to go. Here’s an overview of what we’ve done so far, and where we’re going — as well as information to learn more about inequity and organizations that are leading the way to a more just future. We hope you’ll join us on this journey.

Juneteenth: On June 19, 1865, soldiers landed in Galveston, Texas, with the message that enslaved people were now free. Celebrations on Juneteenth reflect on the history and continuing effects of racism and look ahead to a better future. Here are a few events to help you learn and reflect:

Making progress: This week, the Great American Outdoors Act passed the Senate. This historic piece of legislation combines funding for two bills that WTA has long championed: permanent funding for the Land and Water Conservation Fund (LWCF) and billions of dollars to address the maintenance backlog on federal lands. Next up, the bill is headed to the House for a vote. Sign up for our Trail Action Network to stay up-to-date, and be on the look out for a way to contact your legislator to ask for their support.

Trail work in The Enchantments: Expect major delays if you're heading into the Enchantments in the next two weeks. U.S. Forest Service trail crews are doing blasting work to remove a major landslide between Nada and Snow Lakes from June 22 to June 25 and possibly June 29 to July 1. Trail guards will stop hikers coming through the area while blasting is occurring, which may result in delays of up to four hours. One day thru-hikes of the Enchantments are strongly discouraged during these dates, because multi-hour delays will extend an already-long day hike.