Skip to content
Ice Caves Are Dangerous, So Keep Your Distance Ice caves, like those at Big Four Ice Caves, pose a very real threat to anyone venturing in or near them. No matter how well-compacted or safe the snow may seem, always err on the side of caution and stay out of ice caves. https://www.wta.org/news/signpost/ice-caves-are-dangerous https://www.wta.org/news/signpost/ice-caves-are-dangerous/@@download/image/ice-caves-winter-thebrink.jpg

Ice Caves Are Dangerous, So Keep Your Distance

Ice caves, like those at Big Four Ice Caves, pose a very real threat to anyone venturing in or near them. No matter how well-compacted or safe the snow may seem, always err on the side of caution and stay out of ice caves.

Over the weekend, an avalanche slide of large ice chunks trapped two hikers inside the ice caves at Big Four Ice Caves. While the hikers were, thankfully, unharmed and able to free themselves, the incident serves as a stark reminder about the dangers of approaching or entering the ice caves.

Signs all around the popular Big Four Ice Caves caution hikers and snowshoers not enter the ice caves that form there, and for good reason -- the area in and around the caves is dangerous in every season.

At Washington Trails Association, we're all about helping you discover the natural wonders to be found along Washington's trails. But we want you to return home safely, too.

Snow and ice are extremely volatile. Regardless of weather, temperature, or snow pack, ice caves in Washington pose a very real threat to anyone venturing in or near them. No matter how well-compacted or safe the snow may seem, always err on the side of caution and stay out of ice caves.

It is never safe to enter an ice cave, but the caves at Big Four pose a particular danger if you venture beyond the viewing platform at the end of the trail. 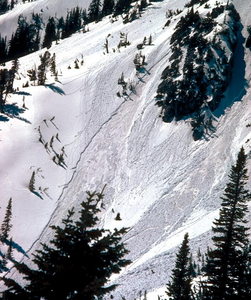 They [loose-wet avalanches] can contain enough mass to cause significant damage to trees, cars or buildings. Photo and quote by Northwest Avalanche Center.

The waterfall that runs behind and through the caves year-round keeps the snow weak, and in winter, it can break free at any time as a loose wet avalanche, flowing downhill and trapping any hiker who had ventured inside one of the caves.

The Big Four Ice Caves have claimed the lives of at least two hikers in the last decade, including a Bothell woman in August of 1998 while she was hiking with her family, and an eleven year-old girl as recently as 2010. Aside from these tragedies, collapsing ice bridges and avalanches have injured hikers on many other occasions, once trapping a group inside a cave and another time crushing a hiker who had ventured in alone.

Never visited Big Four? The trail to view the caves is wonderful and well worth a visit by beginner hikers. Just mind the warnings once you reach the end of the trail, and stay far away from the caves. If you wait long enough, you might even catch a distant avalanche in action across the valley (a sound you won't soon forget).

The ice caves begin to appear as the weather warms, usually around early summer. But higher temperatures makes for weaker snow, and the caves are no less dangerous even when winter's avalanche danger passes.

Hikers who venture onto ice fields that make up the roof of ice caves run the risk of treading on thin ice (literally), breaking through the roof of a cave and crashing many feet to sharp rocks below.

Hike safe, hike smart and keep each other safe

Ice caves are natural marvels, and the temptation to explore them up close can be strong, but be aware of the consequences. Tons of snow and ice can move quickly, and a quick photo op can become a dangerous, even deadly situation in the blink of an eye. The best option is to admire these from afar.

We want everyone to come home from their hikes safely.

When you file a trip report, remember that other hikers may be following in your footsteps. Be sure to mention potential dangers to each other or recommended experience levels for technical trails you report on. If you have any questions about accuracy, liability or monitoring of user-generated content like Trip Reports on our website, please refer to our Terms of Service. 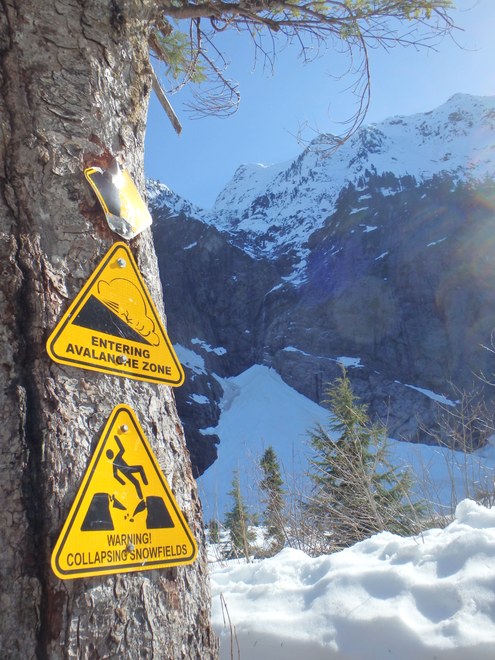