Skip to content
Learning and Growing on WTA's Volunteer Vacations We caught up with volunteers from years past to see how the skills they gained have helped them with new adventures. https://www.wta.org/news/signpost/learning-and-growing-with-wta https://www.wta.org/news/signpost/learning-and-growing-with-wta/@@download/image/Cliff tree basin crew shot Yen forth from left by Barbara Budd.JPG

We caught up with volunteers from years past to see how the skills they gained have helped them with new adventures.

Backpacking can be intimidating if you haven’t done it before. But it’s also an amazing way to get out into the backcountry, to challenge yourself and even to find a new way of being. Sometimes, though, a smaller step toward that challenge can be helpful.

Three folks who have used WTA’s volunteer vacations as that first step toward new adventures share their stories, including how those trips shaped other parts of their lives.

Why did you choose to do your backpacking trip as a WTA volunteer vacation?

Yen Flannigan: I was raised in the city, and because of the war (in Vietnam), we were not allowed to venture too much into the wilderness. Because I wasn’t raised camping, I hadn’t thought about doing those things. I thought people of my age only car camped, but I heard that there were older people backpacking, and people of all ages signing up for WTA. I thought, “Why shouldn’t I try this?” I was turning 60, so I decided that was the time to do it. I had been on a day work party with WTA and I’d never been pressured to do anything beyond my abilities. Fun and safety come first, and that works for me. Because it was WTA, I felt I would get enough support for my first experience. I was not wrong. 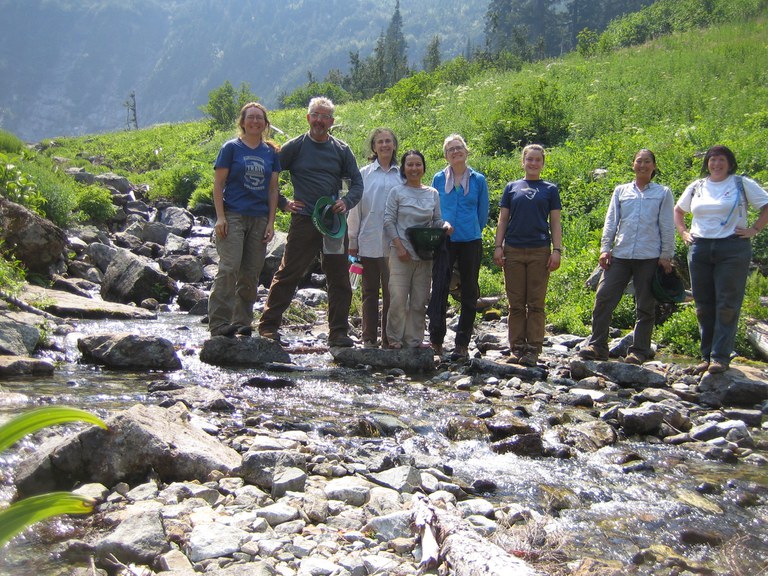 Carmen Parisi: I hiked with my daughter to help her get in shape for an Outward Bound trip when she was a teenager, so that’s how I got into day hiking. I hiked with her, and I thought, “My god, it’s really beautiful here.” Backpacking was something I wanted to do, but I had no concept of what it entailed. A friend told me about WTA. There were day trips available, but I wanted it to be a bigger adventure.

Holli Dexheimer: I had taken an outdoor course, but then signed up for a day trip with WTA. I discovered that I enjoyed trail work far more than I enjoyed the outdoor course. WTA trips made me feel strong and capable. When you can move boulders with a rock bar and it’s just you doing it, it’s really powerful.

I always wanted to go camping or backpacking, but never knew anyone who knew what they were doing or wanted to go with me. I saw volunteer vacations, and I love trail work. The first was a car camp, so I didn’t have to carry anything a long way. Or food. Or the stove. Lighting the stove was a big hang-up for me. What I liked about volunteer vacations was that all I had to worry about was bringing my clothes and making sure I could set up my tent. That was it. From that trip, I realized that it wasn’t as scary as I thought it would be. 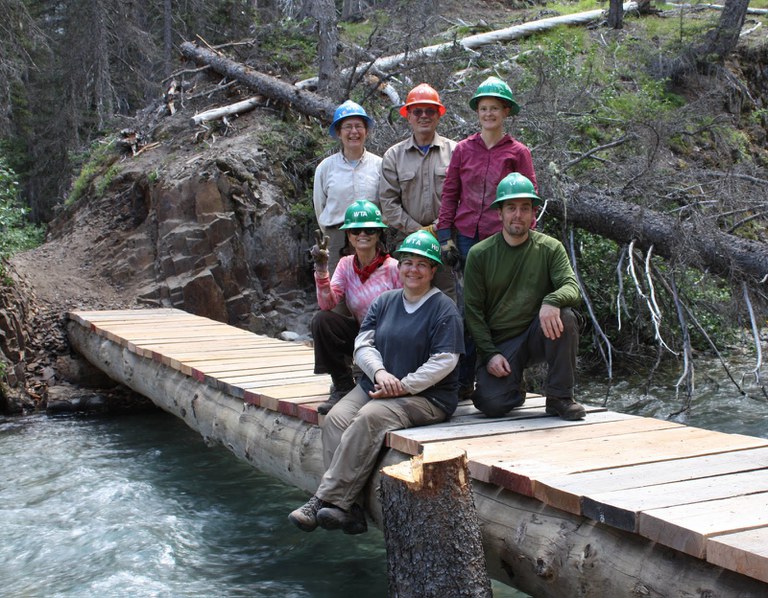 Holli (front and center) on the bridge during a volunteer trip to Tieton. Photo courtesy Holli Dexheimer.

The next volunteer vacation was my first backpacking trip, so that was a little intimidating. I decided I was comfortable enough being in a tent, so the next hurdle was carrying things. I practiced packing my backpack before I went. But I still didn’t have to worry about food. Or that stove.

What was the impact of these trips on you? Did it change your feelings about yourself and your abilities?

Yen: I got support from my leader, and that was important in my first backpacking experience. I gained a lot of self-confidence in my physical ability. I am short, and couldn’t carry as much as others. It helped me see I could do things. That was a big thing for me. It also increased my confidence that I could learn new stuff, like setting up camp by myself and even helping others in the group — not feeling helpless, which is great. There were many times while we hiked in to the camp that I wanted to turn around. Now, when I talk to other people who say, “I haven’t done that before. I can’t do it.” I can say, “Look at me. I can do it. So can you.” 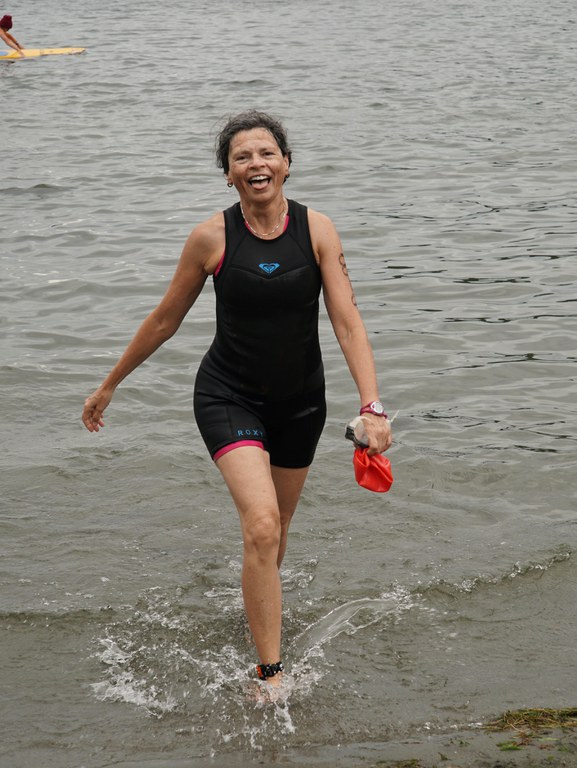 Carmen: It was a life-changing experience for me. I’d never done physical labor before and didn’t realize how strong I could be. Learning to wield an ax and shovel, move rocks. Learning to poop and pee in the woods. Getting cold and figuring out how to get warm. Now, I take the Ten Essentials seriously. I have an appreciation for being prepared for an emergency or spending the night in the woods. I’d be ready for that.

I learned that you can embrace life and do what you want and go for it. Just because something seems hard doesn’t mean it can’t be fun. I’ve become more outdoorsy and athletic. I’ve gone snowshoeing, which I’d never done before. I completed a triathlon in 2018. And I became what I call an adult-onset swimmer. I took swimming lessons, and I learned about a swim that happens every year across Lake Washington. I’ve done it five times now. So I’ve done some really hard things since then. There’ve been tears, but on the other side, I can say I’ve done it and I have a smile on my face. I would not have done those things without WTA.

Holli: It wasn’t as if we hiked very far, but we hardly saw anyone, so it felt like we were way out in the middle of nowhere. It wasn’t as scary as I’d made it up in my head. I got braver on future trips. Well, maybe not braver. I think I got more confident. It gave me the confidence to be willing to take the next step and learn how to use the stove, to go on regular backpacking trips and not be supported. It reinforced that there’s nothing better than waking up on a really crisp, cold morning, being able to unzip the tent and see the amazing view. It’s great to be self-sufficient, to be able to take care of yourself and not be afraid. And I helped another person on the trip, which made me realize I was more capable and skilled and knowledgeable than I thought I was.

I love taking people on hiking trails. Among my friends, I’m now the one who is experienced. I’m the one who’s prepared and carries the Ten Essentials. I love saying, “See that log, I put that log there. See that rock wall, I built that.”

Note: Holli has since become an assistant crew leader with WTA and loves supporting other folks who come out for the first time.