Skip to content
Meet the Trail Community: Politician As the Policy Advisor for Outdoor Recreation and Economic Development, Jon Snyder is tasked with evaluating the role Washington’s outdoor recreation industry plays in bolstering the state’s economy as a whole. https://www.wta.org/news/signpost/meet-the-trail-community-politician https://www.wta.org/news/signpost/meet-the-trail-community-politician/@@download/image/main-image.jpg

As the Policy Advisor for Outdoor Recreation and Economic Development, Jon Snyder is tasked with evaluating the role Washington’s outdoor recreation industry plays in bolstering the state’s economy as a whole.

As the Policy Advisor for Outdoor Recreation and Economic Development, Jon Snyder is tasked with evaluating the role Washington’s outdoor recreation industry plays in bolstering the state’s economy as a whole. With a rich background of living and playing on the trails and hills of Washington, Jon is more than up to the task.

Jon Snyder stands near Capitol Lake on a break from his office on the capitol campus. Photo by Anna Roth.

“Growing up in Spokane, the first camping experiences I remember strongly are from Northern Idaho and Spokane. There is a pretty amazing array of lakes and camping opportunities in that area. My family would go to a campsite and then what do you do next? You look for a trail. A trail that goes around the lake, the trail that goes up a hill...there’s always somewhere to explore.”

Even close to home, Jon explored his home on lower South Hill, near a place called The Bluff.

“When I was in gradeschool, I started going to The Bluff. There’s a lot of elevation gain in there, and it was all criss-crossed with bootpaths. It was the 70s and early 80s, very casual. We’d just hop on the trail and go. Any cool place I wanted to get to from my neighborhood, I had to get there with a trail.”

Though trails played a big role in Jon’s childhood, he didn’t initially seek a career in the outdoor industry. His involvement in Washington’s largest economy sprang from an interest in publishing.

“When I moved back to Spokane to raise my kids, I’d been working in the consumer information business – I had worked at magazines a lot.”

But there were few jobs to be had in magazine publishing. As Jon cast about for ideas, he noticed a common theme in his conversations. 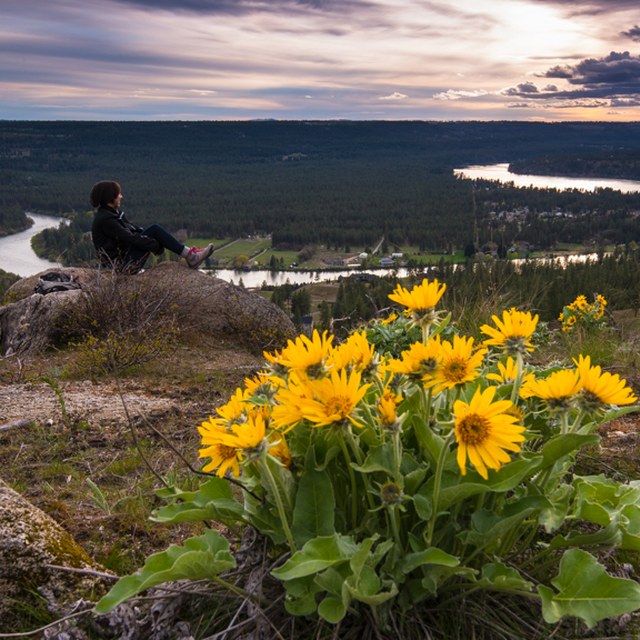 “Every time I met someone who was living in Spokane or who had moved there from somewhere else, they brought up outdoor recreation as the best thing about the area. People said they loved the trail running, the river, the skiing, the backpacking, and I thought, ‘That many people can’t be wrong!’ ”

But there was no outdoor recreation resource that served the Spokane area, so Jon started a magazine called Out There Monthly, which focused primarily on non-motorized recreation. It offered a mix of opportunities for locals and tourists, low-key recreators and stoke-focused folks alike.

In addition to his work at Out There Monthly, he joined the City of Spokane as a councilmember for six and a half years.

“I was elected on a platform of supporting small business and promoting active forms of transportation, like biking and walking. As a councilmember I voted for more money and new projects on the Spokane Centennial Trail. It’s just great. It connects two states, cities, and counties.”

It’s also an artery for people using those alternate forms of transportation to get around and through Spokane, and it’s one of Jon’s favorite trails.

“I have the most intense relationship with that trail. I’ve crashed on it, I took my kids for their first overnight bike rides on it, I’ve had three generations of my family on it – we took my dad and my kids out on that trail a lot.”

About a year ago, Governor Inslee appointed Jon to be the first Advisor of Outdoor Recreation and Economic Development in Washington. I asked him what makes him excited about the role.

“I love public policy. I’m friends with our Poet Laureate Tod Marshall, and he has this book called Range of the Possible. I love that phrase, because I like to think of public policy as just that. If we can come together to create a solution that we can’t do on our own, it can be a very fulfilling way of working. I believe in the power of government to achieve that. I’m fascinated to see the full range of what’s possible, and along the way, what works well, what doesn’t, and how we can learn from it.”

And what’s the solution Jon is trying to find?

“I want more access for more people in Washington to more trails more of the time. It sounds simple but it’s a complex problem. As a state we need to be committed to making sure children have access to outdoor experiences. I want a kid in Odessa to have the same access to trails as a kid in Rainier Beach, because we need them to care about these places for the future.”

Governor Inslee is a staunch supporter of trails, our National Park and State Park systems, and ensuring access to the outdoors to as many people as possible. But the outdoor rec economy provides more than a financial boost to local companies, and more than mental and physical health benefits to people who head outside.

Jon explains, “Even if you never set foot on a trail, you can benefit from a healthy outdoor environment.” He uses the Middle Fork Valley as an example. 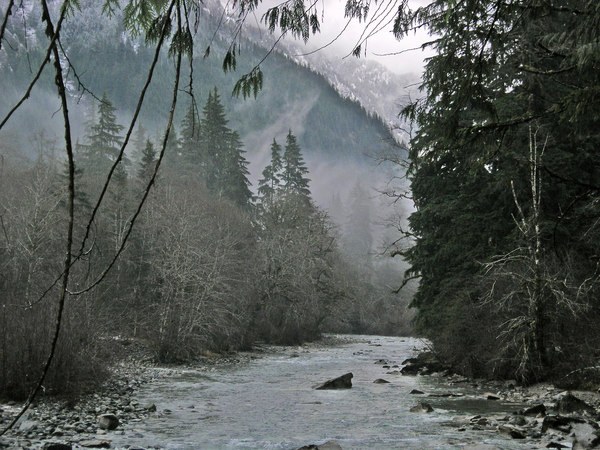 Preserving a healthy ecosystem in the Middle Fork Valley provides benefits even if you never step foot there. Photo by bev.

But there are obstacles in the way of people having access to Washington’s little recreational Disneylands. A major one is transportation and parking. Can we implement a better transit system so cars don’t impact the ecosystem as much? If we get transit up and running, will people utilize it?

And what about the generation who isn’t growing up with a “traditional” outdoors background? For trails to be there in the future, the youngest generation has to care about them now. If they can’t get to them, how will they create a connection with them? The answer has echoes of Jon’s childhood spent exploring trails near his home on South Hill -- urban trail networks.

“Instead of taking people to trails, we need to take trails to the people.”

The trails at Heritage Park and Capitol Lake are excellent recreation opportunities close to the heart of Olympia. Photo by Anna Roth.

During our interview, we walked around the Capitol campus in Olympia along The Heritage trail. Jon likes it, and considers it an example of how we can bring trails to the people.

“This is an awesome amenity. But urban trails are harder to make a reality – you have to get right of way, secure funding, deal with multiple users and their needs, and it’s all on a larger scale than a dirt path.”

The day we talked, it was late afternoon on a weekday, yet we still saw dozens of visitors using the trail; families visited the park and boardwalk near Capitol Lake, bikers whizzed by on the paved section along Capitol Lake, joggers panted past us, and a few folks stopped with us to snap photos of the otters who surfaced at the lake at the end of our walk.

Otters playing in Capitol Lake, near the Capitol campus in Olympia. Photo by Anna Roth.

Jon reflected on the value of these trails and what he’s looking forward to tackling during his time in the office.

“Making them happen can be a challenge, but it’s a challenge worth fighting for.”