WTA's Youth Ambassadors Are Doing More Than Ever

WTA’s Youth Ambassador Program was started in 2012. Since then, 29 youth volunteers have completed the program, and 6 of those remained involved over multiple years.These motivated young people have reached more than 1200 of their peers with information about youth volunteer opportunities with WTA. At program's end in 2012 and 2013, we asked their opinion about their experience with the program. The most consistent piece of feedback we heard was that they found the time they got to spend together valuable; they wanted more opportunities to network with one another. 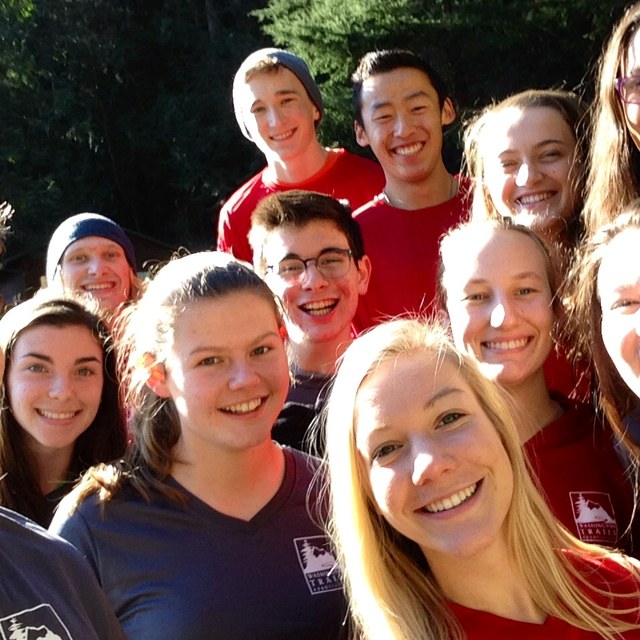 The 2014-15 Youth Ambassador cohort poses for a selfie. Photo by Tristana Leist.

Training teens for the future of trails

In response to their comments, WTA changed the Ambassador Program to include a weekend-long Summit in 2014. The summit was held November 14-16 and was a mandatory part of the 2014-2015 program. At this event, participants learned about WTA’s history and various programs and practiced interacting with their peers about opportunities with WTA. They also scripted, filmed and starred in a video for new volunteers about how to pack for a youth vacation. Additionally, they attended trainings on starting an outdoor club, fundraising, writing resumes and cover letters, and contributed their ideas for how the Youth Program should celebrate WTA’s 50th Anniversary in 2016.

Sharing WTA with their communities

At the conclusion of the Summit, each Ambassador started an action plan for two WTA projects. Some made goals to encourage their friends and classmates to get outside by taking them hiking and writing trip reports about their adventures, others plan to organize their own private work parties with their science classes, their school's National Honor Society or Earth Club, and one Ambassador plans to continue with helpful videos and make a How to Pack: Backcountry Trips video for future volunteers. We were thrilled to have 12 Ambassadors attend the summit and share their great ideas. Meet a few of them below. All photos by Jackson Lee. 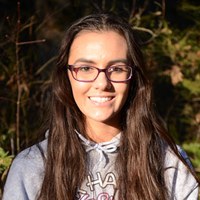 A returner to the Youth Ambassador Program from 2013, Elise is a resident of Oak Harbor. To date, Elise has completed 21 days on trail with WTA, including 4 youth vacations. She was also a panelist representing WTA at the 2014 Washington State Trails Conference in Bellingham. Elise's favorite place to hike is Goose Rock, one of the highest points on Whidbey Island, but she was pretty impressed by Colchuck Lake too.

When asked what she would say to new volunteers, she said: “I would tell first time volunteers not to be worried going in and to not be nervous… just go with an open mind; be open to new experiences and just having a lot of fun.” 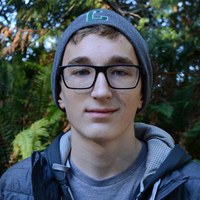 John spent a very rainy week at Battleground Lake State Park last summer on his first WTA Youth Vacation. However, when asked what his favorite memory from his trip was, he had this to say: "Crazy as it sounds, I really liked when it rained a bunch... it’s a good feeling to be in your tent with your rain fly on tight and cozy in your sleeping bag."

John is proof of the effectiveness of the program. He was recruited by a member of WTA's first Ambassador cohort. To new volunteers, he says: "Don’t be afraid that you won’t make any friends and definitely don’t be afraid that they’re going to overwork you, the priorities are safety, fun, then work." 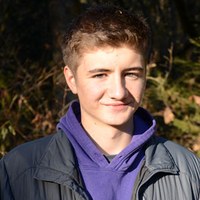 Jack participated in his first youth vacation at the Big Four Ice Caves in 2014. A senior in high school, Jack also recently became an Eagle Scout.

When asked why he decided to be a Youth Ambassador, he told us: “I wanted to come back because I really enjoyed my time on my trip that I went on. I’m a pretty outdoorsy guy, and so being able to tell other people why they should be helping our trail systems is something that I think suites me well.”

We also asked if he has a dream job in mind. His response: “My dream job would be being a mountaineering instructor but making a million dollars a year and getting five months off.” 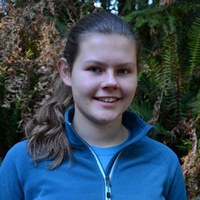 Polly came to WTA through a trail work partnership between Lakeside--her high school--and WTA. She joined us for a week of volunteering at Excelsior Pass. Despite feeling nervous about the hard work, she says she found it valuable.

When asked why it's important for more kids and teens to get outside, she said: "I think especially now that we have all the digital stuff it’s so easy to just look at pictures and say ‘oh yeah, that’s so cool’ and think we’re getting [an outdoor] experience... but it’s very different going outside and learning to appreciate that. And I think if we’re going to protect the environment in the future having the newer generation have an understanding of what nature is and what it can do for them is important."

You’ll hear more about our Youth Ambassadors over the next several months as they spread the word about WTA to their communities, organize work parties with friends, teams and clubs, attend advocacy events, write trip reports, and maybe contribute a blog or two right here.

WTA's Youth Program continues to grow and improve based on the dedication and feedback of our volunteers, especially our Youth Ambassadors. If you or someone you know is interested in volunteering in WTA's youth program, check out our youth volunteer opportunities. To hear more about how to become a Youth Ambassador, email Andrea Martin at andrea@wta.org.