Skip to content
Mining Threatens Trail on Goat Mountain (Again) Gifford Pinchot National Forest gave the green light for exploratory drilling on Goat Mountain. This decision is the latest action in part of an 11 year attempt to mine in this area. Act now to learn more and submit comments to the Forest Service before the October 9 deadline. https://www.wta.org/news/signpost/mining-threatens-trails-on-goat-mountain https://www.wta.org/news/signpost/mining-threatens-trails-on-goat-mountain/@@download/image/Goat Mountain Mine - Mount St. Helens.jpeg

Gifford Pinchot National Forest gave the green light for exploratory drilling on Goat Mountain. This decision is the latest action in part of an 11 year attempt to mine in this area. Act now to learn more and submit comments to the Forest Service before the October 9 deadline.

At the end of August the Gifford Pinchot National Forest gave the green light for a Canadian mining company, Ascot Resources, to begin exploratory drilling on Goat Mountain. Hikers have until October 9 to call on the Forest Service to reconsider. 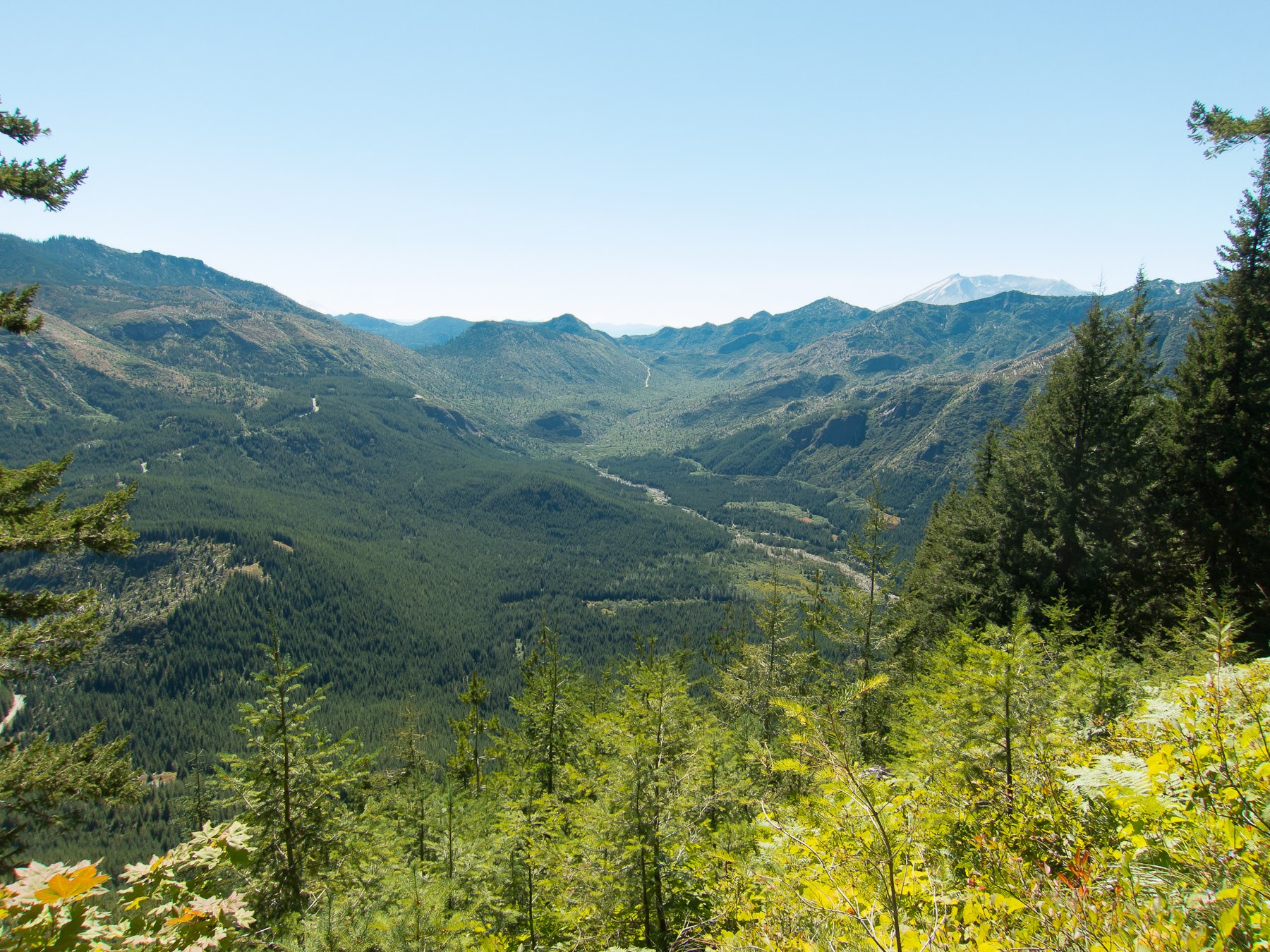 View from Goat Mountain Trail (#217) with Mount St. Helen's in the far right by timandy.

The decision is the latest action in part of an 11-year attempt to mine in this area. This is the second time the Forest Service has consented to issuing a permit for exploratory drilling in the area. The proposed mining project, which is in the backyard of Mount St. Helens, would cause significant harm to the viewshed in the area and could impact the Goat Mountain Trail #217. WTA acknowledges the economic role mining can play in Washington, however, this proposed project area is simply not the right place for a mine given the high recreational value and use of this area.

Exploratory drilling to include 63 Holes at 23 sites

When forest officials released a draft 'Decision Notice and Finding of No Significant Impact' on exploratory drilling near Goat Mountain, they cleared the way for Ascot Resources, a British Columbia mining company, to begin drilling. The company plans on drilling 63 holes at 23 sites just outside the boundary of the northeast corner of Mount St. Helens National Volcanic Monument to assess cores for the presence of gold, silver, copper and molybdenum.

WTA has been working to protect Goat Mountain from mining for more than a decade. In 2006 and 2007, we listed it on our  Endangered Trails Reports due to mining threats. At the time, two mining companies were attempting to open mining operations at Goat Mountain. After hearing from hikers and many others, these permits were denied.

Unfortunately, Ascot Resources made a new permit request to conduct exploratory drilling. The request was initially approved in 2012 by the Bureau of Land Management (BLM), who owns the mineral rights, and the Forest Service who owns the land. However, a lawsuit was filed by Gifford Pinchot Task Force and the court found that approval to mine violated a number of federal public land and environmental laws.

Undeterred by the court decision, Ascot submitted the permit request again in 2016. Analysis done by the Gifford Pinchot Task Force, a nonprofit group working to preserve the natural character of the South Cascades, found that the most recent  proposal does not differ substantially from the one  rejected by the court. After a public comment period last spring, and a long wait on the outcome, At the end of August the Forest Service finally announced it was allowing the project to move forward.

Impacts to trail and public lands

Besides impacting the lovely Goat Mountain Trail, the project has the potential to permanently impact the Lewis River Horse Camp, impair wildlife habitat and impact water quality of the Green River. Furthermore, mining in the shadow of Mount St. Helens strongly conflicts with the environmental and scientific purpose of the Monument.

To add insult to injury, the land where the drilling would occur was purchased by the Forest Service in 1986 from the Trust for Public Land with funding from the Land and Water Conservation Fund (LWCF). Exploratory drilling and mining are not compatible with the recreation and conservation purposes LWCF intends, so the Forest Service should not provide consent for this proposal.

You can help protect Goat Mountain by signing our petition (below) asking the Forest Service to deny the exploratory drilling permit.

Petition signatures are due October 9.

For more information on this project visit the Forest Service's website.

I just returned from a trip to 217 and spoke to a local on the hike who expressed his outrage over the granting of this permit. It will really alter the character of the trail to have exploratory drilling and mining operations in the area. I believe some operations are already underway as I heard blasting and machining during my hike. I've written my objection to the USFS on their comment page and strongly urge other WTA members to write as well.

If approved, the project would cause significant harm to the viewshed in the area and could impact the Goat Mountain Trail #217. Additionally, the project has the potential to permanently impact the Lewis River Horse Camp, impair wildlife habitat and impact water quality of the Green River, which provides drinking water to thousands of Washingtonian's in downstream communities.

We have camped and hiked in the Goat Mountain area for over a decade and have fallen in love with the forest. I have said multiple times in the last week that Gifford Pinchot is my favorite national forest. Please don't allow drilling in the forest. It would be devastating to lose this beautiful, serene area to the greedy hands of this mining operation. My child deserves to show her children and grandchildren this treasure. Do not take that away from us!

The value of this land is much more than the potential monetary value that mining here seems to show. We are destroying our own resources by touching the land for corporate gain. It may seem insignificant in the short-term, but if we allow companies to destroy the land, the damage adds up quickly, and we are the ones who suffer. The earth can get on just fine without humans, but are we really willing to ignore the harm we ultimately do to ourselves?