Skip to content
Name Change: What to Call the Iron Horse Park/John Wayne Pioneer Trail? The Washington State Parks and Recreation Commission is considering renaming the Iron Horse State Park/John Wayne Pioneer Trail and they want your opinion. Speak up and let your voice be heard! https://www.wta.org/news/signpost/name-change-what-to-call-the-iron-horse-park-john-wayne-pioneer-trail https://www.wta.org/news/signpost/name-change-what-to-call-the-iron-horse-park-john-wayne-pioneer-trail/@@download/image/Photo by Shae Wyatt.jpg

The Washington State Parks and Recreation Commission is considering renaming the Iron Horse State Park/John Wayne Pioneer Trail and they want your opinion. Speak up and let your voice be heard!

The Washington State Parks and Recreation Commission recently announced that it is considering a name change for the cross-state trail known as the Iron Horse State Park/John Wayne Pioneer Trail. This 285-mile trail starts in North Bend and runs east to the town of Tekoa on the Washington-Idaho border. 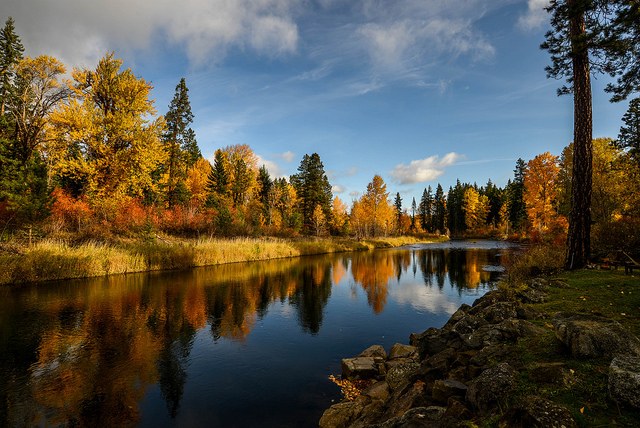 Why the name Change?

State officials believe renaming the trail will help eliminate confusion. As it stands now, the “Iron Horse State Park Trail” actually includes the John Wayne Trail -- the two are one in the same.

Additionally, the current name does not follow the State Parks’ policy for naming trails. According to the policy in place, trail names must be based on geographical locations, significant events, geological features or include native botanical/biological references.

Giving the trail a single meaningful name would not only create clarity for hikers across the state, but also be more representative of the region as a whole and highlight its importance as one of the longest cross-state trails in the country.

Members of the public are being asked to weigh in and give their public opinion on the matter by 5 p.m. Friday, May 4. For more details and information visit Washington State Parks.

Nit: JWPT is the current name of the overall cross-state trail. The Iron Horse State Park is only “one and the same” for the portion from the Columbia River (at Beverly) west to Rattlesnake Lake. So, I guess I’m just validating the point about there being confusion.

I would rather see that money or expenses associated with the name change road, trail signage, maps etc go to trail improvements.. Also if you have two trails before you name it, won't you still have two trail names when you rename it?

Apologies for adding to the confusion. The state site says “technically” the whole thing is the Iron Horse. So, I let them know that they should just drop the JWPT name and leave it the Iron Horse.

I endorse a name change to clarify for the public and to drop the John Wayne reference. A dead matinee star with who held no longer acceptable views on the roles of women and a hierarchy of races does not deserve the honor of having Washington public lands named for him.

I recommend Cascolouse. This is a variant on one of the proposed names. It adds the Columbia into the mix of the Cascades and the Palouse as geographic features the trail can be named for.

I like Cross Washington State Park Trail. Tells what it is.

Cascalouse State Park Trail is the name I like least of all. It has to be explained (a contraction of two other names) and it may be difficult to pronounce "Cascalouse rhymes with caboose? Or rhymes with mouse?" And no to John Wayne Trail--who knows any more who John Wayne is, and why are we naming a trail for him? Iron Horse is sometimes confused with Iron Goat, another trail a few miles north.

Let's go with Cross Washington State Park Trail. Tells what it is.

Leave the name as is! use the money to be spent on a name change for trail improvements!!!

I support "The Iron Horse State Park Trail", I think it fits, and if a third name is added, I think it'll just cause more confusion as people continue to refer to it by all 3 names.