Skip to content
Nature on Trail: Moose, Elephant's Head Washington's wild places are teeming with life. Learn a bit more about two local species, the moose and elephant's head, and where you can find them. https://www.wta.org/news/signpost/nature-on-trail-moose-elephants-head https://www.wta.org/news/signpost/nature-on-trail-moose-elephants-head/@@download/image/moose_Ross Bindler.jpg

Washington's wild places are teeming with life. Learn a bit more about two local species, the moose and elephant's head, and where you can find them.

Washington's wild places are teeming with life. Learn a bit more about two local species, the moose and elephant's head, and where you can find them.

If you give a moose a muffin…it would say it would rather munch on twigs, cattails, water lilies and tall grass for lunch. This has prompted names of mus, moos, moz and mooz from Indigenous Algonquian languages that identify this ungulate as a “twig eater.” 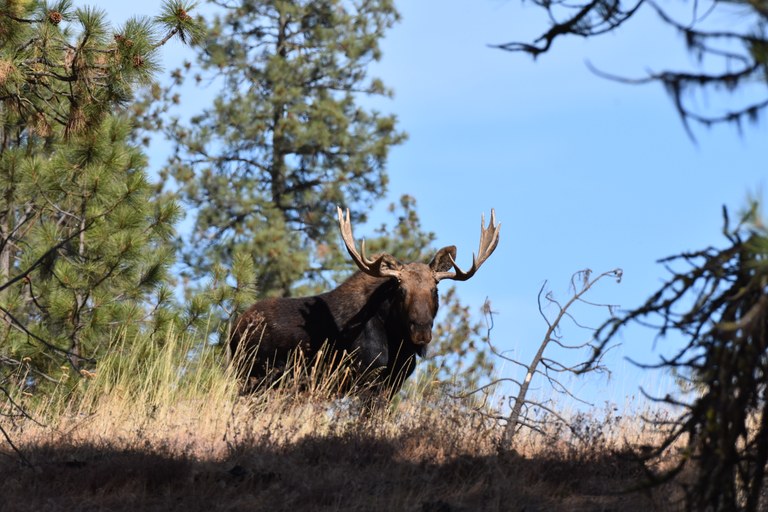 The largest of the deer family is hard to mistake for any of its relatives with its long gangly legs, massive shoulders, palmated antlers, large snout and the dangling flap of skin at its throat. Moose may look awkward, but they can travel up to 35 miles per hour on land.

If asked to come out and play, a moose would say it prefers the spruce of mature boreal forests like the Selkirk Mountains, Okanogan and North Cascades. If it is startled, odds are a moose will quickly vamoose. If one is aggravated, however, call a truce and hide behind a tree; it will soon pass by.

As many as 5,200 of these charismatic herbivores are currently believed to call Washington home. Easily affected by environmental changes, populations are known to follow a boom-and-bust cycle that shows life’s not always easy being a moose. 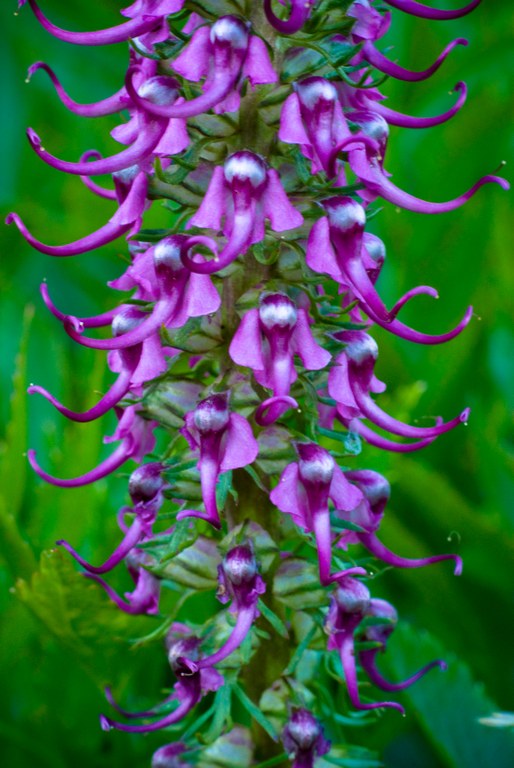 They say an elephant never forgets. And once you’ve had the pleasure of meeting elephant’s head blooming, you’re unlikely to ever forget it, either. Also known as elephant’s head lousewort, this showy plant clearly resembles its namesake — only perhaps its namesake as inspired by a child with a fuchsia crayon. It has clearly visible elephant ears and a trunk, with a whole herd marching up each stalk. While the blooms are usually pink or purple, they can also be white.

Elephant’s-head prefers to grow at high elevations in wet areas, such as along riverbanks or in marshy areas. The plant is parasitic and obtains its nutrients from the roots of other plants.

In Washington, look for it in high, wet areas. It blooms in August or even into September, depending upon conditions.

This article originally appeared in the Summer 2019 issue of Washington Trails Magazine. Support trails as a member of WTA to get your one-year subscription to the magazine.