Skip to content
Nature on Trail: Roosevelt Elk, Western Redcedar Washington's wild places are teeming with life. Learn a bit more about two local species, the Roosevelt Elk and Western Redcedar, and where you can find them. https://www.wta.org/news/signpost/nature-on-trail-roosevelt-elk-western-redcedar https://www.wta.org/news/signpost/nature-on-trail-roosevelt-elk-western-redcedar/@@download/image/Elk. Photo by Christopher Walker.jpg

Washington's wild places are teeming with life. Learn a bit more about two local species, the Roosevelt Elk and Western Redcedar, and where you can find them.

Washington's wild places are teeming with life. Learn a bit more about two local species, the Roosevelt Elk and Western Redcedar, and where you can find them.

If you’ve hiked in the morning of an autumn day, you may have heard the eerie bugling of Roosevelt elk. These beautiful creatures, named for President Theodore Roosevelt, tend to have dark brown heads and tan bodies and are the largest of the four elk species living in North America, with bulls often reaching over 1,000 pounds. 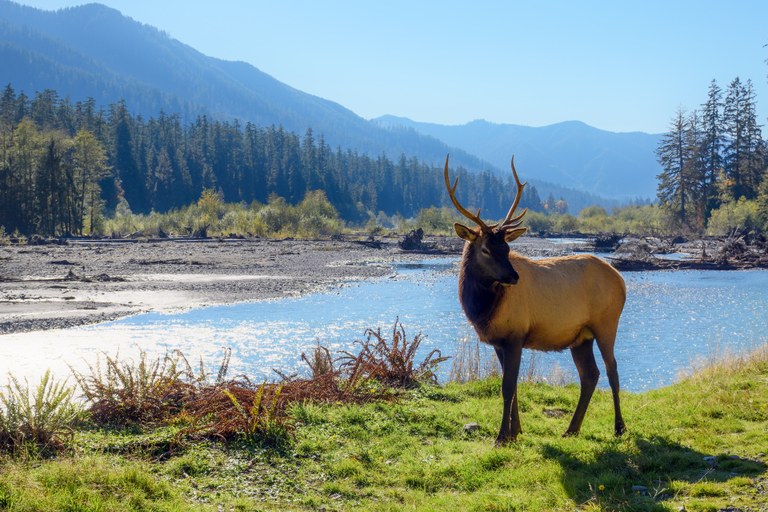 A lone elk kicking it in the Olympics. Photo by Christopher Walker.

About 5,000 Roosevelt elk live in Olympic National Park. Smaller groups often band together to munch on ferns, lichen and meadow grasses. In winter months they feed on elderberry, devil’s club and new seedlings, such as western redcedar.

Roosevelt elk play an important role in the life cycle of the forest by clearing vegetation, which clears the way for other plants and animals. If you find yourself near an elk on the trail, give it space for safety.

Where to see them: Roosevelt elk live in the rainforests of the western Cascade Mountains from northern California up into British Columbia. In Washington, the Hoh rainforest is a prime viewing location.

The western redcedar is the largest tree in the Pacific Northwest, forming a pyramid shape of cinnamon brown bark and drooping branches adorned with elongated pinecones. The fragrant overlapping leaves are slender and appear vibrant green on the top and dark lustrous green beneath. Cedar have long been important to the culture of tribes of the Northwest. 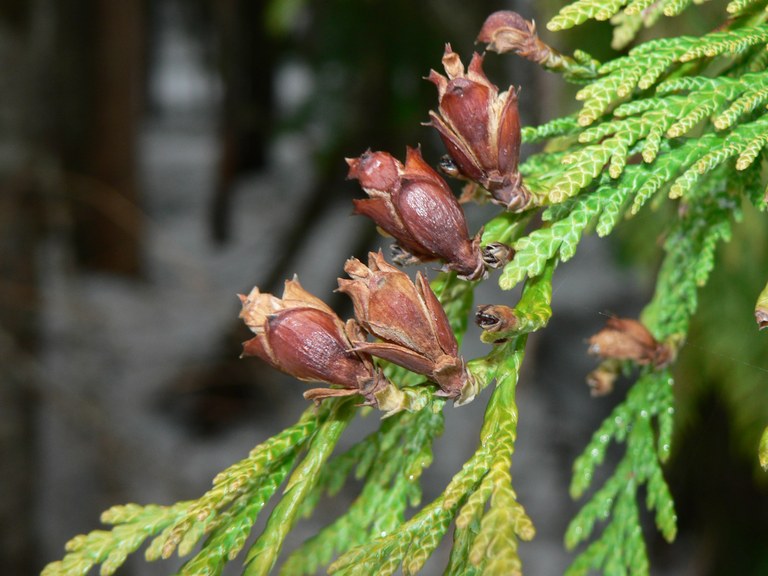 An close-in view of the Western Redcedar. Photo by Walter Siegmund.

The western redcedar grows where the soil is wet with a lot of nutrients; it’s common where the climate is cool, mild and moist.

These evergreen conifers are part of the cypress family, with many specimens having been recorded that are nearly 20 feet in diameter, over 200 feet tall and over 1,500 years of age.

Where to see them: Native to the Pacific coast of North America, western redcedars are found prolifically along the coast of Washington and British Columbia, as well as inland in certain areas.

This article originally appeared in the Winter 2019 issue of Washington Trails Magazine. Support trails as a member of WTA to get your one-year subscription to the magazine.
link