Skip to content
link
Starparty: Where to Watch the Perseids Meteor Shower The annual Perseids meteor shower will start peaking this week, sending streaks of fireballs through the night skies. We've compiled a list of great spots to watch, as well as some advice for a successful stargazing overnight. https://www.wta.org/news/signpost/perseid-stargazing-hikes-rainier-starparty https://www.wta.org/news/signpost/perseid-stargazing-hikes-rainier-starparty/@@download/image/6245705556_c54edbb26a_o.jpg

Starparty: Where to Watch the Perseids Meteor Shower

The annual Perseids meteor shower will start peaking this week, sending streaks of fireballs through the night skies. We've compiled a list of great spots to watch, as well as some advice for a successful stargazing overnight. 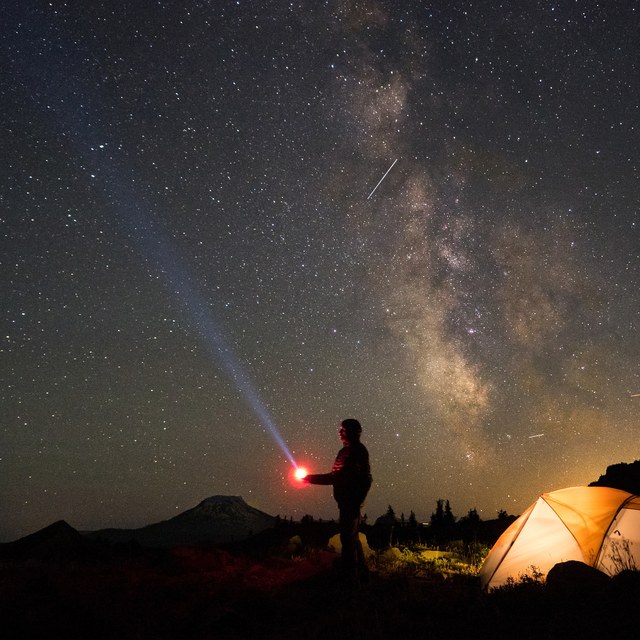 Enjoying the night skies in the Goat Rocks Wilderness. Photo by Vaqas Malik.

The annual Perseids meteor shower will start peaking this week, sending streaks of fireballs through the night skies. And this year, stargazers will see more meteors than average.

“Forecasters are predicting a Perseid outburst this year with double normal rates on the night of Aug. 11-12,” said Bill Cooke with NASA’s Meteoroid Environments Office in Huntsville, Ala. “Under perfect conditions, rates could soar to 200 meteors per hour.”

With help from hikers all over Washington, we've compiled a list of great spots to watch, as well as some advice for a successful stargazing overnight.

What causes the Perseids? Every year in August, the Earth passes through a dust cloud in the wake of the Comet Swift-Tuttle.

The annual show will peak at night between Aug. 11 and 12. In most years, the best time to watch is between midnight and dawn, though this year's outburst may come at any time.

Where to go for great stargazing

Where's the best place to watch the show?

"Get away from city lights," suggests Cook.

Sound advice, and something that most hikers already know. That means getting to parts of Washington away from urban centers. Head to the Okanogan National Forest or the Salmo-Priest Wilderness in the north and far corners of the state. The western side of the Olympics or south side of Mount Rainier are all great places for star watching, too. Forests around Mount Adams and Mount St. Helens can be great, too.

The other major factor to consider is weather. Look at the forecast before you settle on a destination. Even though you might avoid the desert or coulee country during the summer heat, clear skies might be more reliable there.

Trails to consider checking out

Stuck on where to go?

A few years ago, we asked our Facebook community for their favorite spots to stargaze in Washington, and here are the here are the many trails they suggested.

Tips for sleeping out under the stars 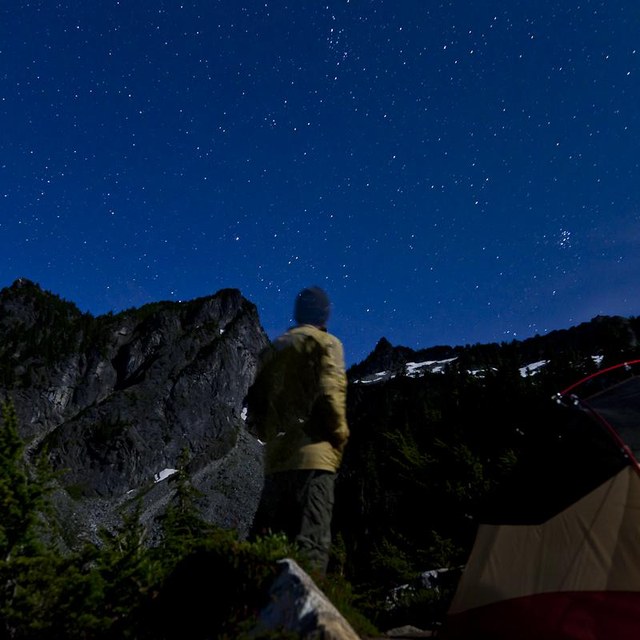 Ajay Varma on stargazing at Boulder Lake. &quot;I woke up at 3 in the morning, got out of my tent and saw the most beautiful sky. I set my camera on a long exposure and walked into the frame.&quot;

Stuck in the city? Watch this

This video, captured by Siddhartha Saha, on Mount Rainier during the 2010 Perseids shower can be your virtual star show.

Three of us hiked up to Hall's Point (via Change Creek trail, which is just east of the Snoqualmie area Mt. Washington) to watch the Perseids on Friday night/Saturday morning. Aside from the sheer fun of doing this hike at night, the viewing was incredible and I saw ten times more meteors in the two hours from 1am to 3am than I had seen in my life.
And I am an old man.
I highly recommend this experience.
Anyone else go somewhere nice and dark for the Perseids?