Skip to content
Recovering From the Ashes: Fixing Trails After a Wildfire WTA volunteers repair trails damaged by fires around Mount Adams, Holden Village and along the Entiat River. https://www.wta.org/news/signpost/recovering-from-the-ashes https://www.wta.org/news/signpost/recovering-from-the-ashes/@@download/image/Entiat-River-7.13.jpg

Recovering From the Ashes: Fixing Trails After a Wildfire

Around our state, wildfire season often begins in July and can last for several months. Active wildfires, of course, can keep hikers off of their favorite trails. When the fires are finally extinguished, however, the work is just beginning for trail crews. Taking care of a trail after a wildfire is a constant struggle. Erosion, downed trees and burned structures, such as bridges, all have to be dealt with before a trail is safe to open again. With large fires in recent years, many trails are still feeling the effects.

This summer, WTA is sending backcountry crews to areas that have been affected by fires to help make them safer for hikers and other trail users. 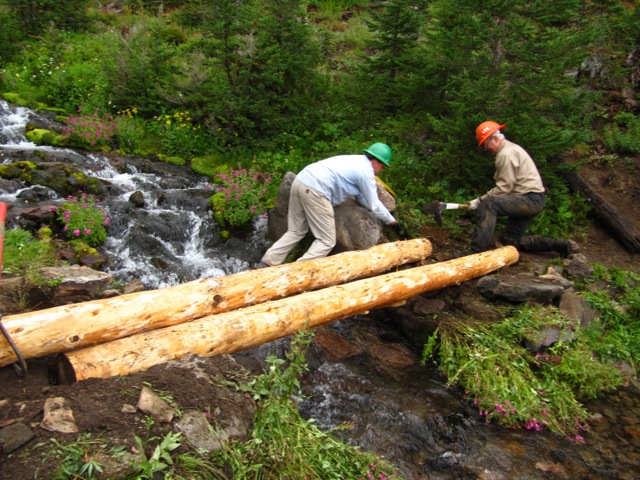 A BCRT crew replaces a fallen bridge at Bird Creek Meadows a few years back. Photo by Hal Pelton.

Bird Creek Meadows is known for its magnificent array of wildflowers—and a massive fire in 2015. Much of the fire was in the Yakama Nation’s Mount Adams Recreation Area. The trails at Bird Creek Meadows were damaged by the fire, but are open to hikers. They must be accessed, though, by the Round-the-Mountain Trail while tribal crews work on the main access road.

This August, WTA will send a Backcountry Response Team (BCRT) and a Volunteer Vacation crew to support the recovery work being done by Yakama tribal forestry crews. Projects will likely include rebuilding at least two bridges, clearing out fallen trees, replacing burnt signage and repairing tread on the trails. The work is also being supported by contributions from Friends of Mount Adams. 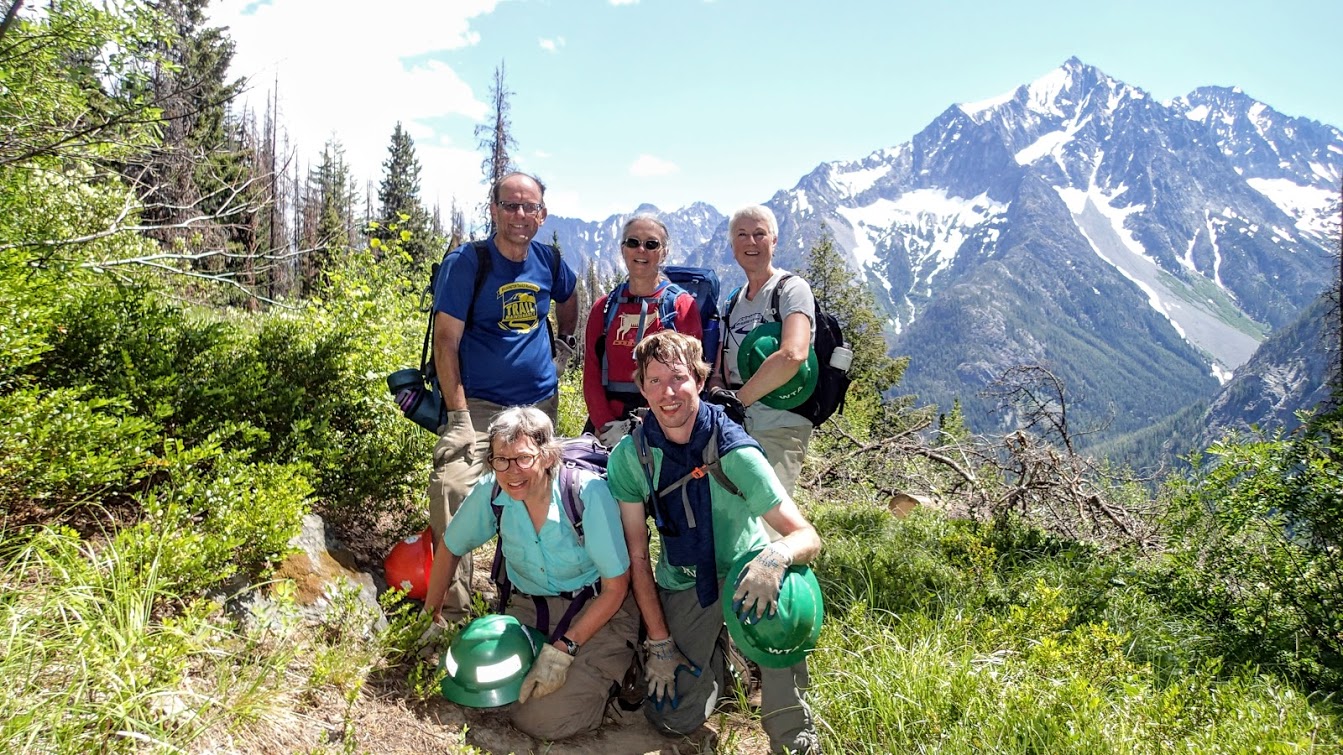 In 2015, the massive Wolverine Creek Fire burned much of the forest around Holden Village, which is just west of Lake Chelan. Since then, many of the trails have been inaccessible because they were so badly damaged. By the end of the summer, WTA will have sent three Volunteer Vacation crews out to do fire recovery work around Holden Village. Enough time has passed that the soil will have stabilized enough to allow volunteers to re-establish trail tread. Crews will also log out fallen trees and replace trail structures. 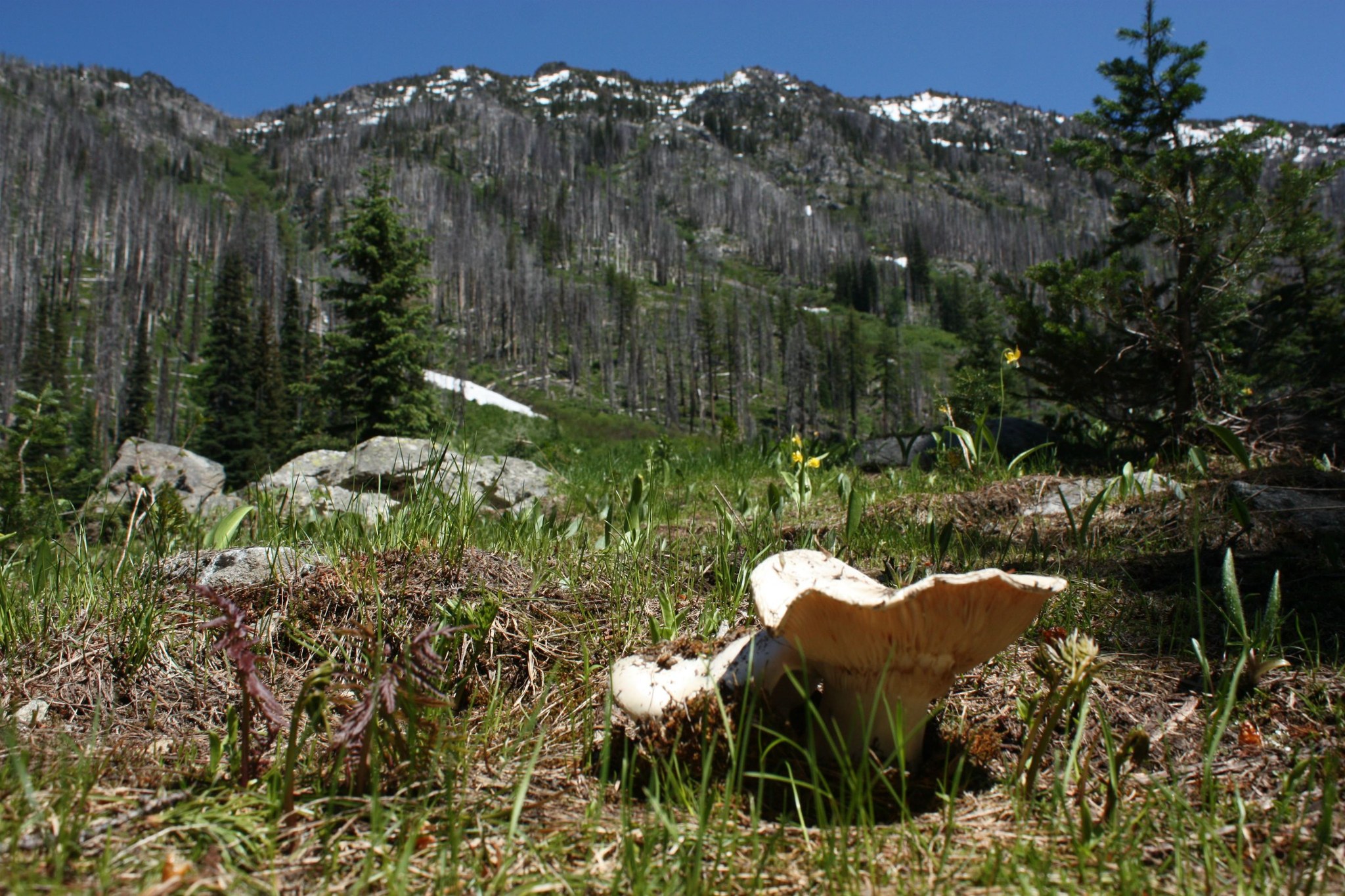 The Entiat region is a common victim of wildfires. Photo by snow cat.

In mid-July, a BCRT crew will work on fire recovery along the Entiat River, which was affected by the same fire that swept through the forest surrounding Holden Village. Access to the area has not been fully restored. This will be WTA’s first foray into the area in several years, and we hope to log out the Entiat River Trail with the ultimate goal of making it to Entiat Meadows.