Skip to content
SB 5977 Passes Senate! SP 5977, the bill that would allow two license plates to share a Discover Pass, passed the Washington State Senate by a vote of 44-0 on January 27, 2012. https://www.wta.org/news/signpost/sb-5977-passes-senate https://www.wta.org/@@site-logo/wta-logo.png 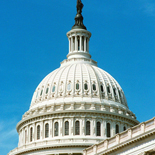 The Discover Pass transferability bill has passed the state Senate.

SB 5977, which adds space for a second license plate to the Discover Pass, passed the Senate by a whopping margin on Friday. Forty-four State Senators voted yes, none voted no, and five were excused.

The Discover Pass was originally enacted during the 2011 legislative session. It is a $30 annual vehicle pass ($10 per day) for recreation on Washington State Parks, DNR and Fish and Wildlife lands, and it is a critical funding mechanism to keep these areas open to the public.

Washington Trails Association strongly supports this legislation. Over the course of the past year, transferability between vehicles is something we have heard our members want. Passing the Senate is a major hurdle, and we're excited to see this legislation move forward in the House. SB 5977 will be referred to the House, where it will be heard in policy and fiscal committees in coming weeks.

If you've written a letter, made a phone call or visited your legislators, pat yourself on the back! Thanks for all your hard work, and we'll keep you posted right here on the Signpost Blog as this bill moves forward.

>> To keep up on how SB 5977 and other Discover Pass legislation is progressing the state legislature, please see our Olympia legislative page.

The name of the bill is misleading. The pass is only marginally transferable. Being able to move the pass between two cars is certainly better than just one, but not what is should be. There is no reason why the bass cannot be allowed to be used on any vehicle. Really the pass should not be tied to any specific vehicle.