Skip to content
State Budget: The Wins and Losses in the 2019 Legislative Session The 2019 legislative session has some big wins and some disappointing losses for state lands. Here's a roundup of decisions that affect public lands and hikers. https://www.wta.org/news/signpost/state-budget-the-wins-and-losses-in-the-2019-legislative-session https://www.wta.org/news/signpost/state-budget-the-wins-and-losses-in-the-2019-legislative-session/@@download/image/mt spokane Tara Burke.jpg

State Budget: The Wins and Losses in the 2019 Legislative Session

The 2019 legislative session has some big wins and some disappointing losses for state lands. Here's a roundup of decisions that affect public lands and hikers.

Now that the 2019 legislative session has officially ended and the budgets are unveiled, here is what unfolded in terms of WTA’s priorities this year. 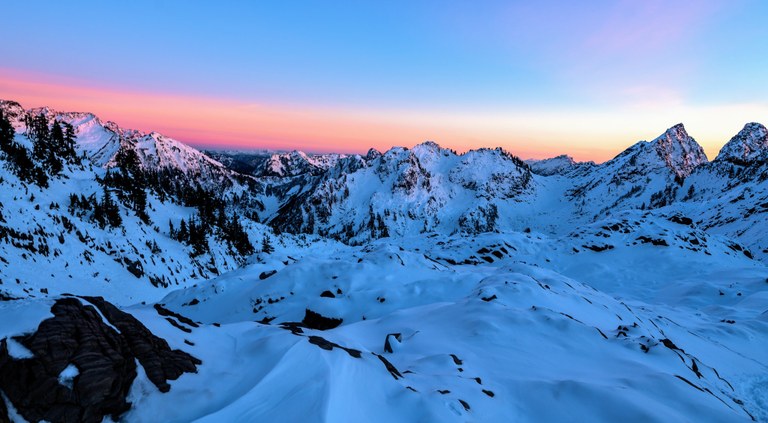 DNR is facing some funding losses this year with the reallocation of Discover Pass Revenues and low capital funding. Photo of Gothic Basin, a DNR-managed land, by trip reporter DonPromdi.

What we requested: Fund the Washington Department of Natural Resources’ (DNR) requests for outdoor recreation, including $3.9 million for the Outdoor Recreation and Community Engagement program, $444,000 (operating) for the Natural Areas Program and $8.5 million (capital) for the Sustainable Recreation program. This money funds many things, including hiring full-time employees to maintain trails, improving trailheads and installing shiny new toilets.

What actually made the budget: The Sustainable Recreation program was funded at $2 million — a compromise between the House and Senate proposals — below the $8.5 million requested. This will limit the number of new projects DNR can complete in the future. In better news, with $1.856 million allocated to the Teanaway Community Forest, support for the area is as healthy as ever.

Verdict: Low capital funding is not the state support we hoped for. However, we were pleased to see the Teanaway Community Forest — an area we’ve worked on for years — funded at a slightly higher level than requested. Overall, we hope this budget does not negatively impact access to outdoor recreation. 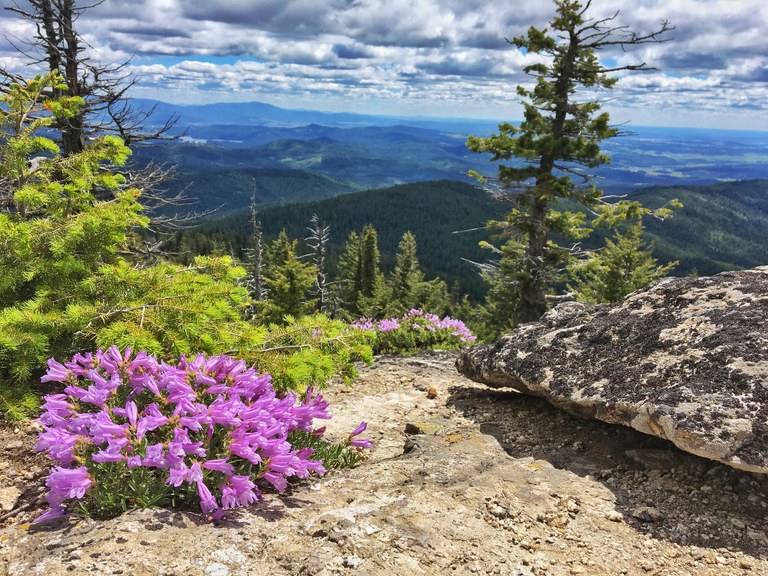 While State Parks didn't get all the money requested, there were good allocations for maintaining lands and trails. Mount Spokane State Park, photo by Tara Burke.

What we requested: We supported the Washington State Parks’ $196 million (operating) and $120.6 million (capital) budget requests, including the following specific line items:

These funds were needed to help reduce the more than $500 million deferred maintenance backlog for state parks, and support things like road and trail maintenance.

What actually made the budget: Of the $130.2 million requested for capital (new) projects, $35.4 million was funded. State Parks is also impacted by a transfer of revenues — this time from the litter tax. Instead of funding State Parks to maintain park services with state money, revenues will be transferred over, leaving them $5 million short of the funds needed. State Parks also received:

The funding will help State Parks to continue programs that can help keep recreation areas open and sustainable for hikers. They received $3 million for a new Nisqually State Park, and will have the rest of their capital funding to work on repair and preservation projects statewide.

Verdict: We're concerned by transferring funds away from State Parks. However, State Parks did receive healthy allocations to maintain their lands and trails. 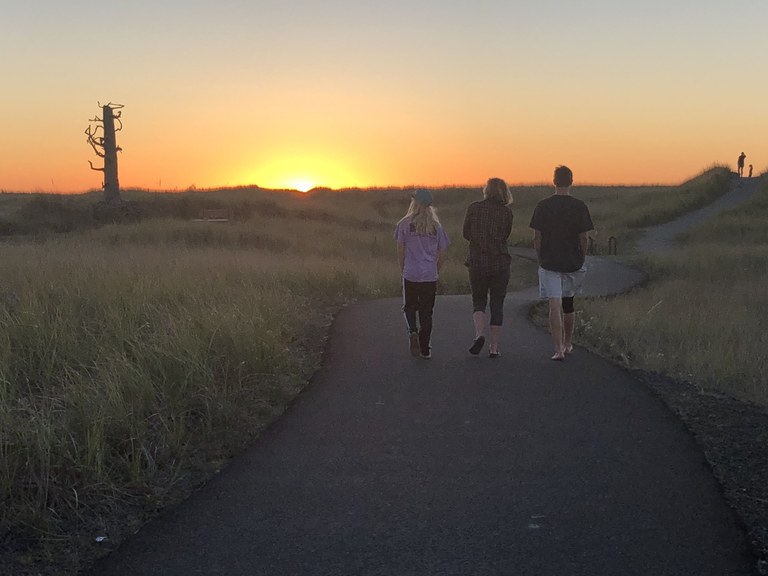 What actually made the budget: The final capital budget included $85 million in funding for WWRP, the second-highest amount it has ever received. It will support key projects in areas like Raging River State Forest, Tiger Mountain and Green Mountain. It will even pay for new toilets in Morning Star Natural Resources Conservation Area!

Verdict: This is a win! This funding will allow more than 100 high-priority conservation and recreation projects to move forward. 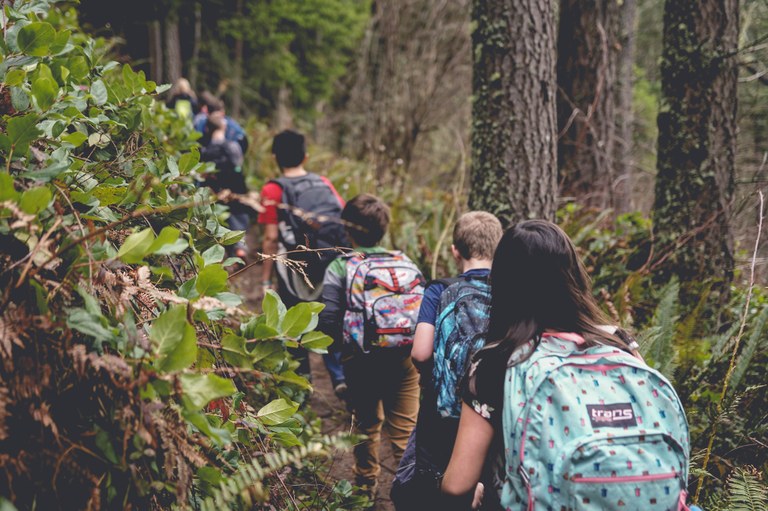 No Child Left Inside is vital to supporting the next generation of outdoor steward. Photo by Britt Le.

NO CHILD LEFT INSIDE

What we requested: Fund $1.5 million (operating) for the Washington State Recreation and Conservation Office to oversee this program. No Child Left Inside provides grants to support efforts to get kids outside.

What actually made the budget: No Child Left Inside received the full $1.5 million requested in the budget.

Verdict: Another win! We are relieved to see this extremely valuable program receive the funding it needs and deserves. With $8 million in requested grants this year alone, however, we have work to do to ensure there is no unmet need in the future.

Of course, there’s more to the four months of the legislative session than getting a budget passed.

The HEAL Act: A disappointment

We were sad to see the HEAL Act (SB 5489), a bill that would have put Washington and its state land agencies on the front line of environmental justice, not make it through. 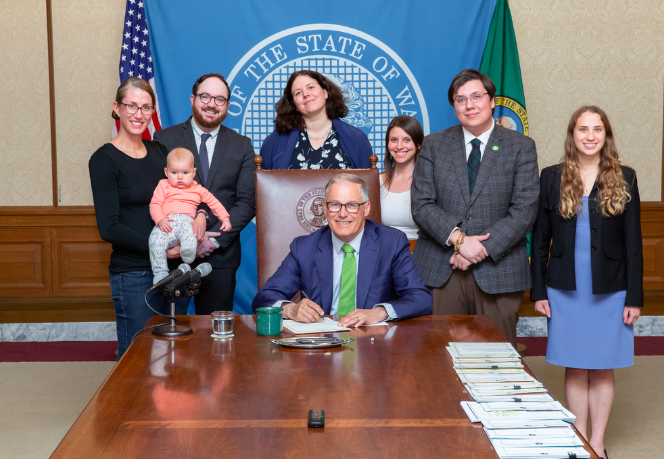 We are happy to celebrate the addition of the state’s newest holiday, Public Lands Day (HB 1449). Public Lands Day is now the fourth Saturday in September. WTA championed this bill every step of the way, and thanks to the support of hikers like you, we did it. Public Lands Day unanimously passed both chambers of the state's legislature and was signed by Gov. Jay Inslee, but it wouldn't have happened without the support the bill's sponsor, Rep. Strom Peterson.

Be sure to take a minute right now to tell him how much his support of public lands and trails in Washington means to you. Letting him know that you are paying attention and thankful for his support can encourage him —and other lawmakers — to pass even legislation to help public lands in the future.

Why is Public Lands Day so exciting? Besides celebrating places we love, this legislation:

Make sure to mark your calendars for Sept. 28, 2019, and plan to get outside for Washington's first ever Public Lands Day!

This session did not bring us not everything we had hoped and worked for, but there's some forward momentum which energizes us to keep pushing next session. 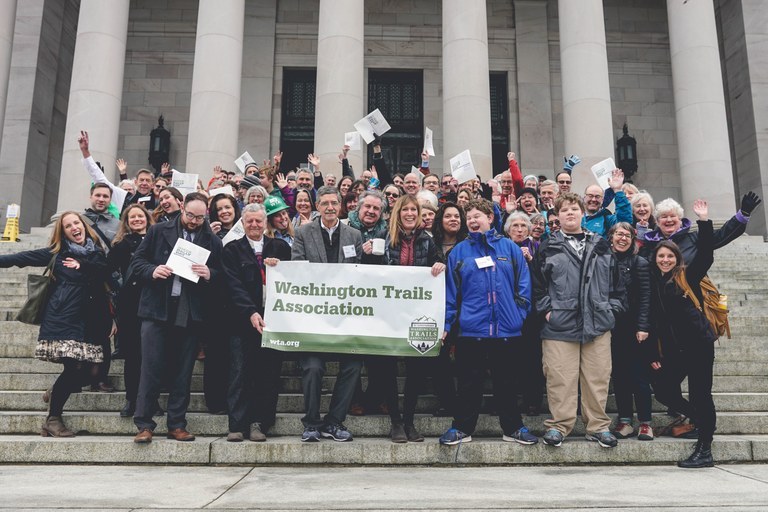 Hikers celebrate on the Capitol steps in Olympia on Hiker Rally Day in February. Photo by Britt Le.

THANK YOU TO THE WTA COMMUNITY

Most importantly, we couldn’t have had such important wins if it wasn’t for you! In just 4 months, you collectively sent almost 13,000 emails to state lawmakers. While the budget didn't swing totally in favor of public lands, there's no doubt that you speaking up about concerns has an impact. And 150 of you spent the day in Olympia for Hiker Rally Day in February.

This adds up to incredible activism. We here at WTA are so proud of our superstar advocates, and you should be proud of yourselves. Thank you for all you have done and continue to do.

mtkovacs on State Budget: The Wins and Losses in the 2019 Legislative Session

What actually made the budget: DNR will see lower revenues because $750,000 from Discover Pass revenues was transferred to the state’s general fund. This will likely lead to site closures.

Why did this happen? What is the reason behind this movement of funds?

CiscoKitty on State Budget: The Wins and Losses in the 2019 Legislative Session

I am very concerned that the State decides to take money from the Discover Pass that was meant for our State Parks and DNR land. How in the world can this happen? How can these few people vote to change this? We need to make sure this does not happen again because you know that if they take this money now they will take more in the future. I am seriously considering not buying a pass because of this. It infuriates me. This is no different than the state taking lottery money that was intended for schools and was marketed that way so that people would vote lottery in. Who do we call, send emails to, write to, tweet to about how disappointed we are. How do we find out who sponsored this theft of funds so that we can make informed decisions to not vote them back in office. I'd like to know which lawmakers were in favor of this. They need to be held accountable for their vote and actions.

Christina Hickman on State Budget: The Wins and Losses in the 2019 Legislative Session

Hi, mtkovacs & CiscoKitty. There's no way around it — the reallocated Discover Pass revenue is a huge disappointment for our state recreation lands. We and other organizations will be in ongoing conversation about ways to best move forward and to ensure this doesn't happen in the future. Thank you for being so actively engaged in our advocacy work and advocacy for our trails. Christina, WTA Advocacy Associate