Skip to content
Stuffed Animals: The Toy You'll Want to Have On Trail Bringing a fuzzy friend on trail has all kinds of benefits. Having a small comfort from home can make adventures more appealing to young ones, whether it's exploring a new place together, or snuggled in a sleeping bag after a long day. https://www.wta.org/news/signpost/stuffed-animals-the-toy-youll-want-your-kid-to-have-on-trail https://www.wta.org/news/signpost/stuffed-animals-the-toy-youll-want-your-kid-to-have-on-trail/@@download/image/deception-crags_debbie-van-oosteren.jpg

Stuffed Animals: The Toy You'll Want to Have On Trail

Bringing a fuzzy friend on trail has all kinds of benefits. Having a small comfort from home can make adventures more appealing to young ones, whether it's exploring a new place together, or snuggled in a sleeping bag after a long day.

This summer, a news story about a boy, his lost plush toy, and a big-hearted Wilderness Ranger who returned it caught our eye. It's not the first time we've seen stuffed animals carry their weight on trail, so we've rounded up a few of our favorite stories below. 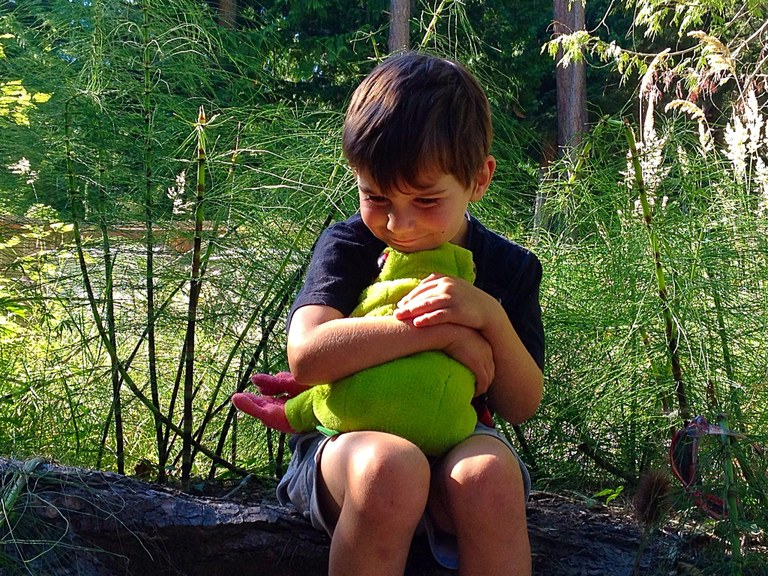 Check them out, and share the stories about any fuzzy friends your family has taken out on trail.

A seal pup tags along with a Wilderness Ranger, teaches good stewardship

In August, 5-year-old Liam Zahn took his best friend "Seal Pup" on a camping trip in Oregon. Liam loved sleeping with him in his bag and keeping him in his pack during the day. During the trip, Seal Pup fell out of Liam's backpack on a day hike, but the family didn't notice until it was too late to go back. Liam thought he'd never see Seal Pup again.

"I just didn't feel right about putting (the stuffed seal) in the garbage bag, so I chose to keep him on my pack," Gjonnes told KOMO. "I have children of my own too, and know that every child has that one special toy that they just can't live without."

Gjonnes found out who the seal belonged to, made contact with the family and arranged to drop Seal Pup off. But while the toy was in his care, he deputized the little seal, documenting his ranger duties in photos and sharing them with the Zahn's once they were reunited, using the opportunity to teach the kids about being good trail stewards.

The full story on KOMO, complete with video coverage and a slideshow, are just as cute as you would think and are absolutely worth checking out.

Does your child have a fuzzy friend who comes along on your outdoor adventures?

Aside from being great photo fodder (after all, who doesn't love a picture of a little one cuddling their favorite stuffed animal?) bringing along a fuzzy friend on trail has all kinds of potential benefits.

Either way, a plushy pal—whatever their role—might wind up being your 11th essential. 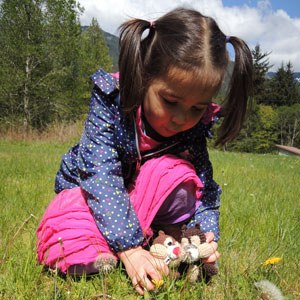 Plush animals can be teachers or students on trail. Here, a young lady teaches Chip'N'Dale how to make a wish on a dandelion. Photo by Debbie Van Oosteren

Having a favorite stuffed toy along can provide a feeling of security on an unfamiliar trail. When you reach your destination, your kids can share a feeling of achievement, and strike a great summit shot.

Also, bringing a beloved fuzzy companion to along is a great way to introduce children to a hiking milestone—carrying their own stuff. 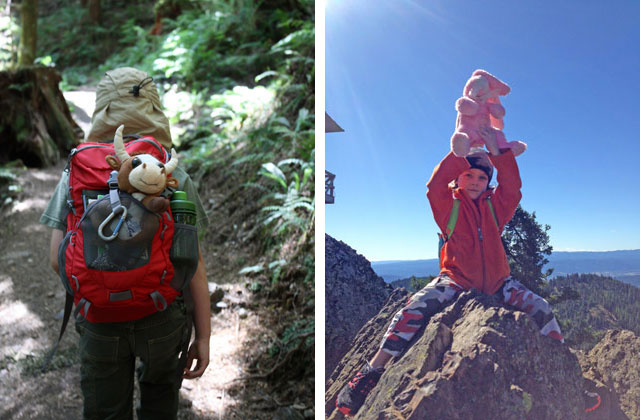 Let your child bring his or her favorite stuffed toy on trail for great photos and moral support. Photo by Brett Sport.

Your mornings in the woods are enhanced with a warm beverage and the cozy feeling of being in your long johns. So imagine how great it is to wake up to your morning bottle of milk or a hot cup of cocoa while snuggling your favorite teddy bear.

Bringing your child's favorite stuffed animal along also might help them get to sleep in an unfamiliar setting. 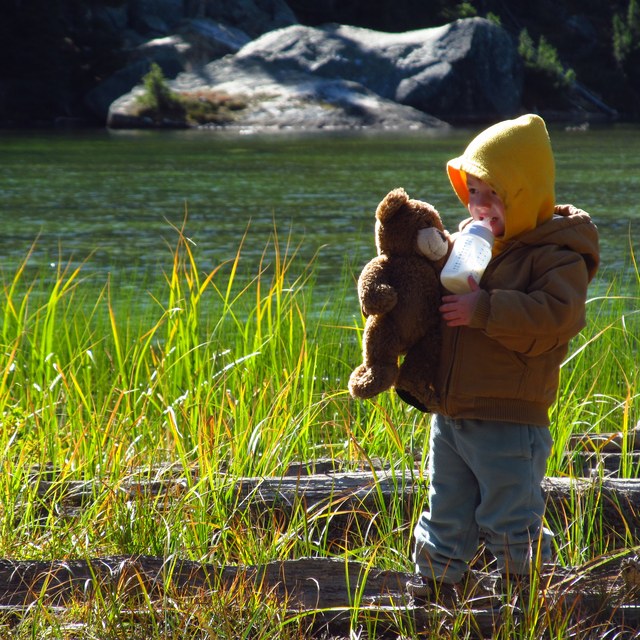 In camp, having a cuddly friend can make waking up in the woods even better. Photo by Wade Johnson.

Boots reports back to Lola about trail conditions and things he learned along the trail, just like Seal Pup did for Liam Zahn.

Boots is a great companion when Ryan's daughter Lola can't join him on trail. Photos by Ryan Ojerio.

Julie Cassata on Stuffed Animals: The Toy You'll Want to Have On Trail

Boots on Trail on Stuffed Animals: The Toy You'll Want to Have On Trail

During one of my volunteer ranger trips this summer, I ran into a family on my way out from Surprise Lake. The boy was clutching a stuffed friend and was happy to introduce his friend as Leo the Lizard. You should have seen the look on the boy's face when I leaned over to show him Hedgy the Hedgehog hanging off my pack. He thought it was so cool that Ranger Gwen carried a friend with her too!