Skip to content
Take Care of the Places You Love Managing marine debris and keeping Washington's coastal beaches in pristine condition is tough work. Last year, with the help of Washington CoastSavers volunteers, over 20 tons of debris were removed from 60 beaches across the coast. https://www.wta.org/news/signpost/take-care-of-the-places-you-love https://www.wta.org/news/signpost/take-care-of-the-places-you-love/@@download/image/img8705_KelsieDonleycott (1).jpg

Take Care of the Places You Love

Posted by Rachel Wendling at Apr 12, 2018 11:30 AM | Permalink
Filed under: Olympic Peninsula, Volunteer

Managing marine debris and keeping Washington's coastal beaches in pristine condition is tough work. Last year, with the help of Washington CoastSavers volunteers, over 20 tons of debris were removed from 60 beaches across the coast.

This stunning beauty, however, is contrasted by small bits of plastic forming a continuous line at the high-tide mark. Larger pieces of marine debris—plastic and glass bottles, chunks of Styrofoam, rope half buried in the sand and more—are sprinkled in among the smaller detritus. In some locations, the wind can collect an unimaginable amount of debris, sometimes including broken-up Styrofoam several inches deep. 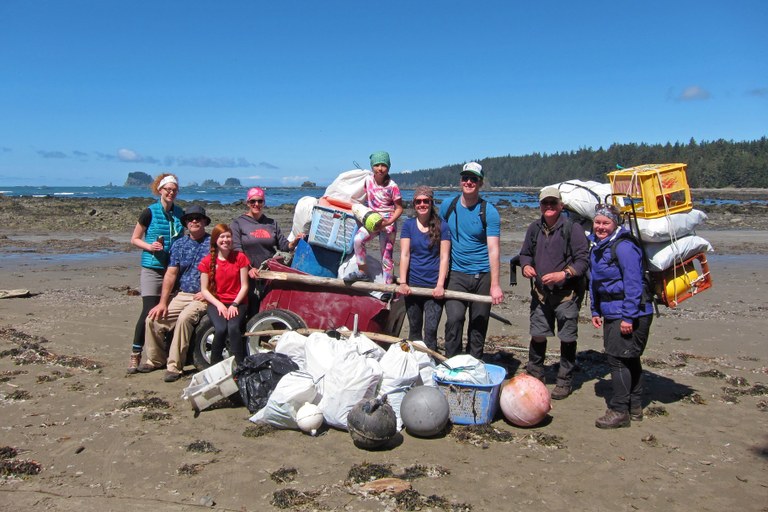 CoastSavers volunteers haul out bags and packs full of debris and trash. Photo by Kelsie Donleycott.

Marine debris—any man-made material that ultimately finds its way to the ocean—is ugly, but its negative environmental and economic impacts make it far worse than a simple eyesore. It is a global problem. Once in the ocean, buoyant debris travels far and wide by way of ocean currents and atmospheric winds. It is not uncommon to find objects from China, Japan, Russia and beyond on Washington’s beaches.

Marine debris is a threat to ecosystems, wildlife and coastal communities. It is, however, largely preventable through changes in attitude, behaviors and individual consumption habits. And many opportunities exist to get involved and make a difference by giving back to your favorite beaches.

One such opportunity is participating in Washington CoastSavers cleanup events. Three cleanups are coordinated throughout the year. The next event is April 21. During this event, hundreds of volunteers will descend on Washington’s outer coast and Strait of Juan de Fuca beaches to pick up marine debris and leave the beaches better than before.

At the 2017 Washington Coast Cleanup, more than 1,300 volunteers collected more than 20 tons of debris from 60 beaches.

The practice of leaving a place better than you found it need not be limited to organized cleanup events. If you love and care for a place—be it at a beach, mountain, forest or urban location—great reward can be found in focusing your efforts on helping that spot. 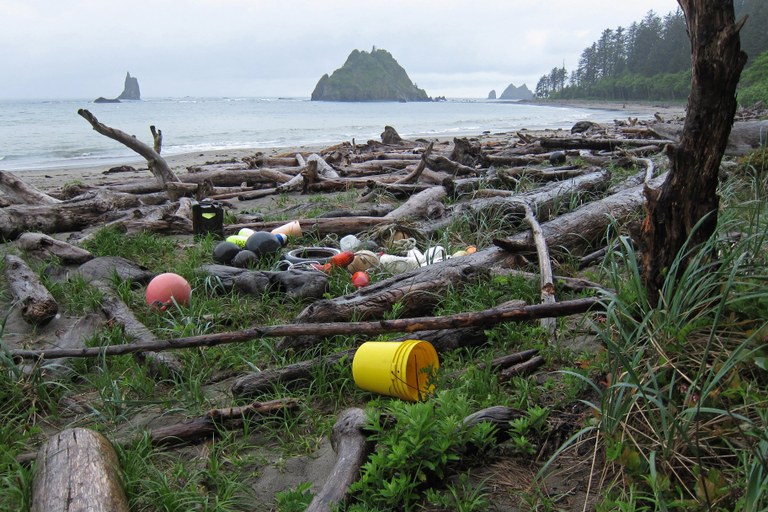 what you can do

Here are some simple steps you can take—both on and off trail—to care for the places you love to hike:

A cleaner and healthier world is a good thing for us and our trails. After a hike to the beach, we all want to enjoy a pristine stretch of coastline. While climbing to a spectacular alpine vista, the last thing we want to see is food wrappers, cigarette butts and used toilet paper along the trail.

One way to change this is to be the change. Get involved, take action, and give back to the places you love. 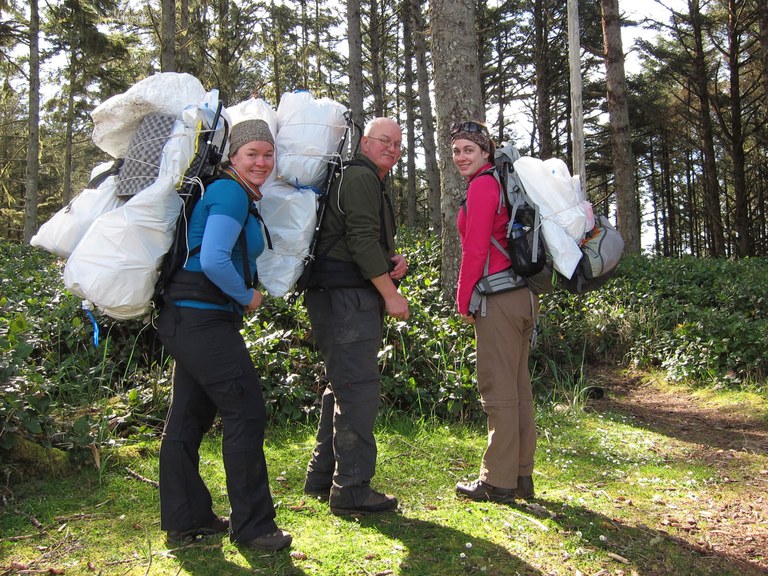 The next Washington Coast Cleanup is April 21. The family-friendly event is open to all, and there are a variety of beaches to choose from, with access ranging from easy to challenging. Those unable to pick up or carry bags of debris are still encouraged to participate. Volunteers are needed to run check-in tables at beaches too.

Participation also has its perks. Several beaches host after-cleanup barbecues, and camping at Olympic National Park’s coastal campgrounds is free on Friday and Saturday nights of the cleanup weekend. Additionally, backcountry camping fees are waived for volunteers who choose to stay the night at wilderness beaches in Olympic National Park. Registration for the event opens in mid-March at coastsavers.org.

The Leave No Trace Seven Principles

Anna Roth on Take Care of the Places You Love

I'm going to do this at Twin Harbors on Saturday with some friends. I've always wanted to do this and it's finally happening this year. Thanks for so many wonderful years of volunteering, Kelsie!