Skip to content
Roads, Trails &amp; Red Tape: 5 Federal Public Land Bills Hikers Should Care About With August recess approaching, we give you a 5-minute digest of a number of federal bills impacting national public lands we are tracking as they move through Congress. https://www.wta.org/news/signpost/the-current-state-of-national-public-land-policy https://www.wta.org/news/signpost/the-current-state-of-national-public-land-policy/@@download/image/DC.jpeg

With August recess approaching, we give you a 5-minute digest of a number of federal bills impacting national public lands we are tracking as they move through Congress.

Earlier in 2019, the 116th Congress passed a historic public lands package, the John D. Dingell, Jr. Conservation, Management, and Recreation Act, which was signed into law by the president in March. This was a great victory for our national public lands and hiker advocates.

In June, WTA's Advocacy Director Andrea Imler traveled to Washington, D.C., with partners from the Evergreen Mountain Bike Alliance and Backcountry Horsemen of Washington to meet with Washington’s Congressional delegation and continue building on that success.

With half of the year left and August recess approaching, what is the state of our national public lands? Here’s the lowdown on a number of federal bills we are tracking as they move through Congress: 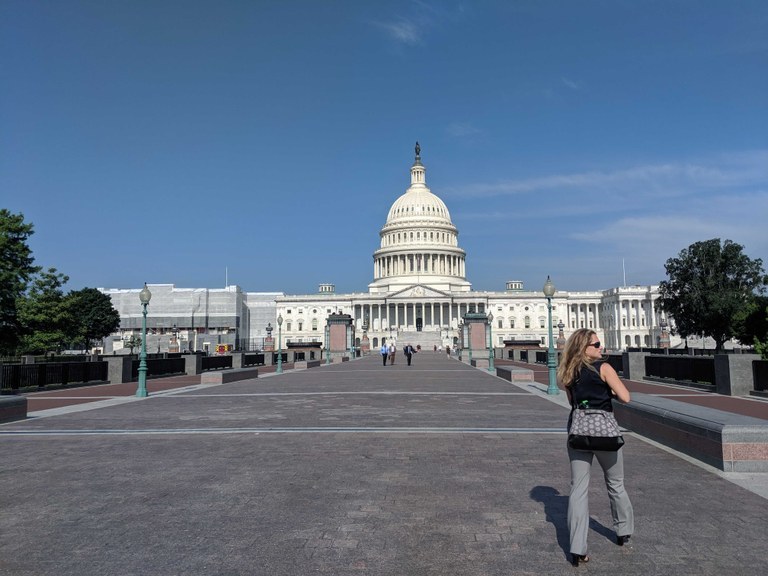 What it does: This bill aims to address the nearly $12 billion deferred maintenance backlog at the National Park Service (NPS) by establishing the “National Park Service Legacy Restoration Fund” to fund deferred maintenance projects at NPS sites across the country using revenue from offshore energy development. This amounts to up to $6.5 billion over five years to address the highest priority deferred maintenance needs, including roads, parking lots, trail signage, outhouses in our national parks. Rep. Derek Kilmer was a lead sponsor of the House bill, which also has support from Washington representatives including Susan DelBene, Denny Heck, Pramila Jayapal, Rick Larsen, Cathy McMorris Rodgers, Dan Newhouse, Kim Schrier and Adam Smith. Sen. Patty Murray is a Senate co-sponsor.

What WTA thinks: While WTA supports this bill, we would like to see the United States Forest Service (USFS) be added as an agency needing funding. While the NPS accounts for the largest share maintenance backlog on the nation’s federally managed lands and waters, the USFS holds the next largest share and continues to face mounting deferred maintenance needs that negatively impact outdoor recreational pursuits and the associated economic benefits such activities bring to rural communities. WTA also would like to thank Rep. Kilmer for his dedication to this bill.

Current status update: This legislation was introduced on February 14. Because the Restore Our Parks and Public Lands Act is such a large bill, there are many action steps still to take in the House. It is currently working its way through the House Natural Resources Subcommittees and will also need to move to the Education and Labor Committee before seeing any action on the House floor. It it still currently waiting to be heard in the Senate.

What it does: The permanent reauthorization of the Land and Water Conservation Fund (LWCF) was included in the sweeping public lands packaged signed into law in March. While LWCF was reauthorized, the fund still requires legislation to make the funding permanent. This bill aims to provide full ($900 million annually), dedicated funding for LWCF.

What WTA thinks: WTA strongly supports this bill and would like to extend a special thank you to Washington’s own Sen. Cantwell for years of leadership and tireless effort to produce a bipartisan, permanent reauthorization for our country’s most important conservation program, LWCF. Read more about how LWCF affects hikers here.

Current status update: This bill was introduced in early June. It is waiting to be heard in the Senate Committee on Energy and Natural Resources. Washington’s Sen. Maria Cantwell is the lead sponsor of the bill. In the House, it passed out of the House Natural Resources committee on June 19 with bipartisan support including Washington representatives DelBene, Heck, Jayapal, Kilmer, Larsen, Smith and Schrier. 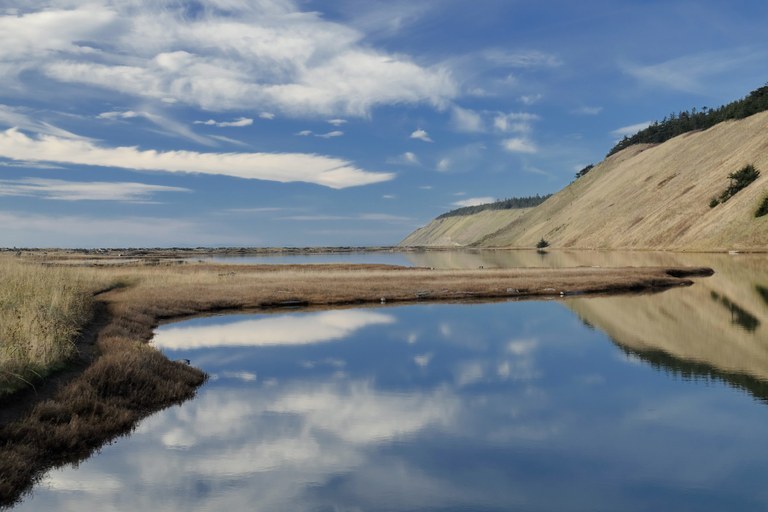 Ebey's Landing is one of the many places in Washington that has received LWCF funding. Photo by Jeff Bottman.

What it does: The bill, aimed at protecting and improving outdoor recreation on our public lands and waters, would benefit hikers and the outdoor community in a number of ways. It would include work to establish a National Recreation Area System to give increased legal protection to popular recreation corridors and modernizing recreation permitting.

What WTA thinks: WTA supports this bill. Read more about the impacts here.

Current status update: On June 25, a bipartisan group of House lawmakers reintroduced the Recreation Not Red Tape Act. As the act is so lengthy, it will require a long set of reviews by multiple House Committees — Natural Resources, Agriculture, Transportation and Infrastructure, Energy and Commerce and Armed Services — prior to moving to the House floor for action. Also introduced on June 25, the Senate bill is still waiting to be heard by the Committee on Energy and Natural Resources.

What WTA thinks: WTA supports this bill and would like to thank Sen. Murray and Rep. Kilmer for continuing to push this effort forward. Read more about the act here.

Current status update: On May 9, Sen. Patty Murray and Rep. Derek Kilmer reintroduced the Wild Olympics Wilderness & Wild and Scenic Rivers Act (S. 1382 and H.R. 2642). On July 10, Rep. Kilmer provided testimony in support of the bill at a House Natural Resources Subcommittee on National Parks, Forests, and Public Lands hearing. The legislation now awaits a mark-up in the full Natural Resources Committee and a hearing in the Senate Committee on Energy and Natural Resources.

What it does: This legislation would protect almost 60 million acres of National Forest Service land from road building or development Washington’s Liberty Bell Roadless area.

What WTA thinks: WTA supports this bill and would like to thank Sen. Maria Cantwell for continuing to introduce and champion this legislation.

Stay in the loop!

We will provide updates and opportunities for action on these and other issues that crop up through our Trail Action Network. Sign up to stay informed.