Skip to content
The Wonderland Trail: Mission Accomplished After 10 years, a family of five achieves their goal of completing Mount Rainier’s Wonderland Trail together. https://www.wta.org/news/signpost/the-wonderland-trail-mission-accomplished https://www.wta.org/news/signpost/the-wonderland-trail-mission-accomplished/@@download/image/Ponto-DSC_0716_01-St.jpg

After 10 years, a family of five achieves their goal of completing Mount Rainier’s Wonderland Trail together.

In the Sept. 2008 issue of Washington Trails magazine, Colleen Ponto wrote of her family's first attempt to complete the Wonderland Trail together. Five days of heavy rain foiled their attempts, but for the next ten years, they'd try and try again to circumnavigate the mountain as a family. In 2016, they finally did it.

Completing the Wonderland Trail as a family was a goal my husband and I set in 1997 when our youngest of three children was born. We wanted to complete the 93-mile hike in 2007, when our children were strong enough to help carry all the gear we would need. 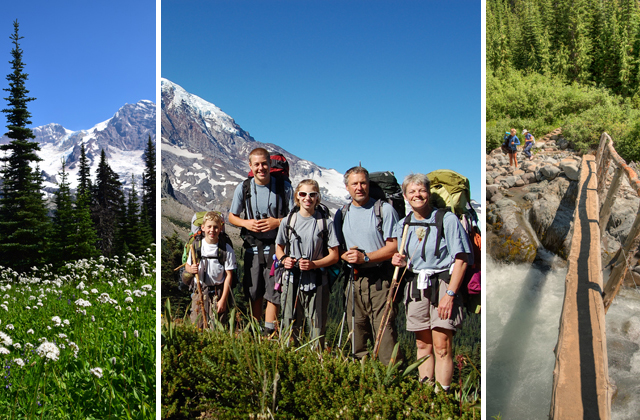 The Ponto family has explored the Wonderland Trail for the last ten years, seeking to complete it in its entirety, but making many memories along the way. Photos courtesy Colleen Ponto.

When I wrote my article for WTA's magazine in 2008, I described our journey and how after five days of soaking rain we were rescued by a friend. I concluded by saying, “Even though we were proud of what we had done and learned a lot, I felt as though our mission was not accomplished.”

I am ecstatic to now write that on August 7 of this year, with tears of joy filling our eyes as we reached Mowich Lake, we accomplished our mission of completing the entire Wonderland Trail as a family in one hike, a goal I never let go of. 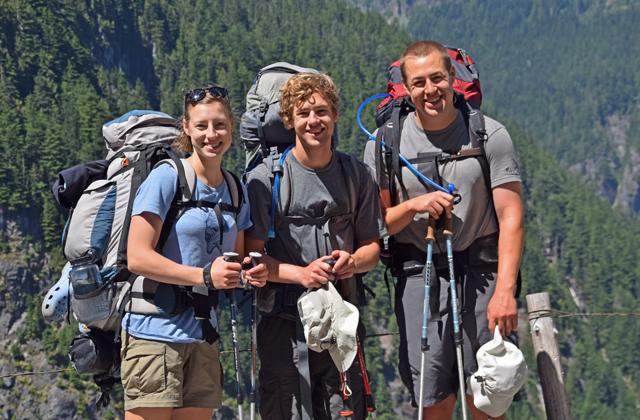 The Ponto children from the 2016 hike around the Wonderland. Photo courtesy Colleen Ponto.

For ten years, in what became of an annual ritual, we plotted our trip, faxed our wilderness permit request just after midnight on March 14 , purchased new gear as our children grew, revised our packing list as we learned new tricks and techniques, and dropped off our caches around the mountain before beginning our annual hike.

We've hiked the Wonderland every year since that first attempt in 2007. But for reasons beyond our control (weather or injury, college or jobs) we were unable to complete the trail together until this year. Here's a snapshot of the obstacles the last ten years have thrown us. 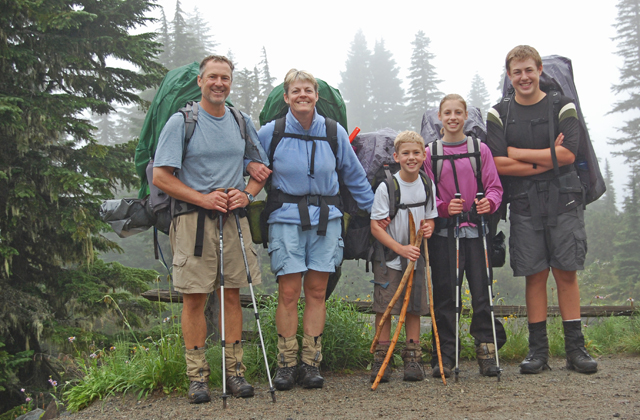 The Ponto family at the end of their 2008 trip on the Wonderland. They were rained out, but not discouraged. Photo courtesy Colleen Ponto. 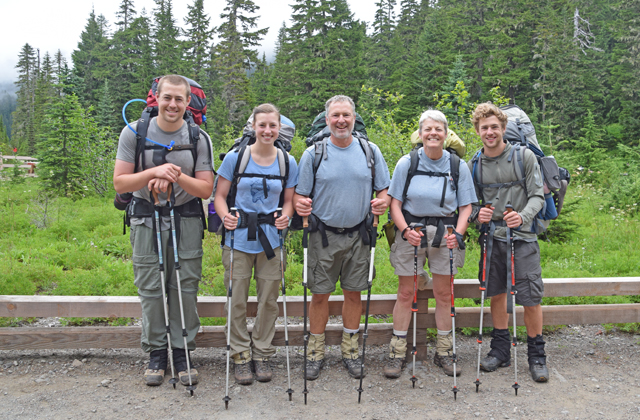 The happy Ponto family, completing a goal 10 years in the making. Photo by Colleen Ponto.

When I reflect on our ten years on the Wonderland Trail three strong feelings emerge. First, I feel a deep sense of awe and reverence for the magic and magnificence of Mount Rainier National Park. This breath-taking sanctuary in our beautiful state offers a place for growth and renewal—for both individuals and families.

I also feel a deep sense of appreciation for our rapidly changing world. From the record snowpack of 2011 to the extreme heat and drought of 2015, signs of our changing climate are profound and clearly evident on Mount Rainier, and my family has seen much of it firsthand on these hikes. 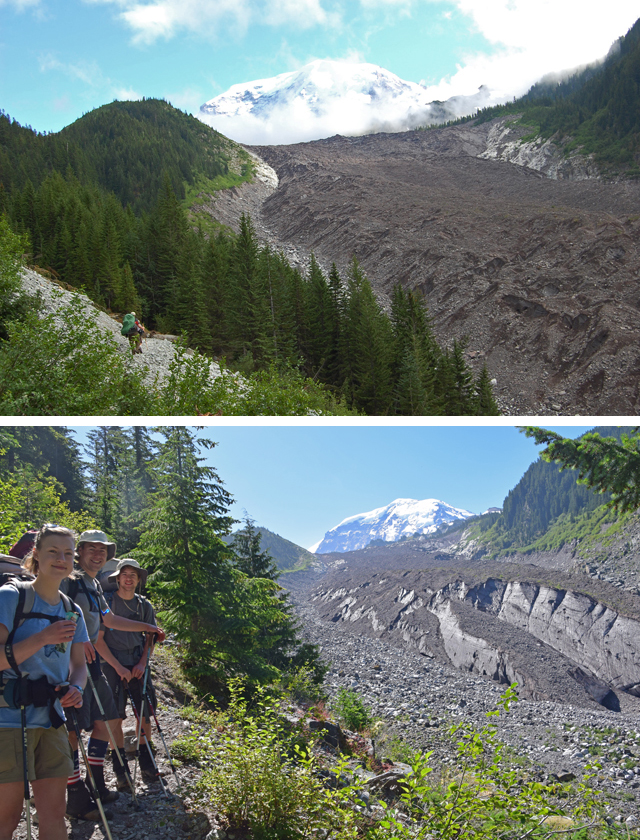 Finally, I feel a deep sense of gratitude for the fabulous park rangers, park staff, and volunteers who manage, maintain, and protect the glorious trails in our spectacular public parks. It is because of their passion, dedication and effort that families like mine can even set—let alone accomplish—a goal such as completing the Wonderland Trail.

Congratulations and thank you for sharing your story!

Such a beautiful and touching story. Congratulations!

Thanks for sharing your inspiring story. Congratulations!

Thanks for sharing this grand story.