Skip to content
Volunteer Profile: Jade Tabony — Data Scientist, Outdoor Adventurer &amp; Cheez-It Enthusiast We talk technology, slacklining and what it's like to give back to a cause you care about. https://www.wta.org/news/signpost/volunteer-profile-jade-tabony-data-scientist-outdoor-adventurer-cheeze-it-enthusiast https://www.wta.org/news/signpost/volunteer-profile-jade-tabony-data-scientist-outdoor-adventurer-cheeze-it-enthusiast/@@download/image/jade tabony (2).png

We talk technology, slacklining and what it's like to give back to a cause you care about.

By day, Jade Tabony is a data scientist at a cybersecurity company. But when 5 p.m. rolls around, she has a long list of outdoor activities that she loves: rock climbing, mountaineering, mountain biking, slacklining, trail running and ski mountaineering. 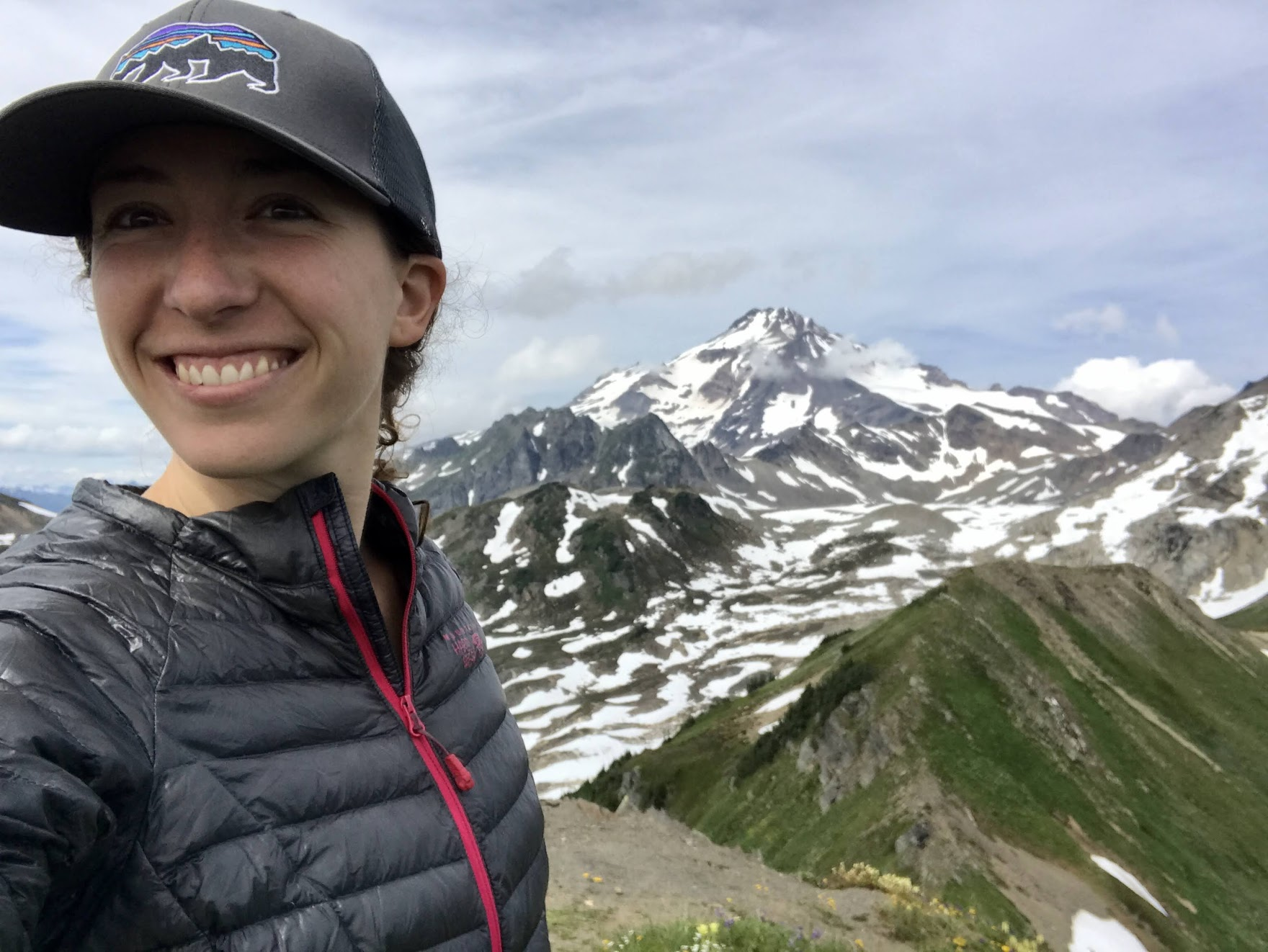 Five years ago, Jade was spending a lot of time trying to find different hikes that she could use as training for mountaineering, so she “wasn't just doing Mount Si and Mailbox over and over again.” To make it easier, she used her data science skills to build a prototype hike recommender to do the work for her.

Just a few miles away, WTA staff and a small group of technology-minded volunteers and researchers were gathered around a table trying to figure out how to create something similar. That group hoped to create a tool that educated hikers and encouraged a deeper understanding of Washington’s full trail system, and that helped people while lessening the impacts of the growing demands on the trail system.

In June, WTA launched the new recommender feature that started as a personal project to get outside more. We recently chatted with Jade to talk statistics, slacklining and what it's like to be a technology volunteer with WTA.

WTA: You have a Masters of Science in Environmental Health, right? How did you come to data science and predictive modeling?

Jade: Yeah! My education actually had a lot of statistics and modeling work in it because that's a key component to environmental health work. I spent a few years after graduating doing risk assessment and exposure modeling, which tries to determine if based on the concentrations of contaminants in the air/water/soil, would we expect members of the community to see detrimental health effects. I also was one of a few people at my company who could do statistical programming, so I spent a lot of time working on that as well. 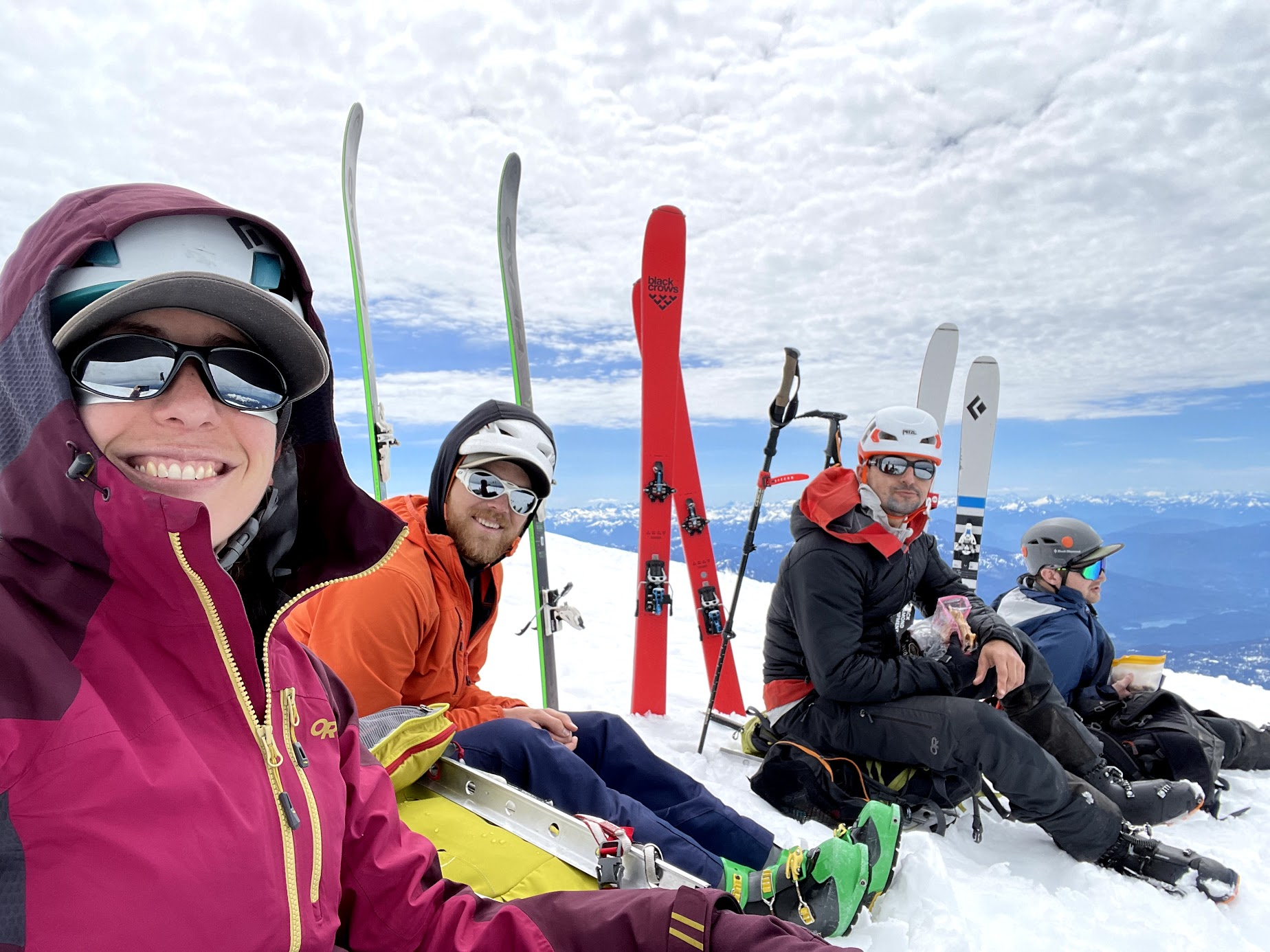 WTA: Have you always been a hiker/mountaineer/adventurer?

Jade: Kind of. I grew up in El Salvador so the options were more limited around there. My mom loved skiing, camping and hiking though, so I grew up doing those a few times a year. My introduction to rock climbing also happened at pretty young age, but I didn't become an outdoor enthusiast until much later.

Oddly, slacklining was my "gateway drug" into outdoor sports. I started slacklining with a community of really wonderful people when I was going to grad school in Boston and then got into highlining and rock climbing. From there I decided to move out to the West Coast because rock climbing was 45 minutes away from Seattle versus having to drive 3 hours to get to New Hampshire. When I got out to Seattle, I took a basic glacier travel course through The Mountaineers and just started getting more and more into different outdoor sports from there.

WTA: Before you became a volunteer, what role did WTA play in your outdoor adventures?

Jade: There are so many areas of this beautiful state that I wouldn't have explored to the degree that I have (which isn't even that much) without WTA. I used to spend a lot of time on the WTA website every week trying to plan out either steep training hikes for mountaineering or finding long trails for trail running. We are so lucky to have this tool in Washington. 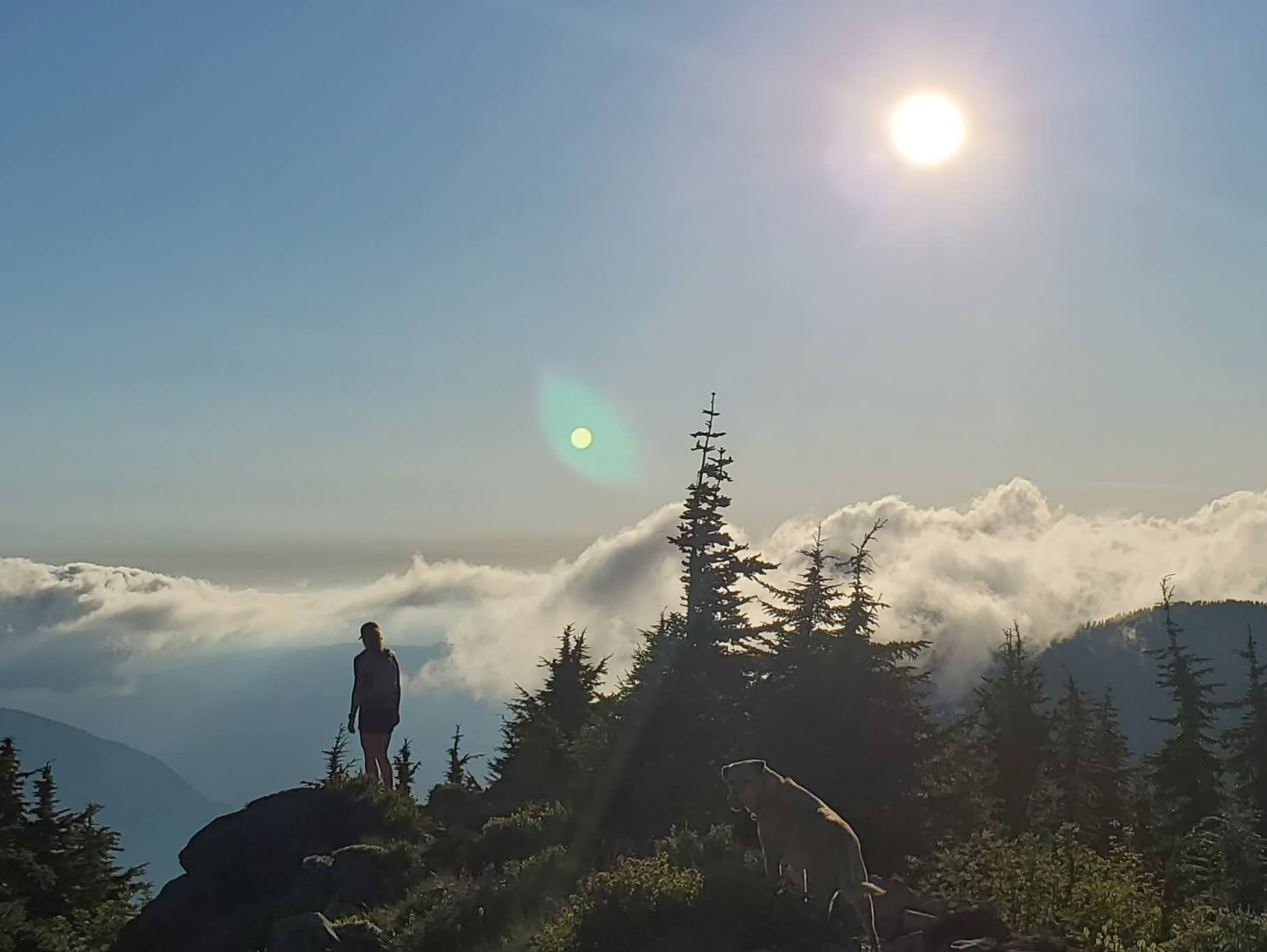 WTA: The guts of the WTA's new recommender feature are modeled on something you created for yourself. Can you talk a little bit about what you built and why?

Jade: Yeah, the original version of the recommendation engine was called RecTheTrail and was actually the capstone project that I built for a data science course that I took back in 2016. I was already a hiker and mountaineer at the time and spent a lot of time trying to find different hikes that I could use as training hikes for mountaineering so that I wasn't just doing Mt Si and Mailbox over and over again, so I built the recommender to do that work for me.

WTA: WTA's trail maintenance volunteer program is pretty well known. Tech volunteers have been a part of WTA's history for nearly as long, but they have played a little less obvious a role, often working on smaller project teams over longer periods of time. What has the experience of working on this project been like for you while juggling life, full time work, and also your own outdoor pursuits (in one case, a Wilderness First Responder class right before the feature release)?:

Jade: It's been a really great experience working as a tech volunteer. Getting to know everyone on the team, seeing how the WTA works both from a tech stand point and as an organization has been really cool. The team let me be as involved as I wanted to be, so it never felt overwhelming and since I'd already done so much work on the model ahead of starting this project, my part wasn't too involved. I plan to stay involved through recommender improvements. It's also solidified something that I learned last year during the BLM protests: activism and volunteering can take so many different forms. If going to trail parties or fundraising isn't your thing, there are so many other ways to get involved and a lot of nonprofits actually need volunteers with tech skills!

I always have a box of Cheez-its and a jar of pickles waiting for me in the car.

WTA: What hopes do you have for the recommender?

Jade: When I first built it, it actually helped me find some trails that I'd never heard of before and got me out exploring new areas of Washington. I'm really hoping that it helps people who don't have a lot of time to search for hikes find hikes that they wouldn't have otherwise, especially if it helps them get to some of the lesser known gems of Washington.

WTA: Presuming you have more free time after we launch this, do you have any big summer adventure plans?

Jade: Yeah! I'm currently really excited about summer rock climbing, trail running and mountain biking. Climbing Glacier Peak and Mount Olympus are on the mountaineering list for the summer, as well as some more technical rock climbs. I'm also doing an all girls mountain biking race, the Sturdy Dirty, in October and my boyfriend, his dog and I take a "climbing pilgrimage" trip to Utah and California in the late summer/early fall. 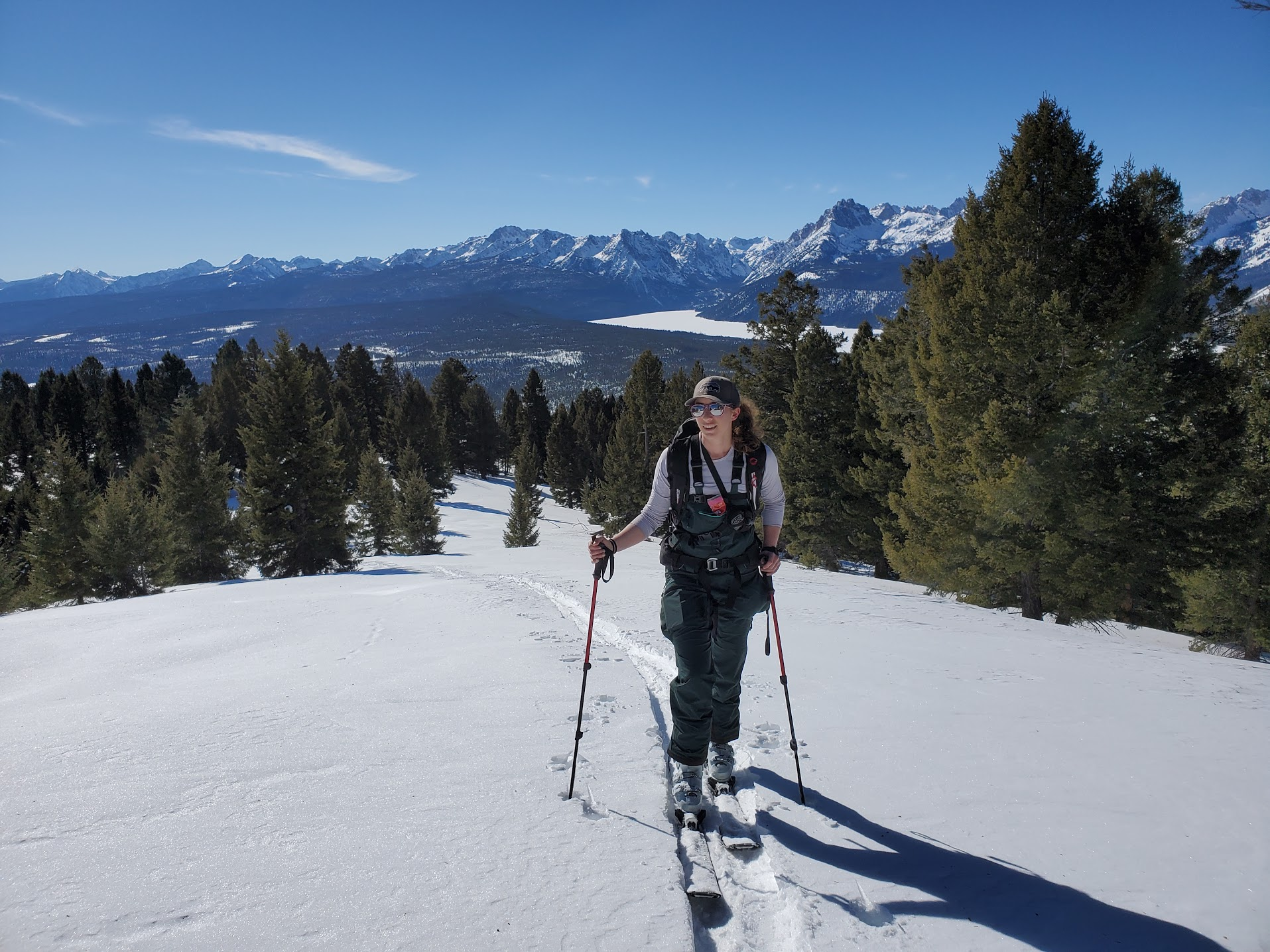 Jade Tabony ski touring Idaho. (Back at the car, there are pickles and Cheez-Its.) Photo by Michael Hannen