Skip to content
We're a State of Hikers, and That's Good News for Our Economy A new study from the Outdoor Industry Association has some impressive new statistics on the recreation economy in the state and the country. Your time spent on the trail generates more revenue than you might think! https://www.wta.org/news/signpost/washingtonians-more-likely-to-participate-in-camping-and-day-hiking-than-the-average-american-according-to-new-study https://www.wta.org/news/signpost/washingtonians-more-likely-to-participate-in-camping-and-day-hiking-than-the-average-american-according-to-new-study/@@download/image/30342191655_0779a72711_k.jpg

We're a State of Hikers, and That's Good News for Our Economy

A new study from the Outdoor Industry Association has some impressive new statistics on the recreation economy in the state and the country. Your time spent on the trail generates more revenue than you might think!

Enthusiasm from Washington's recreation community has always been strong, but according to a new study by the Outdoor Industry Association, residents of Washington are actually more likely to participate in camping and day hiking than the average American. Of course, this statistic might seem obvious considering the beautiful landscapes of our state, but the amount of fuel our economy gets from recreation may be more of a surprise.

According to the study figures in Washington State, outdoor recreation generates more than 200,000 direct jobs—more jobs than the aerospace industry. The study marks another key data point for an economic sector that's starting to get more notice in Washington.

The trend holds across the nation, too. It may seems like we never unplug, but recreation spending seems to imply the view from the trail might just be better than the one from the couch. According to the study, Americans spend more on trail sports than on home entertainment. 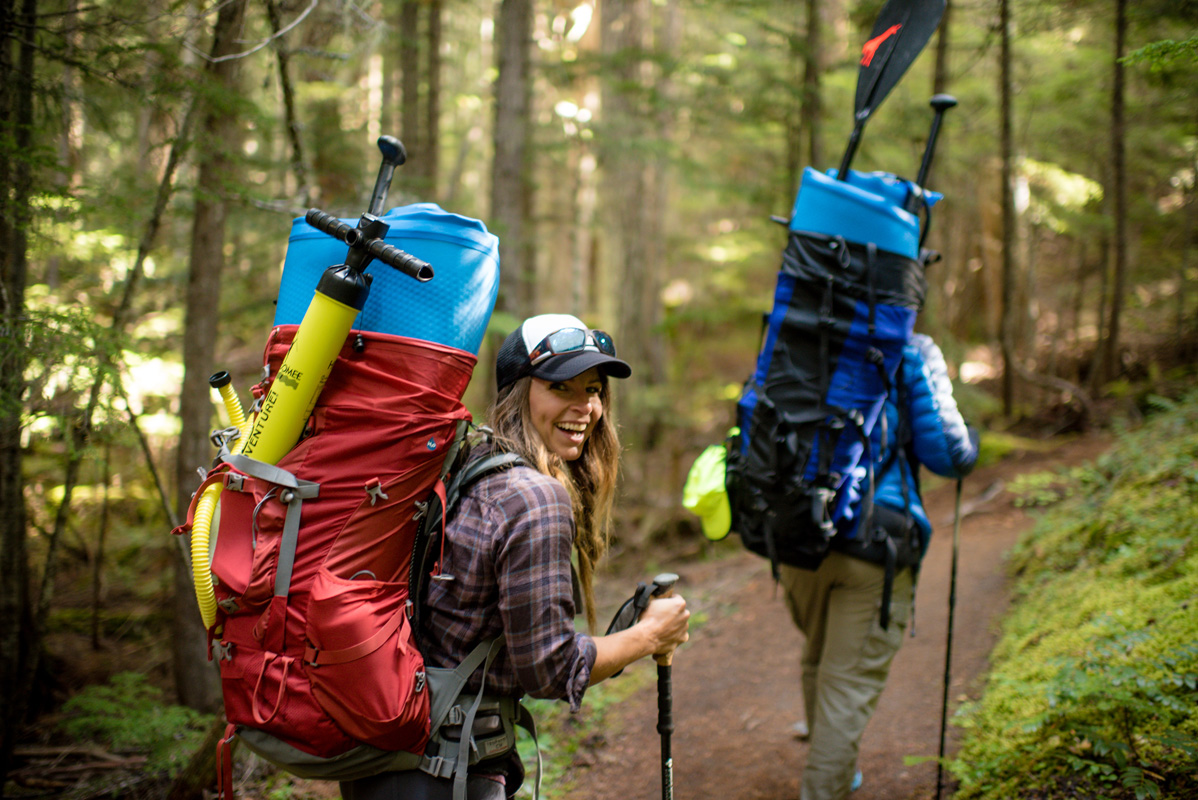 Hiking and outdoor recreation are huge generators of revenue for local economies. Photo by Janet Perry.

Nationally, the tax revenue from outdoor recreation is estimated to be able to pay the annual wages of over 1 million of each of the following: firefighters, police officers, librarians, kindergarten teachers, registered nurses and 920,000 high school teachers, according to the study.

Hikers and folks on trail play a huge part in the national recreation economy—the biggest, in fact. The study says that out of all recreation activities, trail sports (day hiking on trail, backpacking, rock or ice climbing, running 3+ miles, horseback riding and mountaineering) directly generate the most money in retail spending, jobs, salaries and wages, federal taxes and state and local taxes annually in America.

Our very own town of Darrington is even featured in the national study. Due to its quick recovery from the Oso landslide with the reinvention of its recreation, it was a finalist for the America's Best Community award.

We've known hiking is good for our physical and mental health and connecting our communities, and now we know it's good for our economy, too. Whether it be time, money or physical exertion, what you invest in the outdoors adds up—and there's no better feeling than to know that what you love to do benefits others as well. So basically, just keep doing what you're doing, and encourage others to experience some of the wonderful recreational opportunities our state has to offer.