Skip to content
Why is That Snow Pink? If you hike near snow in the summer, you’ve likely seen pink snow. It’s a striking sight, sometimes quite a vivid color pooled in melted areas, sometimes just a blush of pink dusted across a lingering snowfield. https://www.wta.org/news/signpost/why-is-that-snow-pink https://www.wta.org/news/signpost/why-is-that-snow-pink/@@download/image/robin kodner Mt. Watson photo credit John Commiskey.jpeg

Why is That Snow Pink?

If you hike near snow in the summer, you’ve likely seen pink snow. It’s a striking sight, sometimes quite a vivid color pooled in melted areas, sometimes just a blush of pink dusted across a lingering snowfield.

If you hike near snow in the summer, you’ve likely seen pink snow. It’s a striking sight, sometimes quite a vivid color pooled in melted areas, sometimes just a blush of pink dusted across a lingering snowfield.

Even though it’s pink — or sometimes red or orange — it’s actually caused by, somewhat counter-intuitively, green algae. These particular green algae, part of a group called Chlorophyta, come in many varieties and are found all around the world. Anywhere you can find snow in the mountains or polar regions, you can find snow algae. 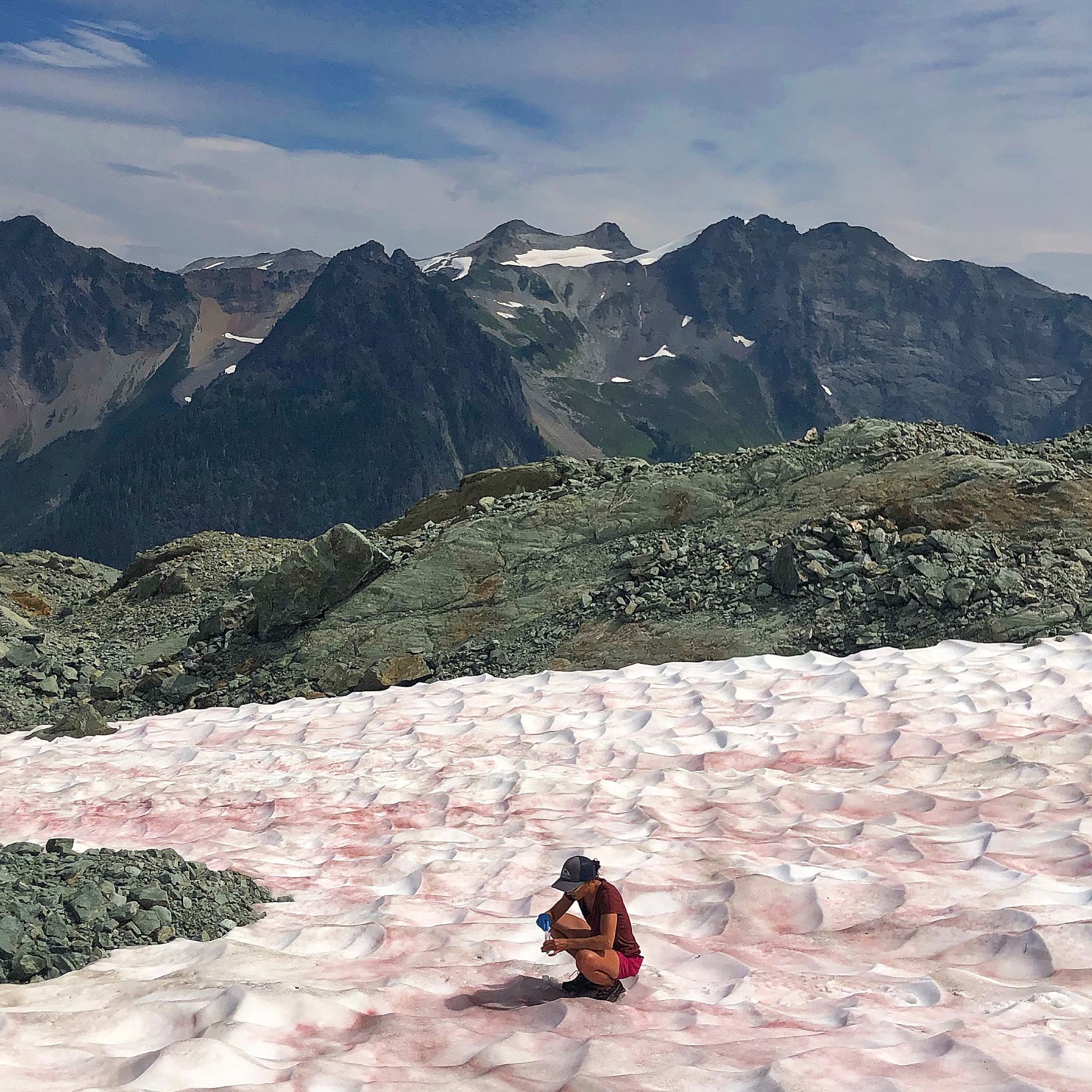 Pink snow, which is a kind of algae, can be spotted beginning in late spring. Scientists in Washington are working to better understand it. Photo by Robin Kodner.

The Living Snow Project, led by Robin Kodner, microbial ecologist and associate professor of environmental science based out of Western Washington University, is working to learn more about the biodiversity of pink snow using community-enabled science. They’re trying to understand how snow algae blooms inhabit snow each year, which affect the rates at which snow melts — particularly important given climate change. Algal blooms make snow fields a darker color, which can make snow warm up and melt faster.

Researchers believe that snow algae’s lifecycle throughout the year goes something like this: The algae on the surface of old snow gets covered by fresh snow in the fall and winter. During this time, the algae go dormant. When the snow begins to melt and get saturated with liquid water as the weather warms up, the algae develop into little swimming cells, called flagellates. Those cells swim up to the surface of the snow, where they can reproduce and spread, which is known as a bloom. Then the process repeats annually.

Snow algae usually become visible in the late spring and early summer, as snow begins to melt. The pigment that gives snow algae its distinctive pink or red color develops as the algae matures. The pigment serves as sun protection and the dark color helps the snow around the algae melt, which is useful for the algae which require liquid water to complete their lifecycle, but potentially bad news for snow packs. 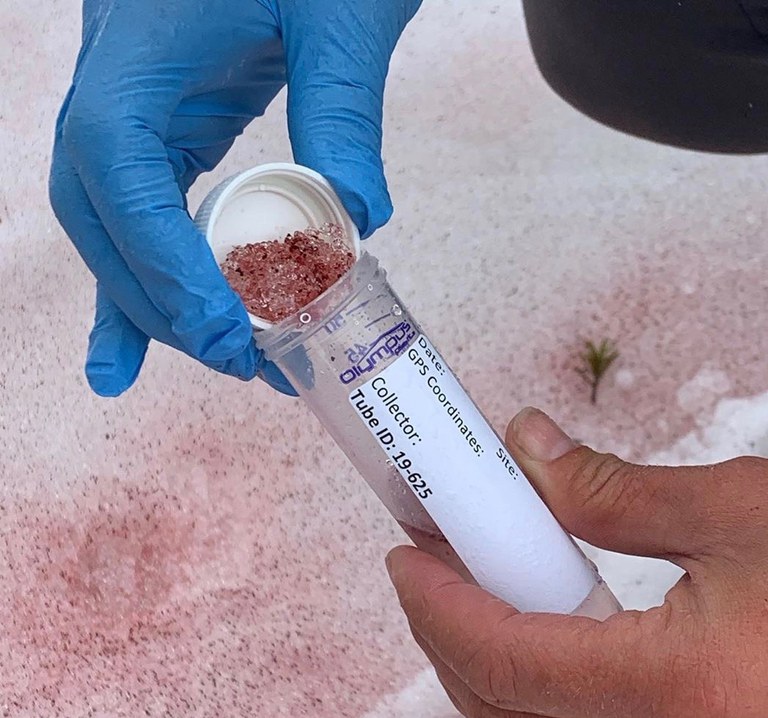 The Living Snow Project wants to understand more about what this all means, for the environment and for those who recreate in alpine areas where snow algae are found. They are building the largest database of snow algae blooms in the world.

Hikers and climbers are needed to help with the research, by reporting sightings when you are out in the mountains using their app (available in the Apple and Google Play stores) and by taking samples. Get more information about snow algae and how to volunteer at their website. at To sign up to volunteer, click on “volunteer sign up.”

This article originally appeared in the Summer 2022 issue of Washington Trails Magazine. Support trails as a member of WTA to get your one-year subscription to the magazine.