Skip to content
Copper City Ghost Town Once the center of mining activity in Yakima County, Copper City served 42 active mining claims from 1907 to 1942. The founders of the town hoped to boom when the railroad came through, but the tracks were never put down. Walk the old mine-to-market road into town, where only the collapsed remains of a few buildings remain. https://www.wta.org/go-hiking/hikes/copper-city-ghost-town https://www.wta.org/site_images/hikes/coppercityhorizontalehhb.jpg/@@download/image/CopperCityHorizontalEHHB.jpg 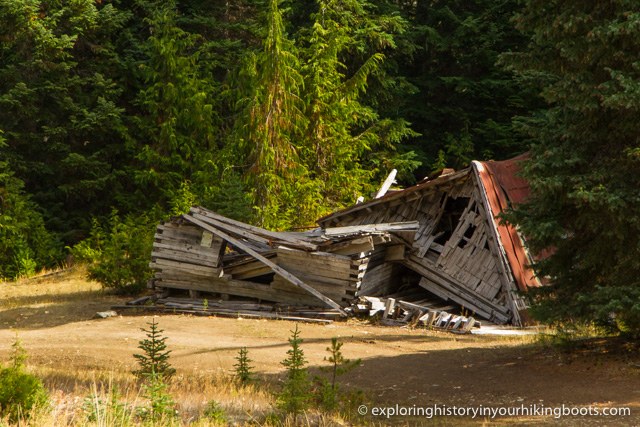 7 Trip Reports for this trail, below

Hike by WTA Community: Exploring History in Your Hiking Boots

Once the center of mining activity in Yakima County, Copper City served 42 active mining claims during the period from 1907 to 1942. The first mine claim near Copper City was filed by James T “Cap” Simmons in 1889. Many other claims soon followed. A man named Reuben Root eventually bought the claim at Copper City and he is credited with sparking and maintaining investment interest in the area. By 1906 many claims in the area had been consolidated into the Copper Mining Company group.

By 1910 Copper City had cabins, a bunkhouse, a sawmill, a blacksmith shop, and an ore mill. An elaborate water system provided the cabins with running water and newly installed telephone lines allowed communication with the outside world. The ore mill at Copper City separated rock that contained precious metals from non-valuable “country rock”. The resulting concentrated ore was then transported by horse and cart to a railroad line which in turn transported it to a smelter in Tacoma. The smelter completed the process of extracting the precious metals from the ore.

In 1917 the US Bureau of Mines reported that the Copper Mining Company had shipped five tons of ore to the smelter. This ore contained 170 ounces of silver and 1,486 pounds of copper. When plans were made to run a rail line directly to Copper City, the town’s founders hoped the increased accessibility would cause a boom. Much to their disappointment the tracks were never put down. In the end the mines around Copper City never produced the riches that were expected. In 1948 all of the machinery in the town was moved to more profitable mining areas.

To reach Copper City you will walk the old mine-to-market road into town. On your left you will see the mostly-collapsed remains of the bunkhouse, and a little farther on you will encounter the remnants of the old ore mill.

From Enumclaw, drive east on Highway 410 for about 64 miles. Turn right onto Bumping River Rd / NF-1800. Follow for about 20 miles. Park in the pullout on right side of road. 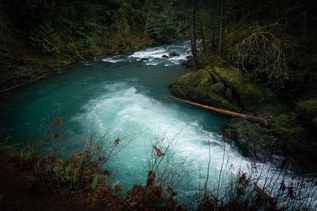