Skip to content
East Fork Lewis River If you like rugged, primitive trails, creek crossings with no bridges and finding a great view at the end of the trail, this hike is for you. https://www.wta.org/go-hiking/hikes/east-fork-lewis-river https://www.wta.org/site_images/hikes/6-24-10-east-fork-trail-9.jpg/@@download/image/f2f39c88ef912696f581efd97335b8af_photo1

Print
Looking back from the end of the trail down into the East Fork Lewis River drainage. R.Ojerio 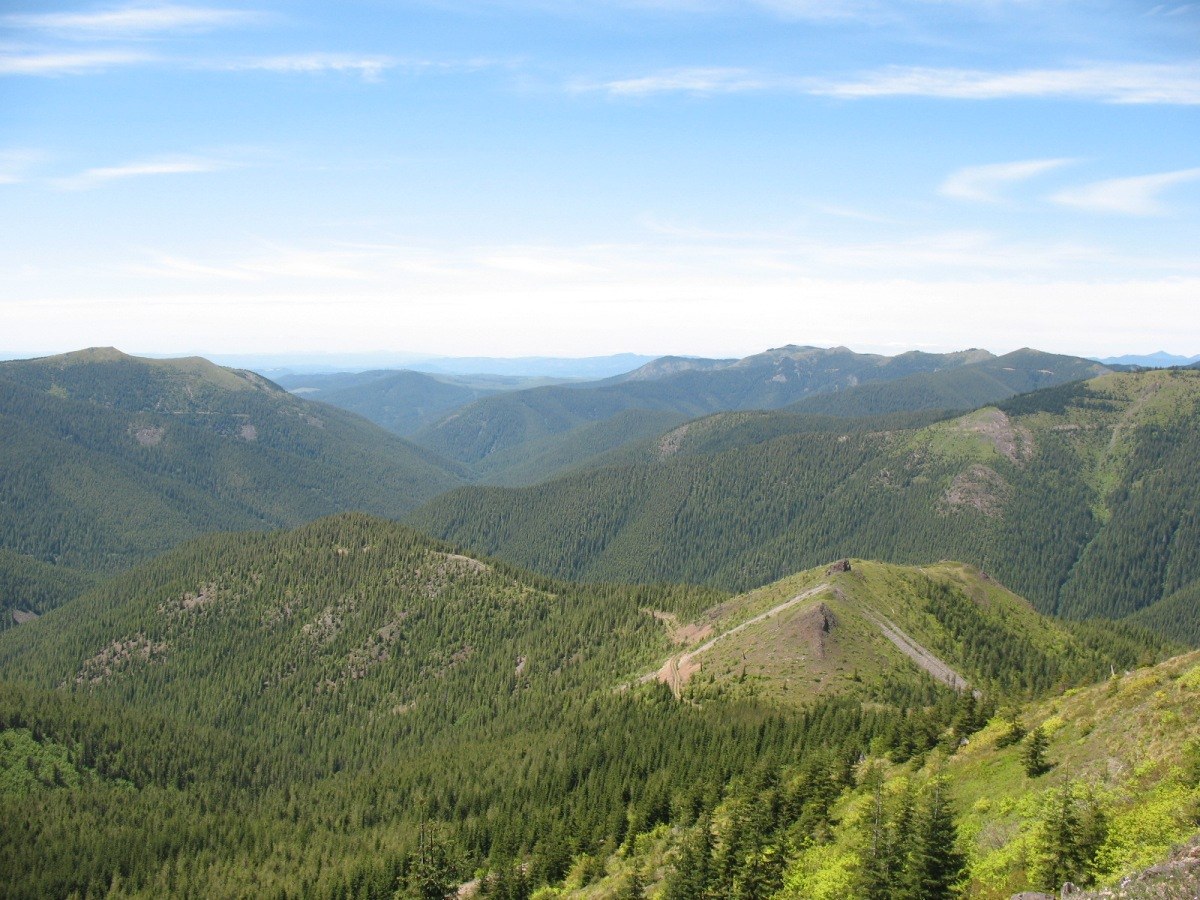 19 Trip Reports for this trail, below

If you like rugged, primitive trails, creek crossings with no bridges and finding a great view at the end of the trail, this hike is for you.

The East Fork of the Lewis River Trail is a little bit off the beaten path so it doesn't get much maintenance, but it doesn't get crowded either. The trail starts out crossing the river on an abandoned car bridge. The first miles is an old road bed overgrown with alder, and WTA volunteers have reshaped the trail bed to transform its straight lines into a more natural "trail shape". There are two creek fords that can run high after heavy rains and then after about a mile the route goes across the river and is only passable when the water is low (Summer through early Fall usually - depending on how much you like to wade).

On the other side the trail continues on an abandoned road, but the alders are taller and lush sword ferns abound. About two miles in you pass some flat areas that might do for small campsite right along the trail. Then you cross the river again but by now the river has diminished in volume and the crossing is less scary. Beyond this crossing evidence of the old road disappears altogether and the forest thickens. Every so often there is a huge fire scarred old growth trunk; like tombstones commemorating the 1903 Yacolt Burn that swept through the area.

The last couple miles climb steadily upwards and the trail starts to disappear, covered over by ferns and other vegetation. As you ascend the south facing slope, it gets drier and the trees smaller and more dispersed allowing glimpses of Lookout Mountain above.

Due to a backlog of maintenance concerns WTA added this trail to a list of places to prioritize as part of the "Lost Trails Found Campaign". 2017 project work on this trail supported by a generous Matching Awards Program Grant (MAP) from the National Forest Foundation.

502 (Main Street in Battleground) and 503 (Lewisville Highway) intersect in near a mini-mall with a Safeway. Head north on 503 for about 6 miles. Turn right on Rock Creek Road and go about 8 miles continuing past Lucia Falls and Moulton Falls.

Follow 42 for about 5 miles of bumpy potholes and look for a wide spot on the right side of the road. The trail begins on an abandoned road that is blocked with boulders and largely grown over with vegetation. 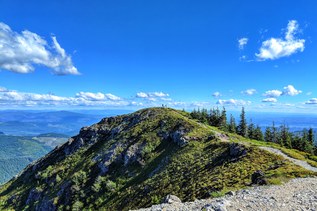