Skip to content
Lookout Mountain Lookout To get panoramic views of the North Cascades without fighting the crowds at Cascade Pass or Hidden Lake Lookout, look no further than Lookout Mountain, an arduous climb that often gets overlooked by hikers heading to North Cascades National Park. From the fire lookout on the summit, enjoy 360-degree views of Mount Baker, Mount Shuksan, and a panoply of other North Cascades giants. https://www.wta.org/go-hiking/hikes/lookout-mountain-1 https://www.wta.org/site_images/hikes/lookout-mountain-lookout.jpg/@@download/image/Lookout-Mountain-Lookout.jpg

Print
From inside the lookout, Mount Baker appears in one window, Shuksan in the middle, and the Picket Range in the third. Views don't get much grander than this. Photo by Paul Kriloff. 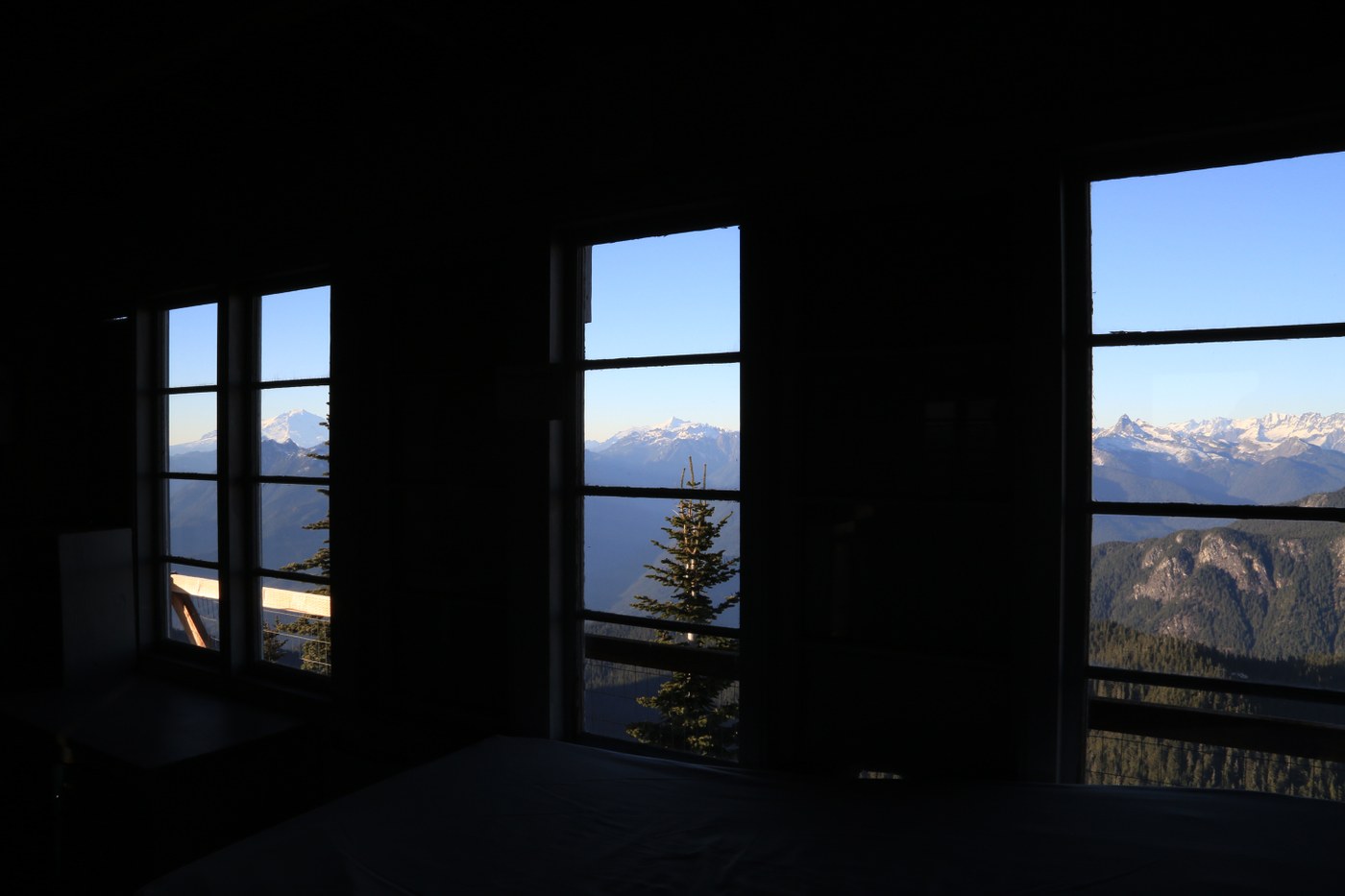 182 Trip Reports for this trail, below

Pity poor Lookout Mountain. Despite the 360-degree views of the North Cascades to be had from its namesake fire lookout, it can scarcely compete with nearby hikes like Hidden Lake Peaks and Cascade Pass. Legions of hikers race right past on Cascade River Road, leaving Lookout Mountain with a fraction of the crowds of those other trails. It almost isn’t fair.

If you decide to take advantage of its relatively solitary vantage, be prepared for a long climb that guards its views jealously. The trail is almost entirely in trees, and when you do finally leave the forest behind, you are in for a cruel tease. The trail comes within 500 feet of the summit as the crow flies. The end of the trail looks so close you could touch it, but a steep dropoff between you and the top of the mountain leaves you with another half mile to go. It’s the last leg of a 4,500-foot climb that plays out over 4.7 miles.

The trail starts from a small pullout seven miles up Cascade River Road. It immediately begins climbing, and climb is all it does for a long while, with little but switchbacks and sweat to mark the passing miles. The first milestone comes in the form of creek crossings two and a half miles in. In another third of a mile, you reach a trail junction--the fork to the right leads to Monogram Lake, more than a mile away. In roughly another half of a mile, the trail finally leaves the trees and begins traversing a rocky meadow on its way to the spot described above. The summit looks deceptively close at hand. The trail instead heads southwest and completes a series of long switchbacks before seeming to disappear in a dense stand of hemlock. Just beyond lies a sweeping southerly vista followed by a turn back to towards the north. You’re on final approach--up the ridge, straight to the summit.

The summit is, of course, crowned by the fire lookout, bearing the circular name of Lookout Mountain Lookout. The current tower is a 1960’s remodel that replaced the original structure from the 1920’s. It is open to the public and contains a small exhibit of historic lookout gear. From its wraparound deck, you will quickly understand why it was built here. It provides sweeping views that take in the full breadth of the North Cascades, starting with Mount Baker and Mount Shuksan and continuing to Eldorado Peak and the glaciers of Boston Basin.

Odds are good – even on a nice day – that you’ll have a chance to enjoy them in peace and quiet.

Approaching from the west, drive Highway 20 to Marblemount. At the bridge over the Skagit River across from the Buffalo Run Inn, head east on Cascade River Road for seven miles. The trailhead pullout is on the right and well marked. 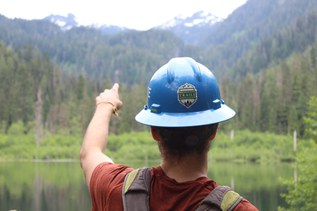