Trail difficult/impossible to navigate:
Trees down across trail.

Snow and ice on road 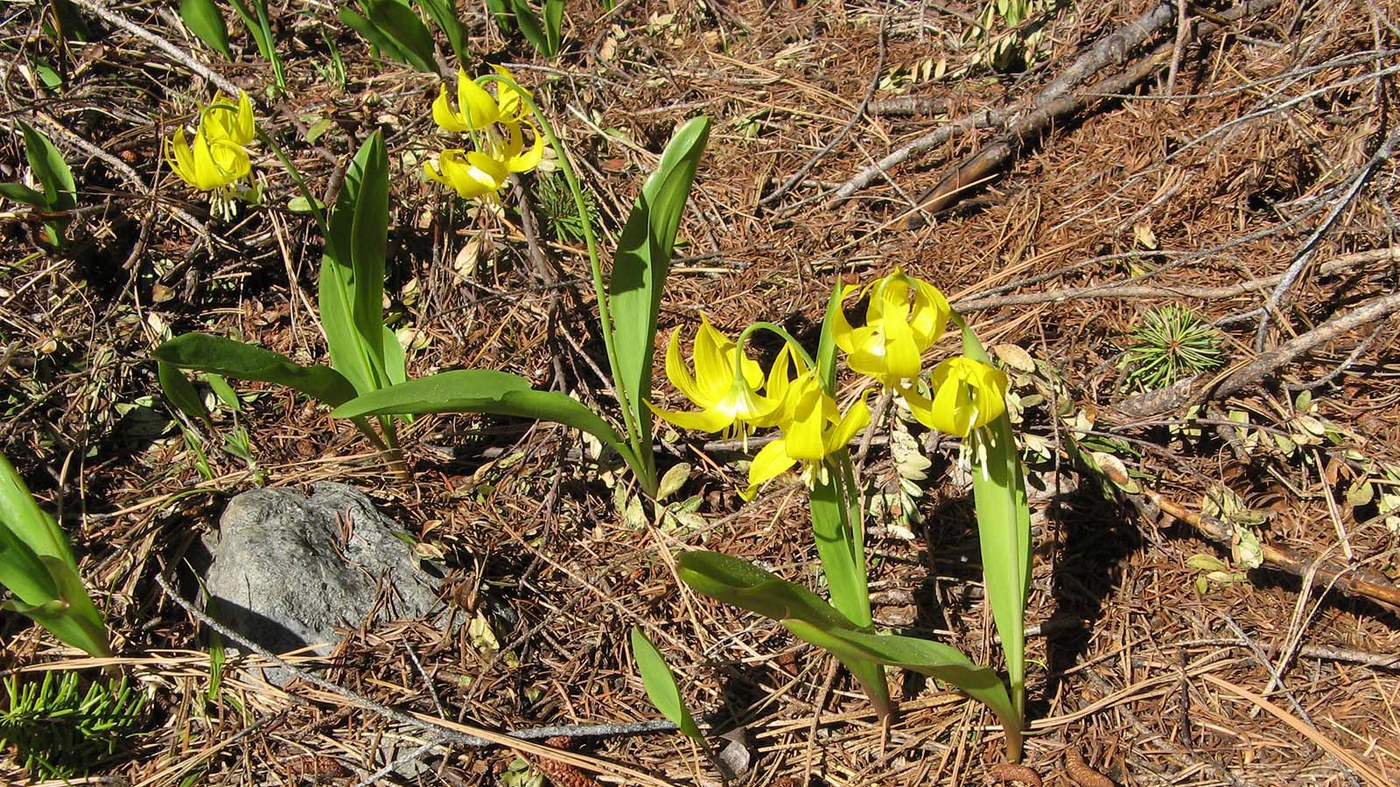 We parked at the pullout on Hwy 20 at Cedar Cr Rd. Used snowshoes up the road on the way in, but not on the way out. A tree blocks the road 0.2 mile from the pullout, but is easy to step over. The easy walk up the road has had lots of human traffic (hikers, snowshoers, snowmobiles,...) along with some natural ones - including scat left by a large carnivore.

At the trailhead, the vault toilet is unlocked (with TP), but the picnic table is still partially buried in snow. Officially, this area is unmaintained by the USFS from October to May.

Snowshoes were not necessary on the trail as it alternated between bare dirt and snow. The trail is about 60% snow covered in the first 0.6 miles. The half a dozen logs over the trail in the first 0.5 mile are a minor impediment for hikers.

Between 0.5 mile and 0.6 miles are three large hazardous jumbles of logs making travel extremely difficult for hikers. In the first jumble, the trail is on steep slope and directly under a large tree that is resting on snow and partially supported by some bent over brush. We spent over an hour working our way through and around the jumbles, covering a little more than 700 feet of trail distance.

After reviewing where we had been, seeing an entire hillside of uprooted trees, and more of the same up the trail, we had some lunch and headed back. The return through the 700 feet of jumbles, knowing where we were going, still took 10 minutes!

There were a few glacier lilies by the trail, just before the first jumble. The falls will have to wait until the snow melts and lots of chainsaw work is done...

The First Jumble - The Trouble Begins 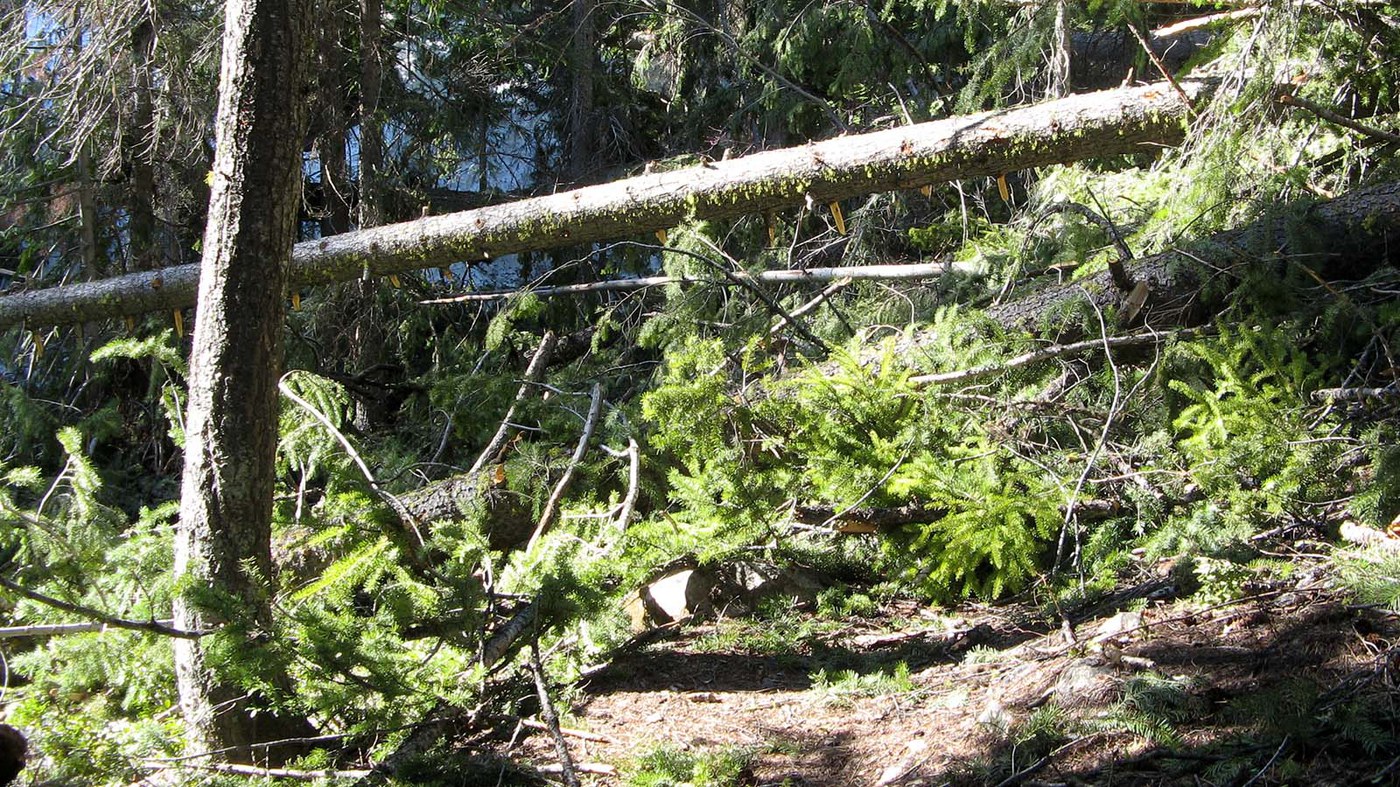 The Second Jumble - There's a Trail in There Somewhere 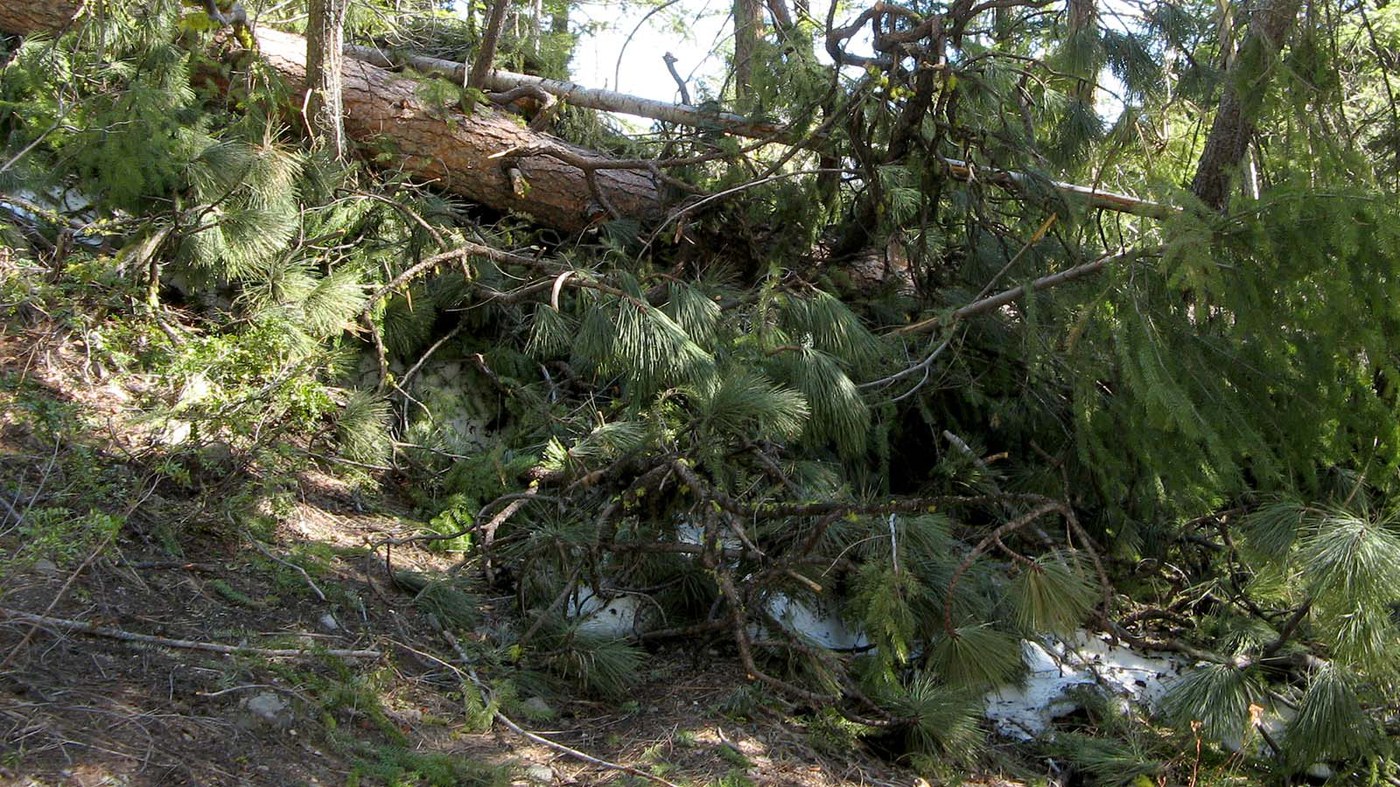 The Third Jumble - Too Much! 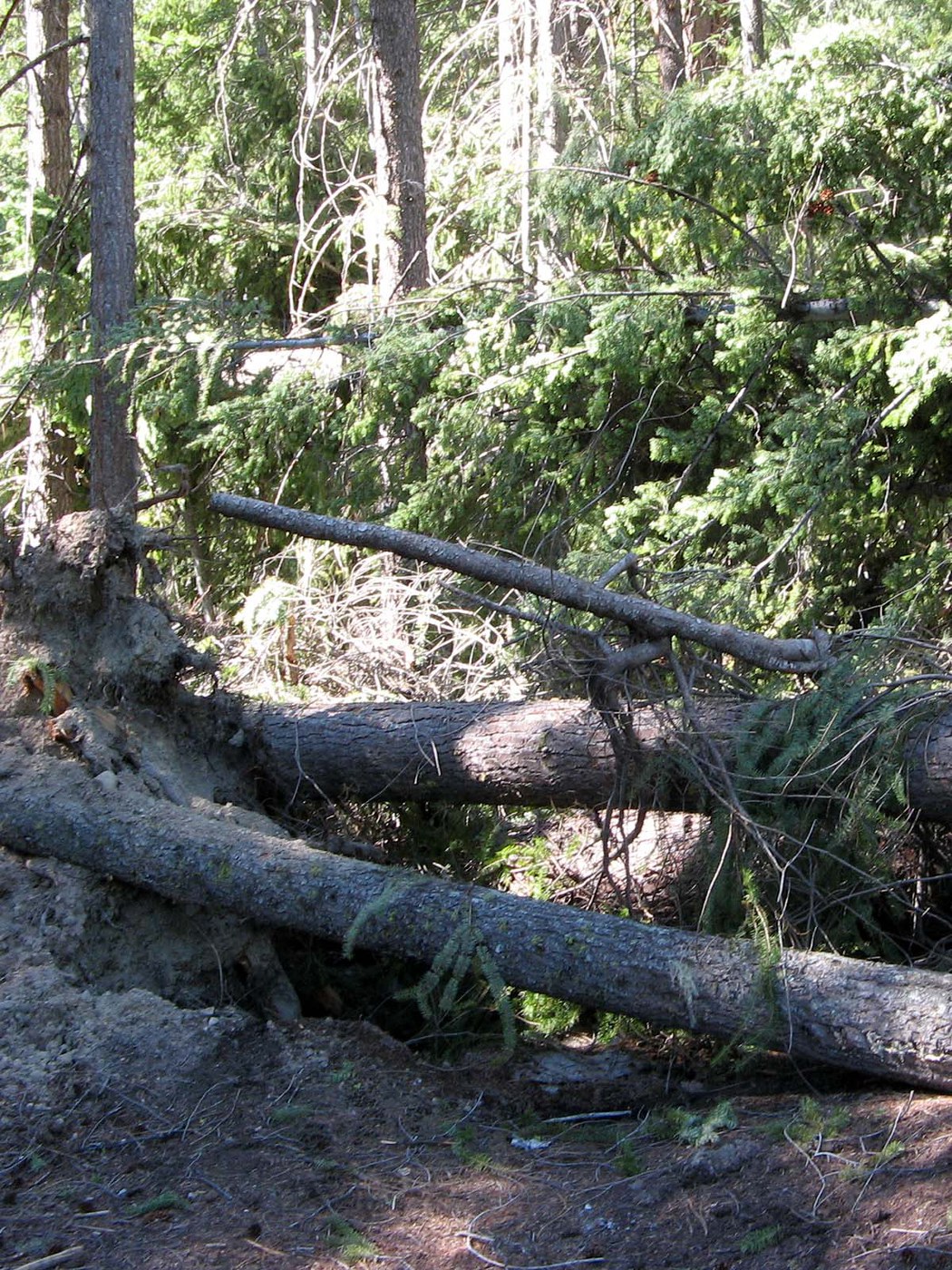