Skip to content
Mowich to Longmire, Wonderland Trail, Sunrise to Mystic Lake, Indian Bar - Cowlitz Divide, Stevens Canyon Waterfalls 93 miles with a baby. This was probably the hardest thing I've ever done. I'm post-dating this trip report for now, since the people I ran into might like to see it. The actual trip was 8/3-8/17. ... https://www.wta.org/go-hiking/trip-reports/trip_report.2013-08-19.3957617199 https://www.wta.org/site_images/trip-reports/2013/dscf4004.jpg/@@download/image/DSCF4004.jpg

leaning out from the carrier to smile at me :) 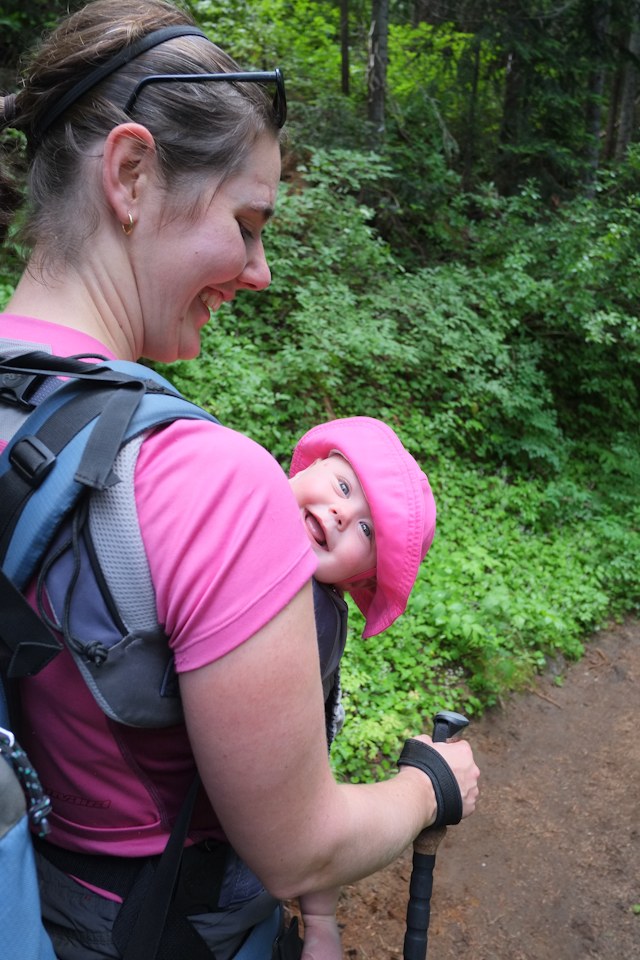 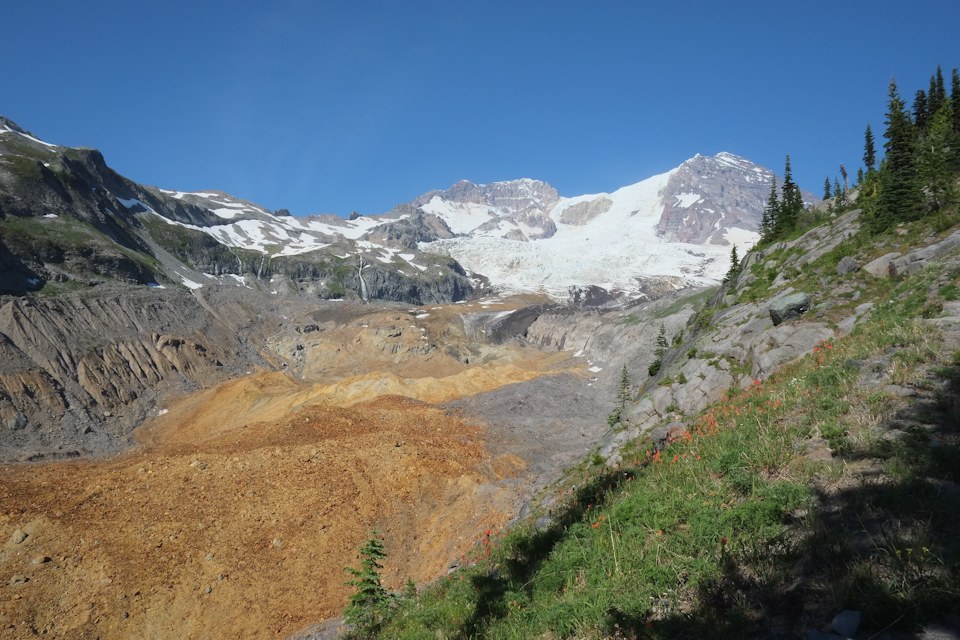 Steep section of the gap. Fortunately there were a good set of steps kicked in, and quite a bit of dirt to provide traction. 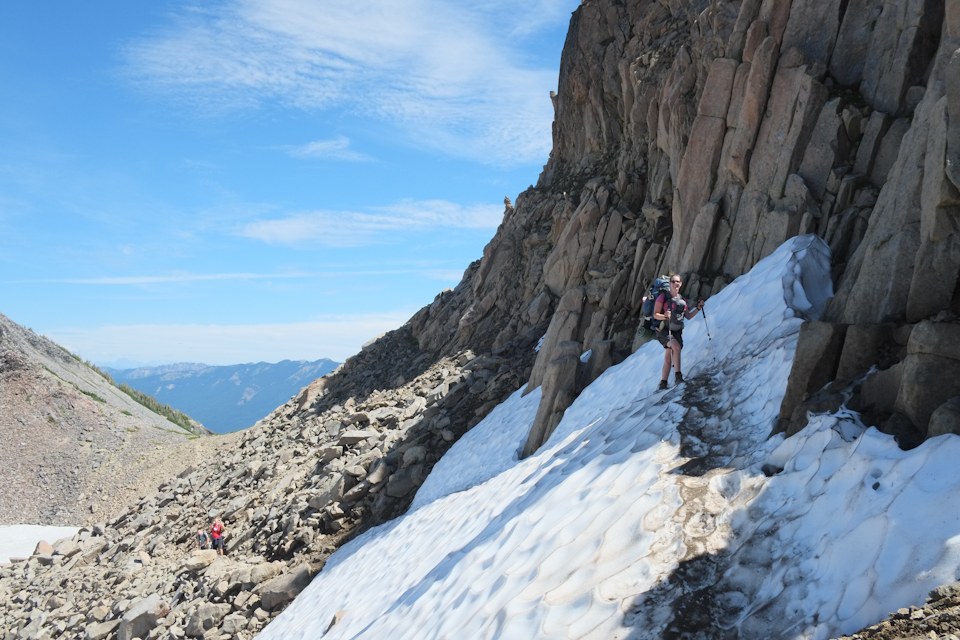 The washed out section of the trail wasn't too bad 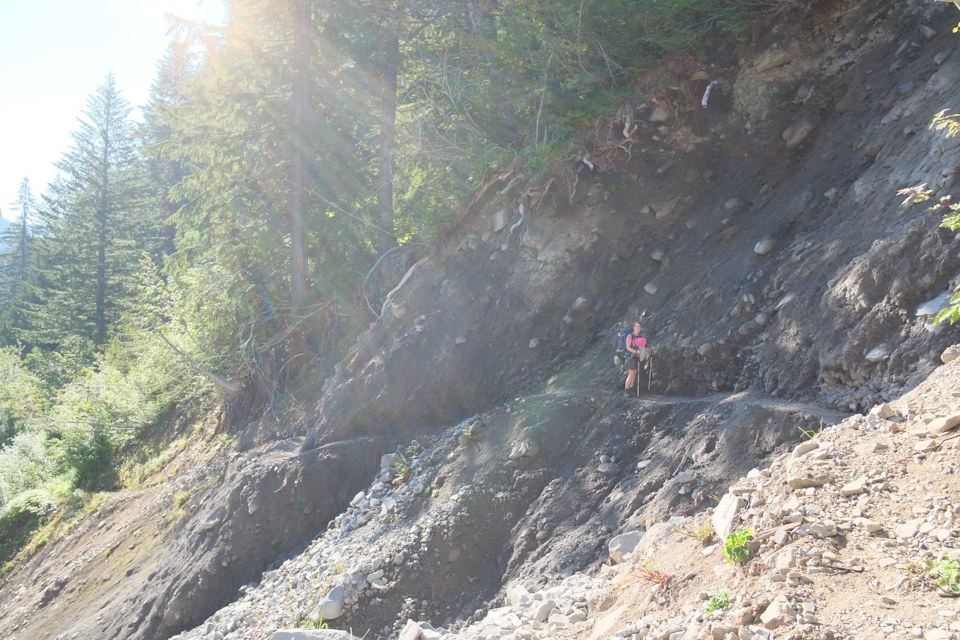