Mid-winter break brings adventure and exploration on the southwest Washington coast to one family.

It was mid-winter break for my 8-year old twins Nathan and Lila and while we all had visions of escaping to some southern destination where the only layers you had to wear were sunblock and shorts, we were bound instead to having an adventure closer to home. First, we defined a few criteria in selecting our February destination:

Ultimately, we landed on Cape Disappointment State Park located at the mouth of the Columbia River and on the southern tip of Long Beach peninsula. It turned out to be a great choice! We were nearly the only  people staying in the entire state park, which I imagine is true for most of the “off-season.” The beauty of the wild ocean beach shrouded in winter mist paired with miles of trails that wind through wind-blown forests, over sandy dunes and past bird-rich lagoons made our experience seem like a step back in time.

A cozy retreat in the chilly season

Instead of pitching a tent (which we typically do) we rented one of the three rustic cabins located on the shores of O’Neil Lake. Each one-room cabin has a  double bunk-bed, futon couch and a small table. There’s electricity (but bring a power strip if you need to plug in any extras), a small wall heater, though we still wore long underwear and down vests to be comfortable, and two chairs. Bring extra folding chairs if there are more than two in your group and you want to eat at the table together. Cooking is not allowed in the cabins so bring your camp stove, water jug and  kitchen kit, too. 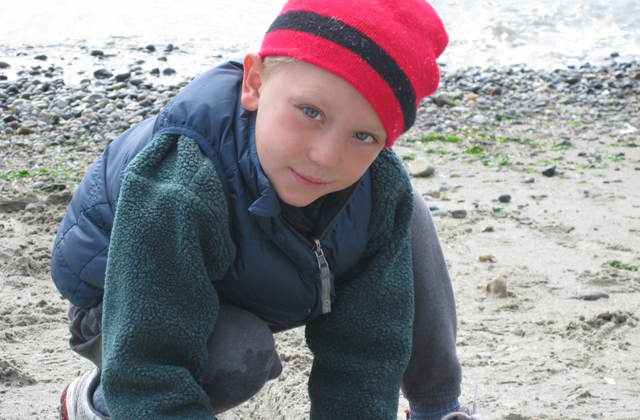 The beach provides lots of options for kids to explore. Photo by Cris Miller

At the end of each very full day, we cozied ourselves down in the cabins with hot-chocolate, playing board games. Let me recommend Forbidden Island as my kids’ favorite. After a fun game, we hunkered down in our lofty sleeping bags, turned our headlamps off to total blackness and fell asleep to the soft lapping of water on the lakeshore. Lila still talks about the eleven-hour, uninterrupted night of sleep she enjoyed on our first night at Cape Disappointment.

A base camp with plenty of options 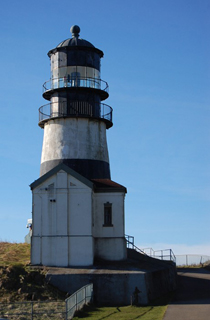 The lighthouse is just one attraction in Cape Disappointment State Park. Photo by Yoh!Member.

The historical aspect of Cape Disappointment provides great educational opportunities, as it was the farthest point westward reached by the Lewis and Clark Expedition over 200 years ago. Our twins loved visiting the informative Lewis and Clark Interpretive Center located inside the park. The exhibits are engaging, interactive and helped bring to life the experiences of the early explorers, the native people and the rugged natural environment. Save the interpretive center for a rainy day, it’s a great backup if weather foils your plans.

One last thing, Cape Disappointment State Park also makes a great basecamp from which to visit other Long Beach sites such as Leadbetter Point State Park, Willapa Bay, the Maritime Museum in Astoria and the other Lewis and Clark sites that comprise the Lewis and Clark National Historical Park in both Washington and Oregon.

I can’t begin to tell you what a treat the trip was for me – no disappointment here. Don’t forget your Discover Pass if you're just visiting for the day and not camping or spending the night at one of the cabins or yurts.