Skip to content
Celebrate National Park Week With a Look Back This year, while many trails and public lands are undergoing temporary closures, the annual celebration will be taking a turn for more virtual programming. And at WTA, we wanted to play our part in finding ways to celebrate online. https://www.wta.org/news/signpost/celebrate-national-parks-week-with-a-look-back https://www.wta.org/news/signpost/celebrate-national-parks-week-with-a-look-back/@@download/image/Glacier Basin. Photo by VentureBold.jpeg

Celebrate National Park Week With a Look Back

This year, while many trails and public lands are undergoing temporary closures, the annual celebration will be taking a turn for more virtual programming. And at WTA, we wanted to play our part in finding ways to celebrate online.

This week marks the annual celebration of National Park Week — a time to commemorate and support our favorite parks. In Washington, we have three stunning National Parks at our fingertips — Olympic, Mount Rainier and North Cascades — as well as a number of other lands within the national parks system, like the Nez Perce, Minidoka and Klondike Gold Rush historic sites.

This year, while many trails and public lands are undergoing temporary closures, the annual celebration will be taking a turn for more virtual programming. And at WTA, we wanted to celebrate parks, even if we can't visit in person.

Over the years, we've been working to improve and protect our local national parks with the help of hikers like you — bringing your voice to D.C. and advocating for increased funding for recreation opportunities and working on-the-ground with volunteers to build new trails and improve existing favorites. So in honor of National Parks Week, we wanted to take a look back at five memorable national park projects and showcase the power of hikers. 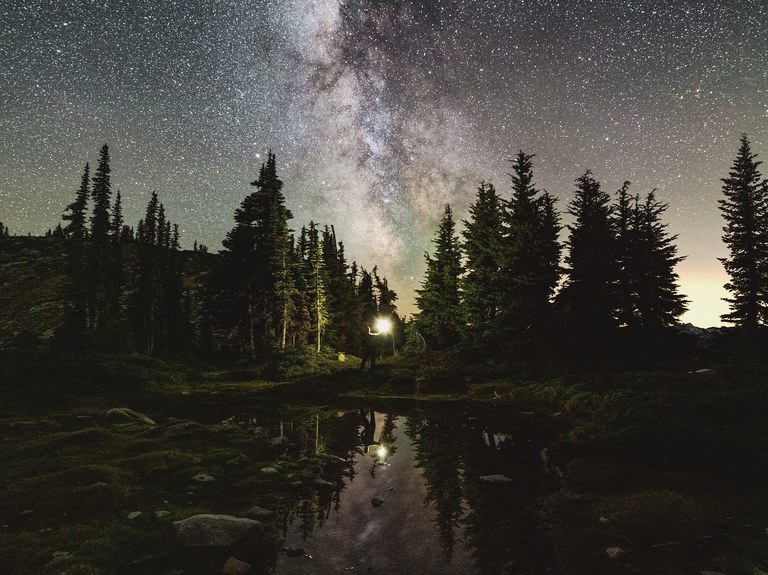 Advocated for permanent funding OF THE LAND AND WATER CONSERVATION fund

We've been longtime supporters of the Land and Water Conservation Act (LWCF), and this past winter, we were delighted to report that the work of WTA and hiker advocates has paid off. Through the recently proposed Great American Outdoors Act (S. 3422), we may be able to finally secure permanent funding for the Land and Water Conservation Fund (LWCF) at $900 million per year. The act also provides $1.9 billion per year for five years into the “National Parks and Public Land Legacy Restoration Fund.” In Washington, the LWCF has historically helped fund iconic places like Mount Rainier and Olympic national parks, the Pacific Crest National Scenic Trail, Ebey's Landing National Historic Reserve and more. The landmark bill is currently waiting for passage by the U.S. Senate and House of Representatives.

Back in the mid-2000's, seasonal floods caused severe damage to the Glacier Basin trail in Mount Rainier National Park — a beloved route which transported hikers from the wooded campground in White River to a picturesque valley with awe inspiring views of Tahoma. WTA called upon our incredible volunteer community to help rebuild the path and restore access to the famed basin. And, after four years of work, we helped open the newly constructed trail in the summer of 2011. Since then, hikers from near and far have had the pleasure of enjoying a brand-new route to one of the mountain's most iconic glaciers on an easy-to-hike trail. 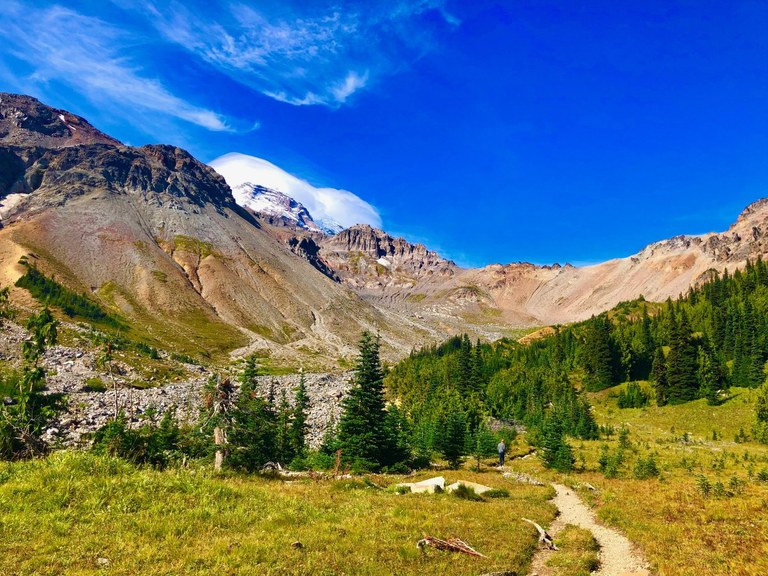 The trail to Glacier Basin is a popular choice for hikers visiting the north side of Mount Rainier. Photo by trip reporter VentureBold.

Reauthorized the EVERY KID OUTDOORS ACT

Last year, we asked hikers to reach out to their U.S. House representatives and ask for their support in passing the John D. Dingell, Jr. Conservation, Management, and Recreation Act (S.47) — a massive public lands package which included the reauthorization of the Every Kid in a Park Program (now known as Every Kid Outdoors). This program provides fourth graders with a free park pass for themselves and their families to federally managed public lands like national parks, helping the next generation grow into our future land stewards. In less than 24 hours, almost 700 members of the WTA community emailed their representatives. And since all of our representatives voted in favor of this lands package, what you did was no small feat!

Revived a long lost trail in the Olympics

On the western flanks of Washington's most visited national park there is a hidden gem — the Bogachiel River Trail in Olympic National Park. As one of the more remote access points into the park, the Bogachiel does not always see the same amount of grooming as nearby access points. After a particularly rough winter in 2017, the trail was looking even worse for wear. In order to save this trail from falling off the map completely, our volunteers joined us for more than 20 days of work clearing storm damage and making some much needed trail improvements — and we're not done yet! With even more work planned for the future, we hope we can bring this area back to its former glory and encourage hikers to try out a new path. 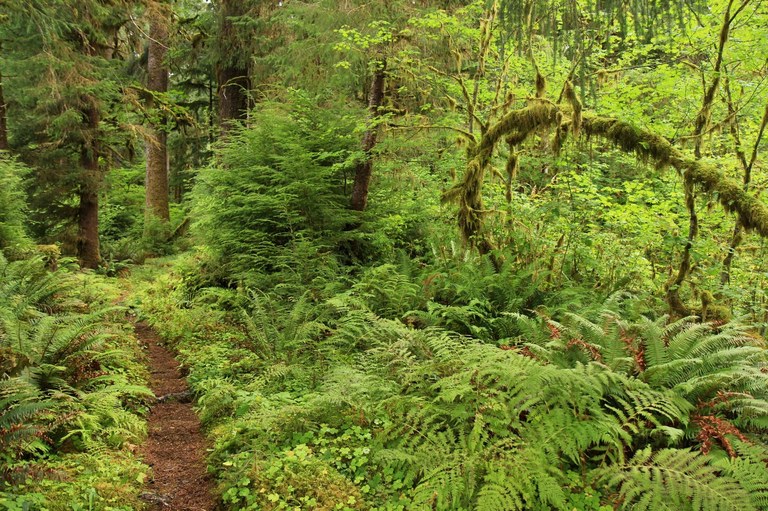 The dense and unbelievably green understory along the Bogachiel River. Photo by trip reporter Birb.

Stood up for the Recreational Trails Program

The Recreational Trails Program (RTP) is a key source of funding that is awarded to federal or state agencies as well as nonprofit organizations, like WTA, in order to provide volunteer trail maintenance on public lands. This funding has been critical to the success of our trail maintenance program and has heightened our impact on federal lands. A smaller portion of RTP supports education projects in order to help fund wilderness rangers and other important trail user education efforts. Despite this, an amendment was proposed in 2015 that would have removed the Transportation Alternatives Package where RTP is funded. When we reached out to hikers for support, they came through with force — contacting their elected officials and leading to a huge victory that not only halted the amendment, but provided an added $85 million for trails across the nation.

These are just a handful of ways that WTA and the hiking community have come together to make positive change in our parks — and we know there will be plenty more victories to celebrate in the future. Thank you for coming along on that journey with us, whether that's through being a member, using your voice as an advocate or joining us on trail (just as soon as it's safe to do so again).

MeLuckyTarns on Celebrate National Park Week With a Look Back

Huzzah for all who advocate for Nature!!

Wilderness Photographer on Celebrate National Park Week With a Look Back

I hugged a tree for Earth Day. No social distancing required!