The package is the largest public lands bill in recent history, and there's plenty to celebrate for hikers in Washington state.

On Tuesday night, the U.S. House of Representatives passed the largest public lands bill in recent history, including permanent reauthorization of the Land and Water Conservation Fund (LWCF); new protections for Mountains to Sound Greenway National Heritage Area and Methow Headwaters; and the Every Kid Outdoors Act, authorizing for seven years the Every Kid in a Park program (now called Every Kid Outdoors), to encourage youth to visit their national parks and public lands. This is an enormous win for outdoor recreationists and conservationists alike, with sweeping impacts on Washington state. 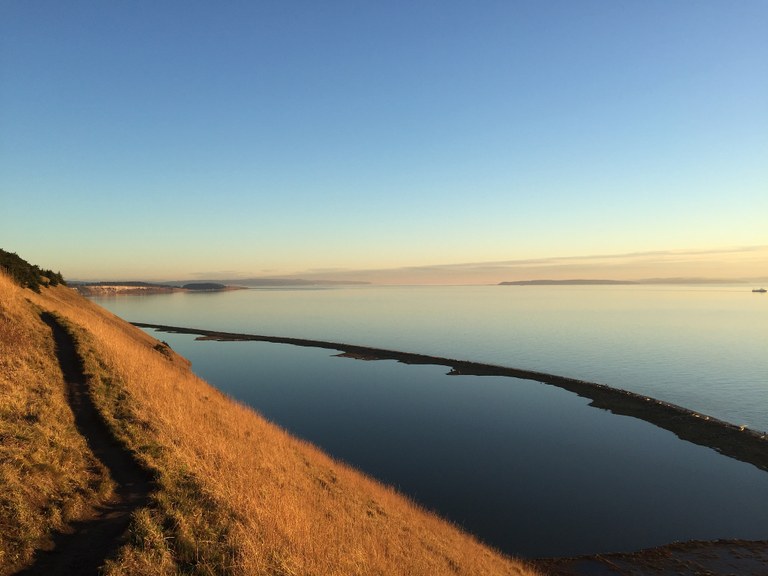 The bipartisan support for the bill, the "John D. Dingell, Jr. Conservation, Management, and Recreation Act" (S.47), was apparent. It passed the House by a margin of 363-62 after passing 92-8 through the Senate two weeks ago. All ten of Washington’s House members voted in favor of the bill. Both U.S. Senators, Maria Cantwell and Patty Murray, previously voted in favor as well. Sen. Cantwell has worked tirelessly since LWCF expired in September to create the legislation (also known as the Murkowski-Cantwell lands package) that originally passed through the Senate. WTA thanks the Washington State Congressional Delegation for their support of this incredibly important legislation.

“There’s nothing better than just being outdoors. And it’s such an important part of our Northwest culture. So fighting to preserve it … has been a great honor,” said Cantwell at a rally for LWCF in Seattle last week.

The passage of this package shows the importance of public lands — and that they have support in Congress. Hopefully, it can lead to investment to care for our public lands, which are chronically underfunded. That lack of funding affects anyone who enjoys time outside, including hikers

Now that Congress has passed the legislation, the final step is for the president to sign the public lands package into law. 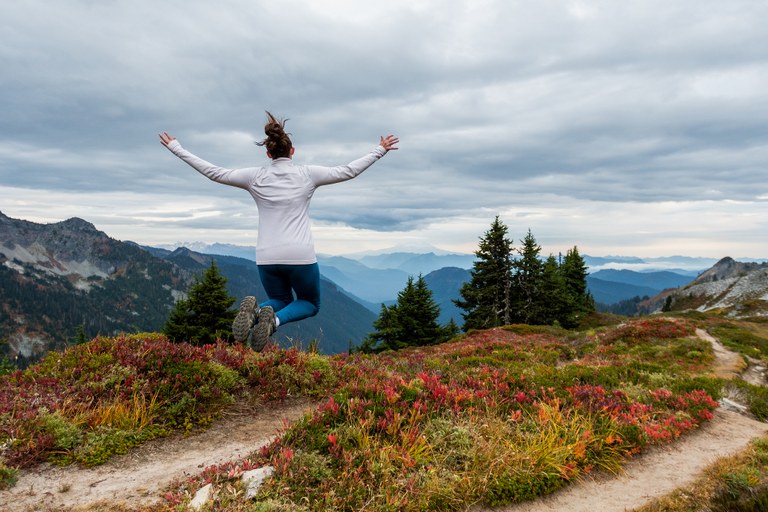 Here are some of the highlights of the bill for Washington state:

For the last 53 years, LWCF has been our nation’s most successful conservation and recreation program, supporting local economies, providing infrastructure for public health, tourism and recreation and increasing access to the outdoors in all states and territories and nearly every county in the United States. With permanent reauthorization, LWCF will no longer need to be renewed — in September 2018 authorization lapsed in Congress, keeping important projects unfunded.

The program has garnered consistent and strong bipartisan support since its inception and is paid for with non-taxpayer dollars. A small portion of revenues from offshore drilling in the Outer Continental Shelf (OCS) are earmarked for natural resource conservation and outdoor recreation programs to offset the depletion of offshore oil and gas resources. Each year, $900 million in OCS revenues are deposited in the LWCF Treasury account to be used for projects that assist in securing hunting and fishing access, working forest protection, cultural and historic site preservation, National Parks inholdings purchases, urban and community parks investments and conservation of critical wildlife habitat. 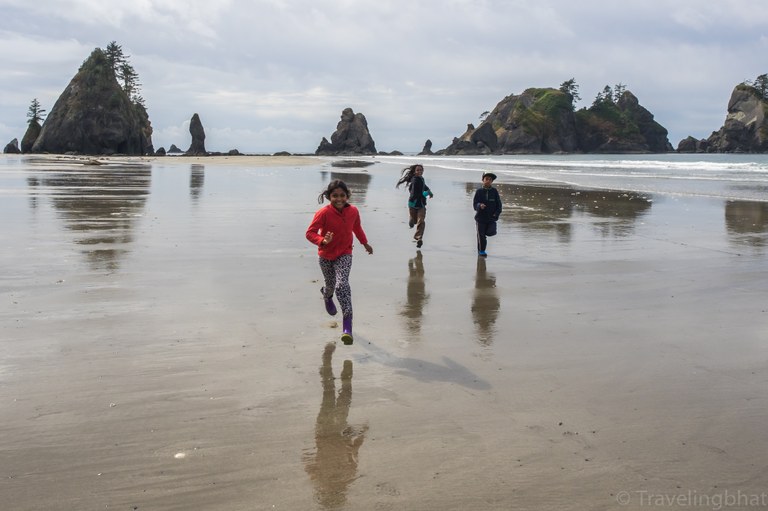 Since 1965, LWCF has allocated nearly $699 million to Washington state to protect some of our more beloved places and trails including:

LWCF matching grants have enabled local communities across the state to create trails, parks, playgrounds, urban wildlife refuges, greenways and other recreational facilities in places like Riverbend Park in Spokane, Discovery Park and Gas Works Park in Seattle, the Burnt Bridge Creek Trail in Vancouver, Saint Edwards State Park in Kenmore and the Oak Creek Elk Viewing Area in Yakima County. LWCF is also the largest sources of federal funding for close-to-home parks, playgrounds and projects that ensure children have access to nature. 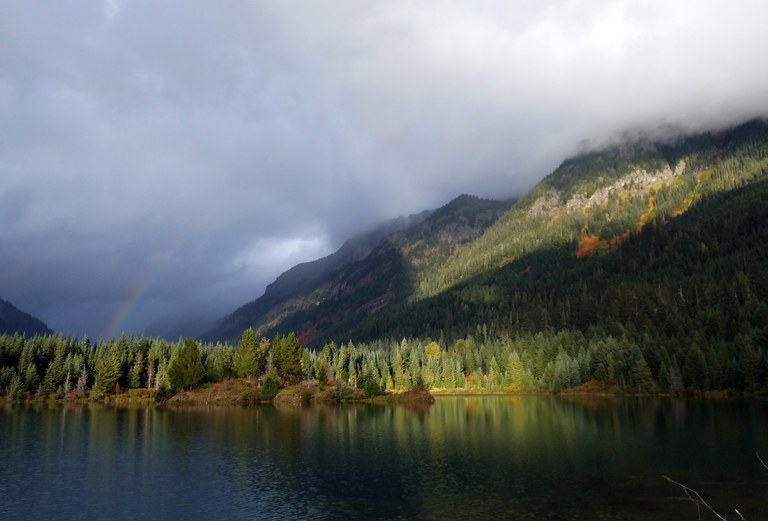 Gold Creek Pond in the Mountains to Sound Greenway. Photo by Anya Zolotusky.

The National Heritage Area designation provides the recognition and resources needed to increase the visibility of Mountains to Sound Greenway, the 1.5 million acres surrounding Washington’s Interstate 90.

This will safeguard one of our state’s premier recreation areas from industrial-scale mining claims, removing mineral rights from 340,000 acres in the upper Methow Valley, including Flagg Mountain, which sits above Mazama.

Passes The Every Kid Outdoors Act

The act formally reauthorizes seven years of the Every Kid in a Park program (now called Every Kid Outdoors). This program provides fourth graders with a free park pass for themselves and their families to federally managed public lands like national parks. 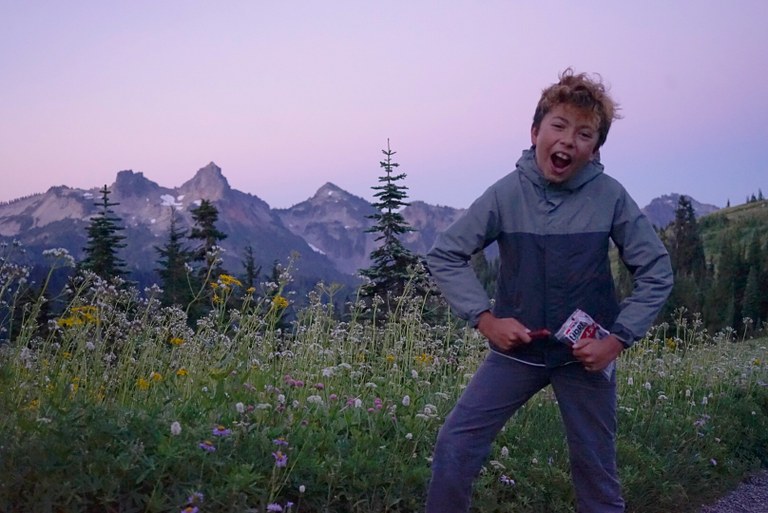 This is a huge victory for not only hikers, but everyone who enjoys the outdoors. Thank you again, not only to our legislators, but to you. In less than 24 hours, almost 700 members of the WTA community emailed their House representatives. And since all of them voted in favor of this lands package, what you did was no small feat. Thank you for telling them that our trails and public lands matter, on this historic day and every day.

Keep speaking up for trails and public lands in the future, by joining our Trail Action Network.