Skip to content
Clearing the Way for Summer Adventures: Where We've Worked so Far Spring is an exciting time at WTA. The snow is melting, the flowers are blooming and our intrepid backcountry volunteers make their way out on trail to begin clearing the path for summer. https://www.wta.org/news/signpost/clearing-the-way-for-summer-adventures-where-weve-worked-so-far https://www.wta.org/news/signpost/clearing-the-way-for-summer-adventures-where-weve-worked-so-far/@@download/image/Write a Trip Report.jpg

Clearing the Way for Summer Adventures: Where We've Worked so Far

Spring is an exciting time at WTA. The snow is melting, the flowers are blooming and our intrepid backcountry volunteers make their way out on trail to begin clearing the path for summer.

Spring is an exciting time at WTA. The snow is melting (finally), the flowers are blooming and our intrepid backcountry volunteers make their way out on trail to begin clearing the path for summer.

Since April, we've been supporting backcountry response teams (BCRTs) and volunteer vacations across all corners of the state, and getting a lot of work done. Here are just a few of the projects our volunteers have worked on so far. 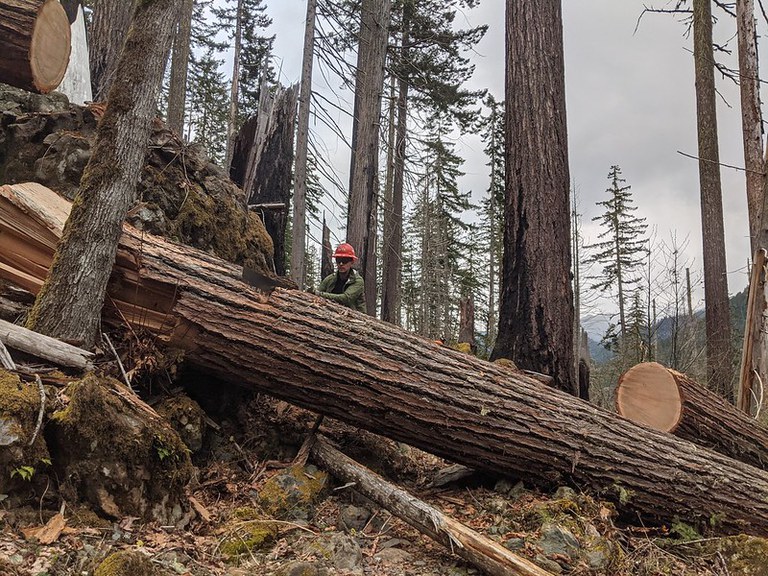 One of the larger cuts our first Duckabush crew worked on. Photo by Thomas Adler.

We kicked off our season with one of our standby locations — the Duckabush. Winding through a former burn, this trail always needs a little attention in spring, especially after a particularly wet and windy winter. There are plenty of fallen trees and washouts on this trail, but over the past few months, we've sent three BCRTs out to the Duckabush. These crews removed dozens of fallen logs, created a few hiker-friendly bypasses around large root balls and re-established the trail surface in areas impacted by fallen trees — and the work is not over yet! We still have one more trip in the books before the summer is over.

Just a stone's throw south, we've been revisiting the Lena Lake and Skokomish River trail. Last year, our volunteers replaced the old, worn out bridge right before Lena Lake, and this spring we came back. Crews brushed back new spring growth that was beginning to block the trail, and they also cleaned out drainage and minimized mud beyond the bridge.

On the Skokomish River trail, we led an all-women crew and another BCRT who encountered substantial storm debris throughout. After clearing the trail of over 100 fallen trees and a whole lot of debris, we also spent some time improving the creek ford and decommissioning sections of social trail that were damaging the surrounding plant life. 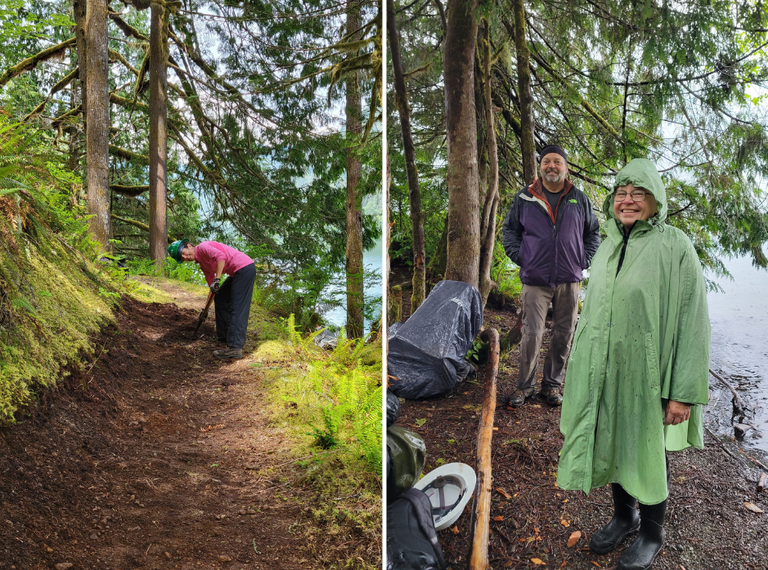 Volunteers on the Baker Lake trail, embracing the ever changing spring weather. Photos by James Watt.

Over in the Cascades, we've been sticking to some key river valleys and iconic lakes while the high country remains covered in the snow. Similarly rocked by strong seasonal storms damage, we had crews out to Boulder River, Suiattle River and Baker Lake to clear miles of fallen trees.

East of the Mountains: Logging out Lakeside trails 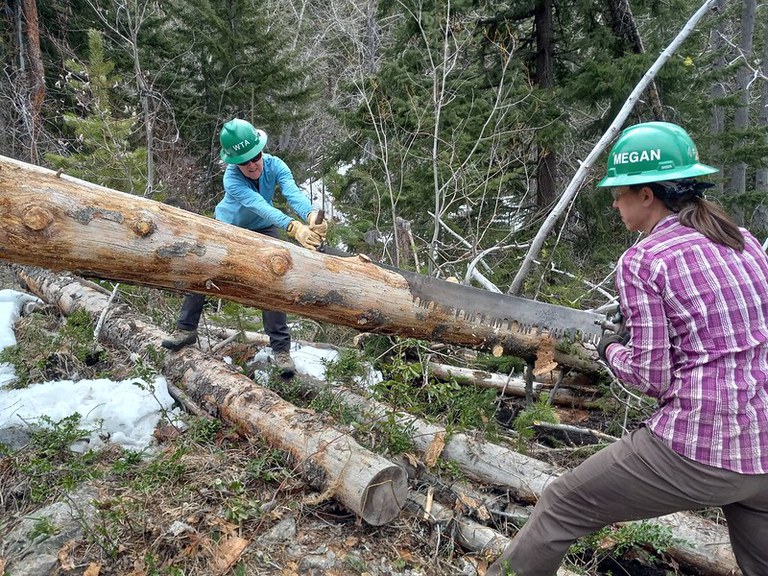 Patches of lingering winter snow were no deterrent to our volunteers on Fish Lake. Photo by Erica Pan.

On the east side of the Cascades, we've been working on several trails around Lake Chelan, including the Lakeshore Trail, a popular spring backpacking route along the lakeshore. We had a volunteer vacation crew working out of Moore Point and another at Prince Creek, along with a BCRT working up from Moore Point into the Fish Creek drainage. Our work here involved mostly logging out, brushing and tread restoration, and we also spruced up the tent pads ahead of the early season visitors. We've been thrilled to see trip reporters already enjoying the freshly-cleared trail this spring.

And further east, we headed out to the sparkling shores of Bead Lake — a few hours north of Spokane — for a big undertaking; logging out all but the last half mile of trail. In addition to that, we also brushed back two miles of overgrowth and constructed a new rock wall to fortify the trail where it was beginning to collapse.

And so much more

Our backcountry season is only getting started — we have a jam packed schedule of trips lined up for the summer and into the fall. And many prime trips still have openings on them. Check out or full schedule and join us on trail at wta.org/volunteer.