Skip to content
Counting the Outdoors: Pres. Obama Signs New Recreation Economy Law New law includes recreation economy as part of the GDP and demonstrates a growing recognition of the impact that recreation can have on national, state and local economies. https://www.wta.org/news/signpost/counting-the-outdoors-president-obama-signs-new-recreation-economy-law https://www.wta.org/news/signpost/counting-the-outdoors-president-obama-signs-new-recreation-economy-law/@@download/image/hurricane-ridge-by-Larry-Herscovitch.jpg

New law includes recreation economy as part of the GDP and demonstrates a growing recognition of the impact that recreation can have on national, state and local economies. 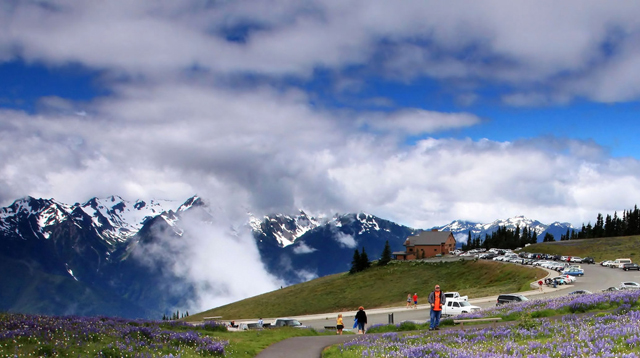 Hurricane Ridge on the Olympic Peninsula attracts visitors from all over the state, country and world. Photo by Larry Herscovitch

At the end of last week, President Obama signed the Outdoor Recreation Jobs and Economic Impact Act of 2016 after it cleared both the House and the Senate with unanimous, bipartisan support. The new law essentially counts recreation as part of the official economic measures, including Gross Domestic Product.

The law's passage is a testament to a growing recognition of the positive impact that recreation can have on national, state and local economies.

Besides counting those numbers as part of the national economy, the passage of the law may also help make the economic case for the value of properly funding and maintaining public lands. Local communities (both urban and rural) in proximity to public lands can see a significant boost their economies.

Sen. Patty Murray and Reps. Suzan DelBene, Cathy McMorris Rodgers and David Reichert were all cosponsors of the Senate and House versions of the bill.

Read more about the new law

I hope that this does not further the exploitation of pristine areas for recreation (motorized or not) and can instead be used to educate people about the need to protect what little untouched land is left in this country.

We don't need more new access into the backcountry - we need to maintain what is already there. I have personally seen the sorry state of trails in areas like the Pasayten and Wenaha-Tucannon Wilderness. The same people who see recreation in monetary terms will argue that maintaining these trails is impossible without mechanized equipment, and I hope WTA continues to advocate for the non-mechanized maintenance of trails in Wilderness areas.

Finally, right here in WA we have a State Parks Commission that values income and expanding recreation over protecting ecologically important areas in Mt. Spokane State Park. I fear that this attitude will creep in nationwide, seeing all public land in terms of revenue.