Skip to content
link
One Year Later: How the Great American Outdoors Act Is Funding Trail Fixes One year on from the signing of the Great American Outdoors Act, funding for stewardship and maintenance of trails has helped WTA to make great strides in our work. With four more years of GAOA funding to go, we're optimistic at what we can achieve, but we know that making trails for everyone, forever will take a lot more work. https://www.wta.org/news/signpost/gaoa-one-year-later https://www.wta.org/news/signpost/gaoa-one-year-later/@@download/image/heather lake with clouds by rachel glover.jpg

One Year Later: How the Great American Outdoors Act Is Funding Trail Fixes

One year on from the signing of the Great American Outdoors Act, funding for stewardship and maintenance of trails has helped WTA to make great strides in our work. With four more years of GAOA funding to go, we're optimistic at what we can achieve, but we know that making trails for everyone, forever will take a lot more work.

On August 4, 2020, the Great American Outdoors Act (GAOA) was signed into law. Hailed at the time as an incredible success of bipartisan support for public lands, GAOA was a win for outdoor advocates nationwide. 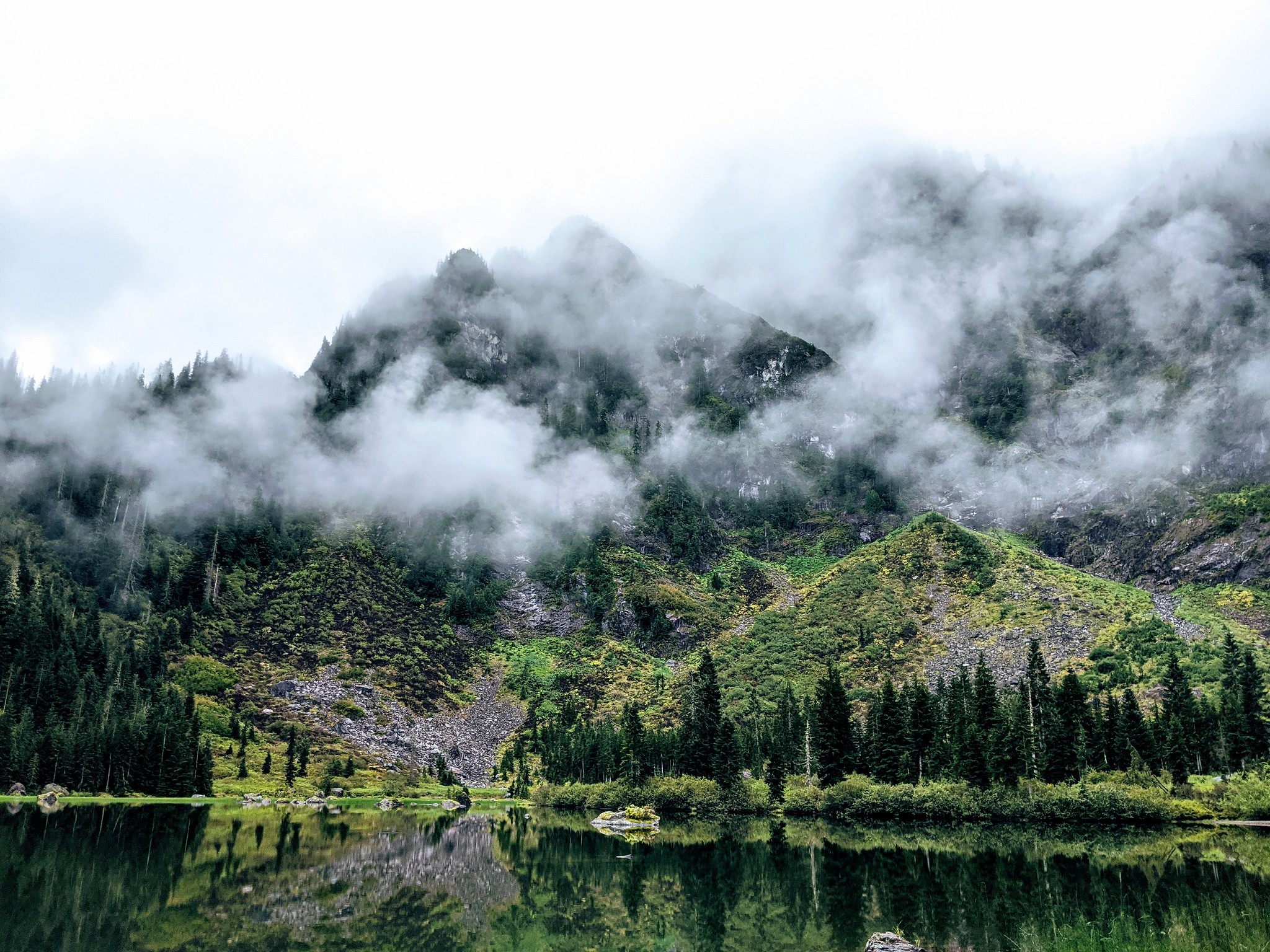 Heather Lake is one of many trails related to the Mountain Loop Highway that may see improvements due to GAOA funding. Photo by Rachel Glover.

We reported on the details of this act and how it incorporates two pieces of legislation that WTA has long advocated for — full funding for the Land and Water Conservation Fund and funding to address the deferred maintenance backlog on federal lands.

GAOA’s impacts to public lands were intended to be immense, making significant investments into outdoor recreation:

After one year of implementation, now is a great time to take a look back at the Great American Outdoors Act, one of the best successes in hiker advocacy in recent history.

With such a significant investment into addressing deferred maintenance on federal public lands, the Great American Outdoors Act’s lasting impact on outdoor recreation will be measured for a long time. The legislation spreads out its investment across different agencies like the U.S. Forest Service, National Park Service, U.S. Fish and Wildlife Service and Bureau of Indian Affairs. Of the $1.9 billion in annual investments, $285 million annually is allocated directly to the U.S. Forest Service.

This investment marked a huge success for trail advocates working to fix the massive backlog of trail maintenance that has been deferred. As population growth in Washington adds hikers to our trails, we need to invest in ways to keep our trails safe and sustainable for the future. Maintaining our trails is one of the best ways to do that.

The first step in this process was for the government to set up the National Parks and Public Land Legacy Restoration Fund (LRF), to act as the bank account built to address the deferred maintenance backlog. Translating this funding into real-time trail work has relied on collaboration between the Forest Service and organizations like WTA to plan for which projects fit the fund’s priorities.

For the 2021 fiscal year, that meant that 556 projects were authorized by Congress for implementation. The Pacific Northwest received $40 million in GAOA funds towards projects in 2021, with 29 projects receiving funding. Those projects include things like “deferred maintenance on 1,500 miles of priority trails in the Pacific Northwest” and work to enhance the Mountain Loop Highway Corridor, an area that has been a priority for WTA’s Trails Rebooted Campaign. That means funding for projects like:

Other improvement projects include road improvements on Forest Road 25 in the Gifford Pinchot National Forest and restroom replacement in recreation areas across both Oregon and Washington. (Forest Road 25 helps provide recreation access to the Mount St. Helens Volcanic Monument and views of Spirit Lake.)

Planning for additional “shovel-ready” projects for the future has already begun. The USDA has released its list of proposed projects for 2022, which includes investments in things like the Pacific Crest Trail and further investments in trail work around the Mountain Loop Highway. Looking further ahead to 2023, we are hopeful that projects like road improvements in the Snoquera area, trails on the Mountain Loop Highway and infrastructure improvements at popular sites like Heather Meadows will make the final list.

As part of the investments that GAOA made into deferred maintenance, WTA was able partner with the Forest Service to employ a backcountry pro crew that has been working on trails all summer. The six-person pro crew is focusing on addressing maintenance needs on backcountry trails in three wilderness areas in the Okanogan-Wenatchee National Forest: Pasayten, Glacier Peak, and Lake Chelan-Sawtooth.

Thanks to GAOA funding and the support of WTA members, the pro crew has made incredible strides into important trailwork in the Okanogan-Wenatchee National Forest. Here are some stats from their work already this summer:

Midway through one season, the WTA pro crew has made incredible headway on addressing deferred maintenance. With GAOA investments for four more years, we’re excited about the opportunity that a crew like this offers for trail maintenance in Washington.

The new law has also made a substantive impact on conservation by providing full and permanent funding for the Land and Water Conservation Fund (LWCF). Full funding for LWCF has been a WTA priority for many years.

LWCF is the nation’s most successful conservation and recreation program. It works to support local economies, tourism and recreation and increase access to the outdoors by funding land acquisition and conservation projects. LWCF also works to support America’s state park system and local communities through grants that help create trails, parks, playgrounds, urban wildlife refuges, greenways and other recreational facilities.

At $900 million annually, LWCF will be able to work towards addressing a substantial backlog of federal conservation needs estimated at more than $30 billion. The President’s proposed 2022 budget invests $232.4 million in state and local assistance grants as well as $125 million targeted toward urban underserved communities via the LWCF-funded Outdoor Recreation Legacy Partnership Program.

The work isn't done: Join us to keep creating change

GAOA funding lasts for five years, meaning that from 2022-2025, another $1.14 billion will be invested into maintenance on Forest Service lands.

Despite the substantial investments, the backlog of trail maintenance nationwide is still lengthy. In 2019, the Forest Service reported this backlog as more than $5.2 billion, which is four times more than the total amount of funds that will be available to the agency as part of GAOA funding.

Funding for just maintenance won’t solve the entirety of the issue either. As GAOA funding increases the opportunities of partnerships for trail maintenance, the requirements for agencies like the Forest Service also increase. They need more staff to help develop agreements, conduct the necessary permitting for these projects and engage with underserved communities. Since 1992, the Forest Service has seen reductions in important positions like fishery biologists, wildlife biologists and forestry technicians.

With more people recreating on public lands and less staffing, a bold investment in the Forest Service is required. Increased funding for staffing and stewardship must be cornerstones of those new investments, which is why we asked hikers on Washington Trails Day this year to urge our Senators to invest in trails.

After such a successful year, we can celebrate our leaders coming together to invest in our public lands. But the work isn’t done, we are far from a future of trails for everyone, forever. Climate change and population growth means our work is more important than ever. Advocates like you will make the difference, keeping trails and public lands on the forefront of our legislators’ priorities at all levels of government.