Reports of significant maintenance backlogs at Mount Rainier, other federal lands, point to a need for Congress to fund public lands in 2016. 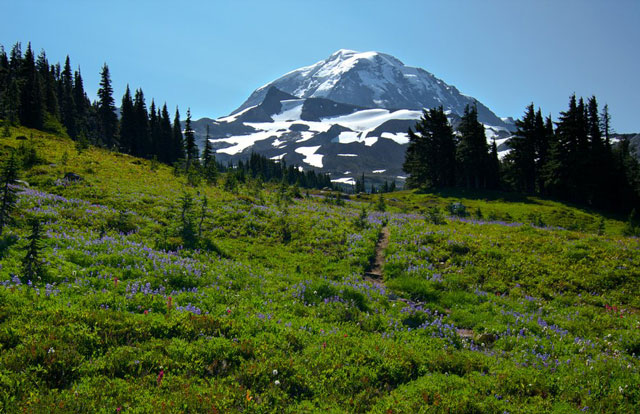 Mount Rainier National Park is one of the areas left underfunded by the recent budget proposal. Photo by Abertino.

Mount Rainier National Park is facing a $300 million maintenance backlog after years of underfunding. This represents just a portion of the $11.49 billion backlog in parks nationwide, according to a report recently released by the National Park Service.

The report should sound alarm bells for hikers and raises the question: will Congress ensure that national parks and federal forests get the funding they need to begin fixing the problem?

Deferred maintenance items include many amenities that are essential to hikers and other outdoor enthusiasts including: trails, campgrounds, roads and bridges.

This goes beyond just a few potholes or an out-of-service bathroom. At Mount Rainier, road and bridge maintenance accounts for two-thirds of the park's maintenance needs, which can seriously impact recreation impact. Deferred maintenance is also bad for the environment. It can mean excess erosion, trash overflow at crowded campgrounds and more.

The National Park Service is requesting an increase in the budget of $242.8 million across operations and construction accounts as well as a mandatory proposal to provide $300 million annually over three years, to restore highest priority non-transportation assets to good condition over 10 years and to maintain that infrastructure in good condition. 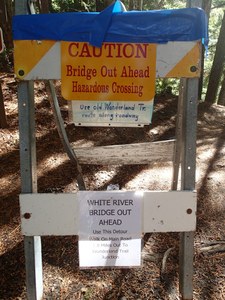 A bridge out along the Wonderland Trail last year forced hikers to reroute. Photo by Coug Up.

The Obama administration has also requested $150 million in new funding proposal to be competitively awarded for major transportation projects on federal and tribal lands. This proposal is currently under consideration in Congress.

Now, it's up to Senators and Representatives to pass, among others, the National Park Service 2016 budget request, which would begin to address maintenance needs and ensure high-quality recreation access for the millions of people who visit our nation's parks each year.

It remains to be seen if Congress will approve this budget request as the National Park system approaches its centennial birthday in 2016. Stay up to date on this and other issues facing Washington trails by joining the Trail Action Network.