Washington's wild places are teeming with life. Learn a bit more about two common species, the Yellow Avalanche Lily and Columbia Basin Pygmy Rabbit, and where you can find them.

Washington's wild places are teeming with life. Learn a bit more about two common species, the Yellow Avalanche Lily and Columbia Basin Pygmy Rabbit, and where you can find them.

Oh, the yellow avalanche lily. Its arrival is heralded every spring, a sign that winter’s white coat is departing from the terrain and wildflowers will once again decorate the hillsides. It is one of the first hardy perennials to burst forth from the slumbering landscape. The six tepals of its lemon-yellow blooms fan out from white, red or yellow stamens to announce that the outdoors are awaking from hibernation. 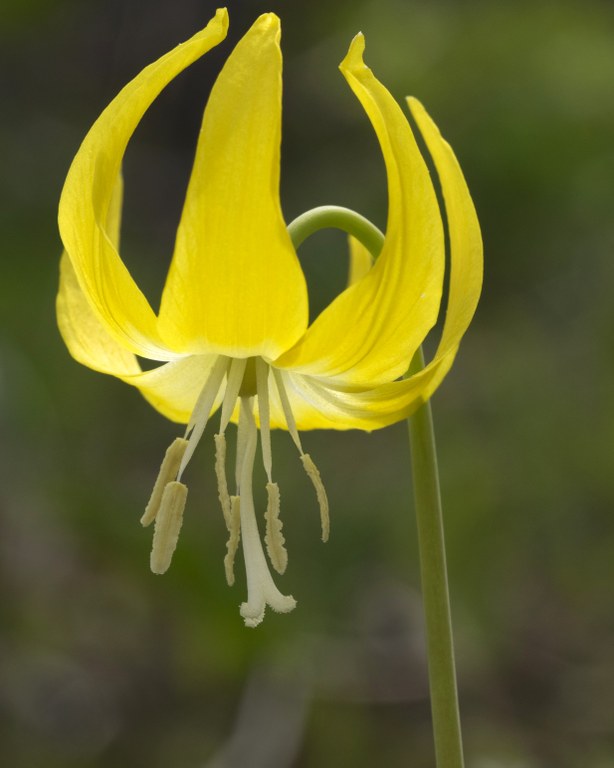 Native to western North America, from Canada to California, across the Olympic Mountains and as far east as Colorado, this wildflower finds a home along marshy subalpine woodlands and in high alpine meadows. Standing in a nodding pose, its blossoms bow on stalks that can reach up to 18 inches high. It is we that kneel in honor when approaching large meadows — the lily is a photographer’s delight.

The Ktunaxa (Kootenai) first named it máχeɁ, and the scientific name is Erythronium grandiflorum, but it is often called by its more popular name of glacier lily. A part of the lily family, it has many close relatives. The yellow trout lily, white avalanche lily, fawn lily and snow lily are similar but vary in color of tepals, stamen and leaves.

Grizzly and black bears alike love to unearth the nutritious bulbs for dinner, just as Northwest Coast Native Americans once used to collect them to boil for soup or dry for the winter. The smooth, bright green basal leaves also make a tasty trail salad if elk and deer have not already partaken.

Here in the Pacific Northwest, we anxiously await the yellow avalanche lily to usher in the coming of spring and the return of verdant wilderness adventures once again. 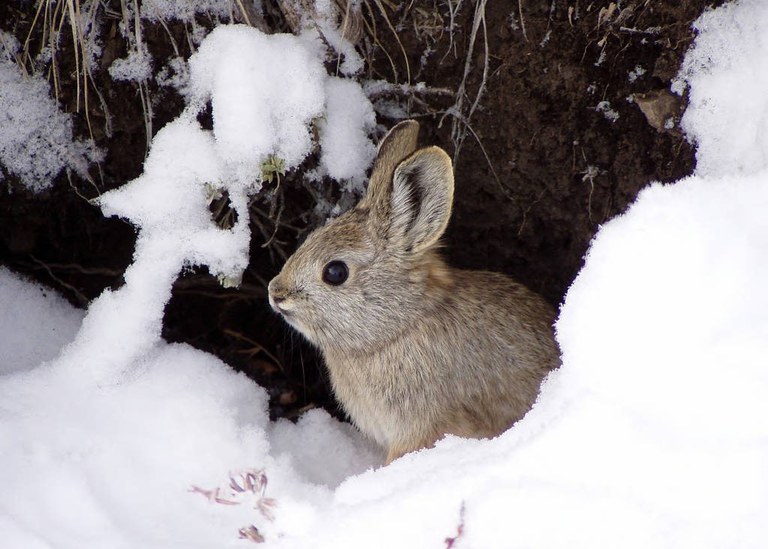 Pygmy rabbits are the smallest rabbits in North America and they dig their own burrows, unlike most other rabbits. These adorable puffs of fluff are highly dependent on sagebrush as both their shelter and primary source of food. As such, the deterioration of the shrub-steppe habitat is a major factor in their declining population. In an attempt to save them from total extinction, Columbia Basin pygmy rabbits were crossbred with pygmy rabbits from Wyoming, Nevada, Oregon and Utah, then released back into the wild. Their survival and repopulation are still being monitored at the Sagebrush Flat Wildlife Area.

The Columbia Basin pygmy rabbit has been classified as a Species of Greatest Conservation Need by the Washington Department of Fish and Wildlife. If you spot one of these cute little balls of fur, be sure to snap a picture, but resist the urge to get closer. (No cuddling them!) As with any photos you take of animals on this list of threatened species, send a copy of your photo to the Washington Department of Fish and Wildlife at wildthing@dfw.wa.gov, including the date and time the photo was taken, the species, how many were seen, the location and a brief description of what both you and the animal were doing when you encountered each other.