Print
Shorebirds playing in the breeze at Point No Point. Photo by Anna Roth. 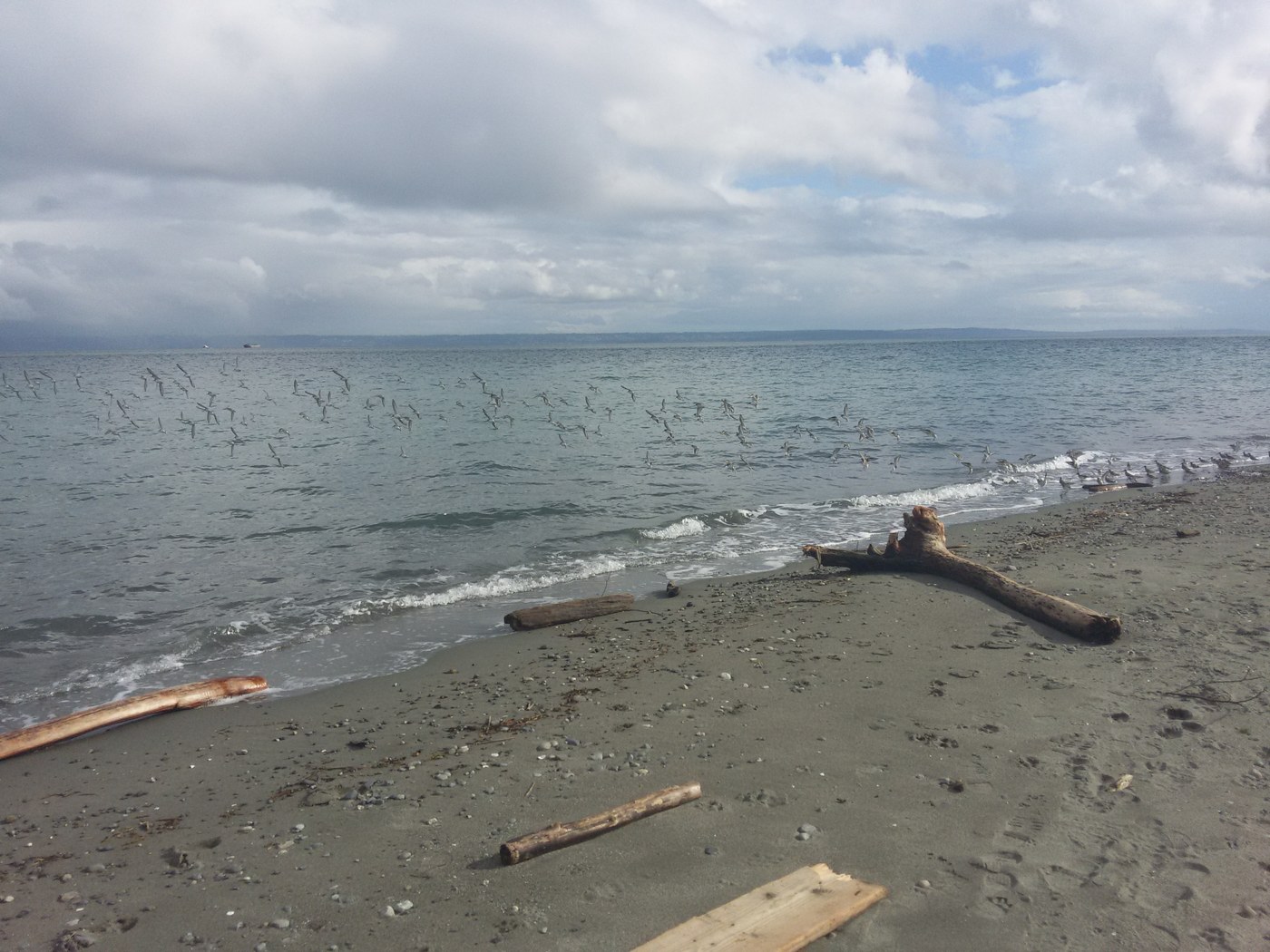 33 Trip Reports for this trail, below

The trail at Point No Point gives you both a glimpse into the past, as well as a bit of a workout and great views.

Now on the National Historic Register, Point No Point was referred to as Hahd-skus (long-nose) by local Native Americans, because of its location on a spit of land on the Kitsap Peninsula that protrudes prominently into Puget Sound.

In 1841, explorer Charles Wilkes was disappointed to discover that what he thought might be a deepwater anchorage just off shore was nothing but shallow mud. He dubbed the area, somewhat petulantly, Point No Point.

Just a few years later, the point played a part in ending the American Indian wars. In 1855, leaders of the S'Klallam Native American tribes, as well as those from the Chimacum and Skokomish tribes, signed the Point No Point Treaty with Governor Isaac Stevens. The treaty ceded land to the United States from the crest of the Olympics to Puget Sound and designated reservations for the tribes.

Shortly after the treaty's signing, construction began on a lighthouse at the end of the point. Since its completion in 1879, it has operated continuously, guiding vessels of all sorts around the land it occupies, and the shallow waters surrounding it. It is the oldest still operating lighthouse on Puget Sound.

In 1974, the Point No Point Treaty Council was established to ensure treaty rights are observed and help support the tribes affected by the treaty, which is still in effect, and gives hunting, gathering and fishing rights on public lands A rock mounted with a plaque and placed just outside the lighthouse is testament to this treaty.

With 3 acres in the Point No Point County Park and one hiking trail, the Point No Point lighthouse makes a great destination for visitors young and old. Take the mile-long trail along shoreline, up a steep set of stairs to a viewing platform, and finally through bright forest along a ridgeline to another trailhead nestled in a neighborhood. Keep an eye out for seals and shorebirds in the water, even whales occasionally!

WTA Pro Tip: One half of the lighthouse keeper's quarters is available for vacation rental.

From Tacoma, drive Hwy 16 west for 2.6 miles and get on the ramp to Gig Harbor/Bremerton. Stay on 16 west for 26.5 miles and then continue as the road becomes Hwy 3 north for 17.7 miles. Take the exit for Hwy 305 toward Poulsbo/Bainbridge Island, and use the right two lanes to turn right onto Hwy 305 S. 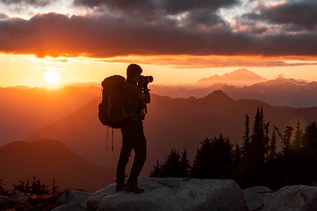