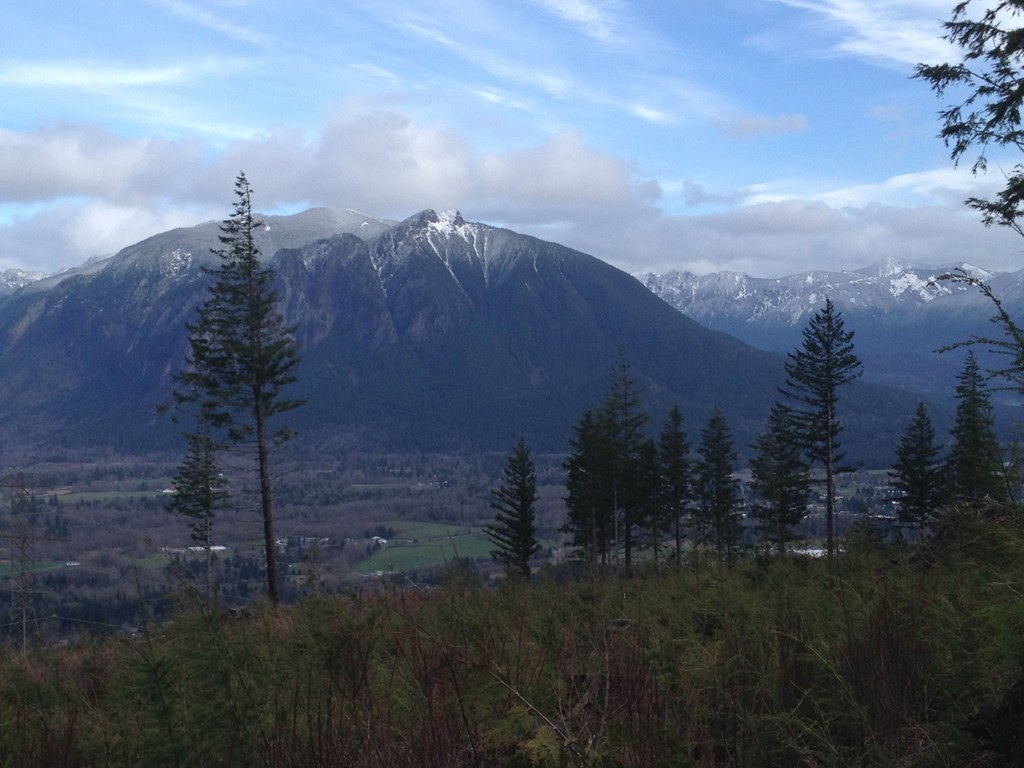 612 Trip Reports for this trail, below

If you've hiked to Rattlesnake Ledges and beyond from Rattlesnake Lake, this is a delightful alternative. Thanks to the handiwork of various groups in the outdoor community, hikers can now reach Rattlesnake Mountain from the west, starting from a trailhead at Snoqualmie Point.

Expect fewer hikers on this approach, and enjoy fantastic views out over the Snoqualmie Valley, Mount Si, Mount Teneriffe, North Bend and more. Hike to one of the pleasant viewpoints along the way, to Rattlesnake Mountain, or do a traverse all the way to Rattlesnake Lake, clocking in at 10.2 miles. The views are some of the best in the Cascade foothills and the trail can be hiked year-round, though it can be snowy in winter.

The trail was officially dedicated in June 2007, though people had hiked this route using a mix of trail and logging roads for years before. Now the trail winds its way through mostly second-growth forest, crossing a few logging roads and requiring just a few stints on old roads.

The trail follows I-90 fairly closely, but there are times you don't remember it's just out of sight. Still, the reality of being in a managed forest does appear as some sections wend through clearcuts. Fortunately, the forest canopy gets more mature towards the higher points, and there is a delightful progression of ecosystems along the way.

The first nice viewpoint is Stan's Overlook, about 2.5 miles in. Pass under some powerlines and continue gradually upward another third of a mile to an obvious signed trail to the left. Stan's Overlook has a picnic table and two benches. From there you can see Mount Si and the Snoqualmie Valley. Next up, and a fine turn-around for those not traveling end-to-end, is Grand Prospect about 4.9 miles from your starting point. This precipice is due south of the town of North Bend.

A large clearcut was made in recent years between approximately four and five miles from the trailhead on the west side of Rattlesnake Mountain. Although the local scenery is logging debris, there are good views of the Olympics and Mount Rainier.

Six miles from the trailhead and 3500 feet high is East Peak, featuring great views, including Rainier on a good day. Then it is downhill 2 miles to the Ledges and, 2.5 miles further, Rattlesnake Lake.

This trail system is the result of thousands of hours of hard work by trail crews from Washington Conservation Corps, EarthCorps, and Washington Trails Association (WTA's handiwork was up to the Ledges from Rattlesnake Lake), all jointly managed by the Mountains-to-Sound-Greenway and DNR. If you see a crew, please take the time to thank them!

To Snoqualmie Point Park: take I-90 east to Exit 27. At the end of the off-ramp, go right and follow the road to the end. Go through the gate on the right to enter the trailhead. Straight ahead is a separate parking area for Snoqualmie Point.

To Rattlesnake Lake: take I-90 to Exit 32. Go south on 436th Ave. SE, turning into Cedar Falls Rd. SE - follow this main road 3.1 miles to the parking area for Rattlesnake Lake. To reach the trail follow an old roadbed that circles the lake to the right (as you look at it). 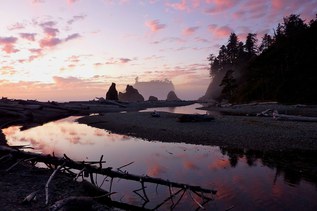