Skip to content
Teneriffe Falls You'll work up a sweat on this easy to moderate hike to the spectacular Teneriffe Falls. Go in the spring when the tread is snow-free and the waterfall is flowing at full volume. Along the way, you'll be rewarded with views of the surrounding Snoqualmie valley and nearby peaks. https://www.wta.org/go-hiking/hikes/teneriffe-falls https://www.wta.org/site_images/hikes/teneriffe-falls-2.jpg/@@download/image/teneriffe falls 2.jpg

1177 Trip Reports for this trail, below

You'll work up a sweat on this moderate hike to the spectacular Teneriffe Falls (formerly known as Kamikaze Falls). Go in the spring when the tread is snow-free and the waterfall is flowing at full volume. Note that the tread consists of loose rock in places, so sturdy shoes or boots will help keep your ankles and feet happy on this hike. If you are hiking with children, keep them close by as there are some steep drop-offs along the trail.

Follow the gently inclining Mount Teneriffe trail (a remarkable example of effective road-to-trail conversion) for nearly a mile, to an intersection signed for Teneriffe Falls. Hang a right here. The route remains mellow, gaining only 375 feet in the first mile. But if you’re looking for a workout, don’t worry, you’ll still get it. Over the last 0.9 miles, you’ll gain 850 feet. Despite the steepness of the last pitch, this trail is more forgiving than the former bootleg trail, thanks to trail work done by Department of Natural Resources and the Mountains-to-Sound Greenway.

The 22 switchbacks up to the base of the falls wind in and out of tree cover. Enjoy the second- and third-growth forest you’re walking through and the sounds and sights of the nearby stream flowing from Teneriffe Falls. You might glimpse sections of the old bootleg trail that ran parallel to the stream along the way. Though it may be tempting to explore, please stick to the new trail! It was built to provide a safer route for hikers and to minimize erosion and sediment in the fish-bearing stream.

As you near the end of the trail, you’ll get a view of the lower part of Teneriffe Falls. Snap a photo, and then continue up the last couple switchbacks to a viewpoint for the upper falls. The viewing area is a small, mostly flat spot off trail with a steep downhill drop-off, so be careful where you step and where you set your pack.

If you choose to scramble down to the level area between the upper and lower falls, be aware of slippery rocks and sketchy hand and foot holds. Both make it difficult to get down and then back up to the trail safely. For groups of three people or fewer, this makes a nice snack or lunch spot. Larger groups should choose a spot down trail to take a break.

Note: You may see people continuing up past the overlook of the falls on a bootpath. This is a social trail that hikers have created, essentially making a straight, very steep shot to the summit of Mount Teneriffe. This is not an official trail and hiker use will lead to erosion concerns. Please refrain from using this trail.

From I-90, take exit 32 (436th Avenue SE). Turn left (north) over the freeway and drive 0.5 miles to SE North Bend Way. Turn left (west), and in 0.25 mile turn right (north) on SE Mount Si Road. In 2.9 miles (past the Little Si and Mount Si trailheads), you will reach a 118-car paved parking area on the left. A Discover Pass is required to park here. Restrooms are available at the trailhead.

Important - Gate opening and closing times vary throughout the year, typically occurring approximately an hour after dawn and an hour before dusk. Current gate closure times will be posted at the trailhead.

The older parking area (a school bus turnaround near 480th Ave SE) is now off-limits. Please park only in the main lot during open hours.

For the 2021 season Trailhead Direct is providing transit service from the Seattle area to popular trails in the area. 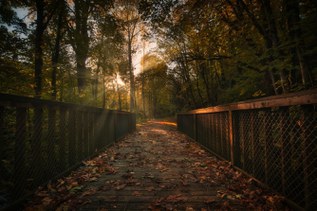