Skip to content
The Mid-Autumn Festival: Quality Time with Community Under the Full Moon The Chinese Mid-Autumn Festival (中秋节) is on September 10 this year! If you’re hoping to find a place to get outside and see the full moon on the night of the Mid-Autumn Festival, we've got some tips and ideas. https://www.wta.org/news/signpost/the-mid-autumn-festival-get-outside-and-see-the-full-moon https://www.wta.org/news/signpost/the-mid-autumn-festival-get-outside-and-see-the-full-moon/@@download/image/Hurricane Ridge by Mary Campbell.jpg

The Mid-Autumn Festival: Quality Time with Community Under the Full Moon

The Chinese Mid-Autumn Festival (中秋节) is on September 10 this year! Ever since I was little, I saw it as a special day to spend the evening being thankful and outside with family, friends and festivities, under the glow of the full moon. 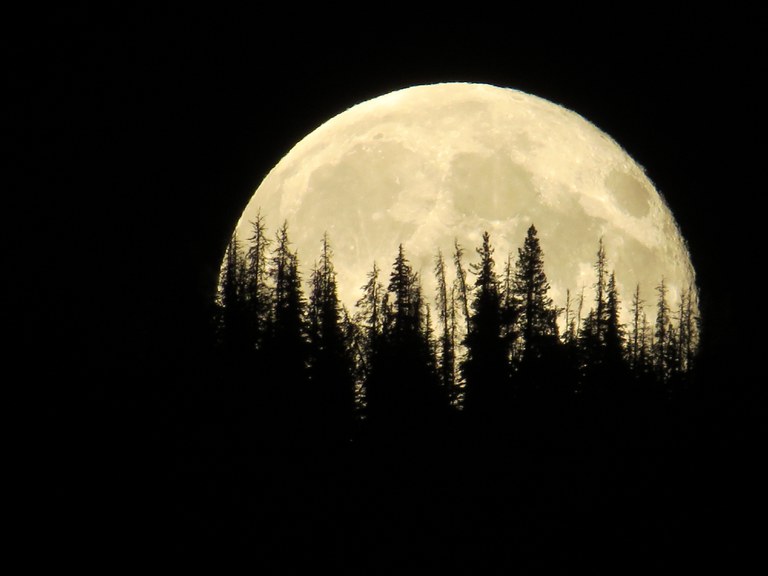 The Mid-Autumn Festival always falls on a full moon. Photo by Cindy Riggs.

Many people are already familiar with the Lunar New Year, but the Mid-Autumn Festival is also an incredibly important holiday in Chinese culture. The level of celebration and cultural significance are on par with Lunar New Year celebrations! It is a night to devote to loved ones, enjoying the full moon, being thankful and being hopeful for the future.

You may have also heard it called the Moon Festival, Mooncake Festival or Harvest Moon festival, as it coincides with the Harvest Moon.

It usually takes place in September or October. The specific date shifts because it is based on the lunar calendar, but it's always on the full moon in the eighth lunar month. Many believe this moon is the largest full moon of the year. As a result, the holiday has always been an evening I spend outside, at least for a few hours once the moon has risen. 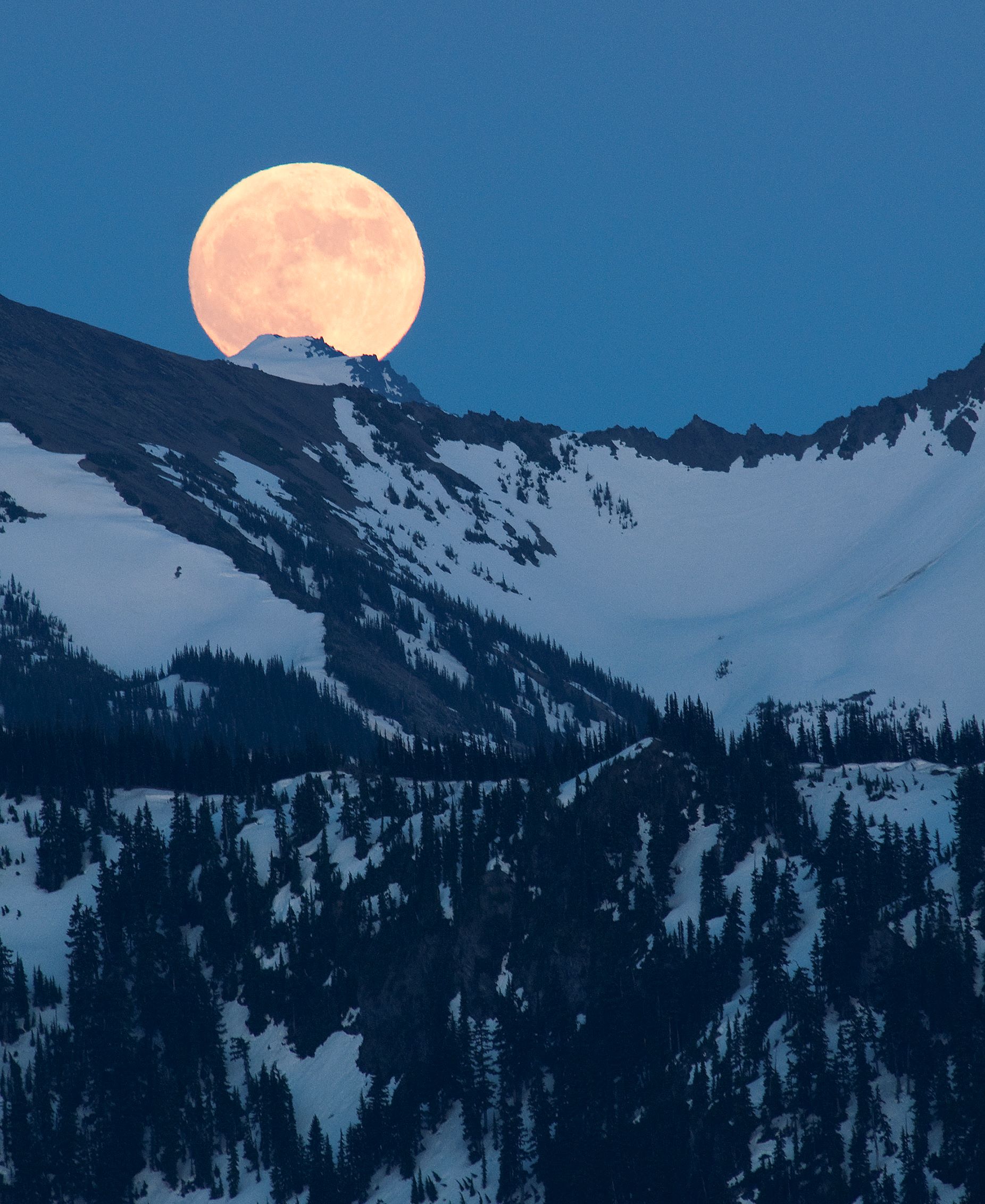 The moon can be a beautiful backdrop to a night spent outside. Photo by Ken Campbell.

There was a relatively small but tight-knit Chinese community in my hometown when I was growing up. Many of the kids my age were first- or second-generation born Americans (our parents immigrated here or our grandparents did), and that shared experience and perspective forged a bond between us.

We generally saw each other once a week at Chinese school over the weekend, where Mandarin-speaking adults in our community would teach the kids Mandarin; Chinese wasn’t offered as a language course at the schools most of the kids, including myself, attended.

Outside of that, sometimes the families would meet up, and the adults would gossip (though they’d never admit it) and make dumplings at the dinner table while the kids played video or board games together.

And then everyone would get to gorge on dumplings for dinner!

But no matter what, every year, during the Mid-Autumn Festival, our Chinese community would throw a large public celebration. There would be tables where you could decorate paper lanterns. Some of the adults would perform traditional dance routines. We kids would form a small informal orchestra and play Chinese folk songs. Of course, we’d have mooncakes to share with everyone. 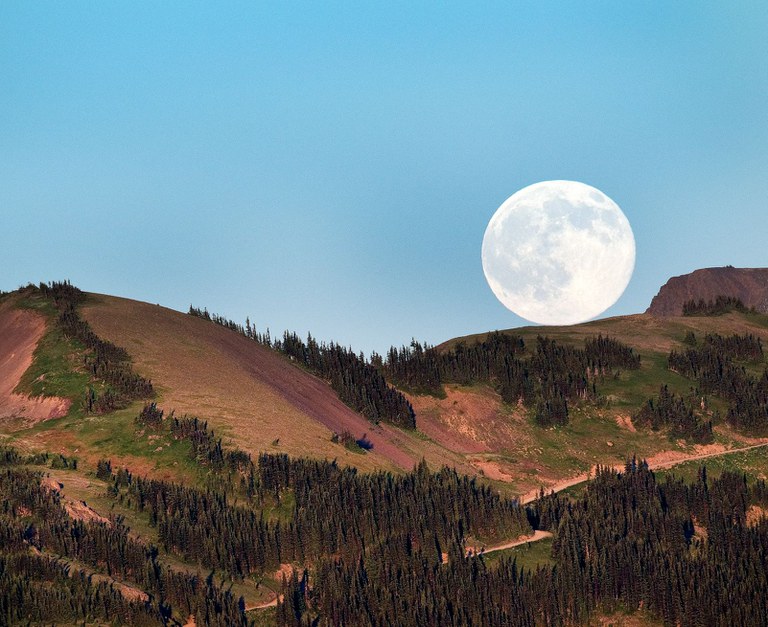 If you head out on a hike on the evening of the Mid-Autumn Festival, don't forget to bring mooncakes! Photo by Mary Campbell.

And we would tell stories — like the legend of Chang’e (嫦娥), whose story is the basis of the holiday itself.

Our big community productions would take place outdoors, and would go long after sunset. And even though I have since moved away from my childhood Chinese community and don’t have the same cultural community anymore, I still try to find a way to sit outside with the moon for a bit during the Mid-Autumn Festival, spending time reflecting on the good things in my life.

My fingers are crossed that the night of the Mid Autumn Festival is clear this year. And whether you spend some time at the park to celebrate the holiday with your community, set up a blanket in your yard to moongaze, head out on a night hike or camp outside, it can be a great night to connect with loved ones and nature — and eat some mooncakes too!

The Legend of Chang'e

There are a few different variations of the story of Chang’e, but this is the one I remember.

A long time ago, there were 10 suns in the sky, making the world very hot. Hou Yi (后羿), an archer, shot down nine of the suns with his bow and arrow, and was rewarded with one dose of an elixir of immortality by a goddess.

He didn’t immediately take the elixir, unsure if he wanted to stay immortal if his wife, Chang’e, could not. Eventually, Hou Yi chose to live life as a mortal with his wife, hiding the elixir. 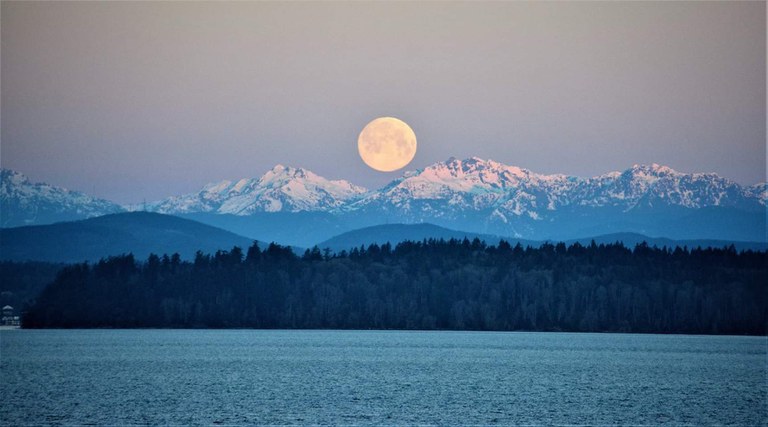 Chang'e floated to the moon after drinking the elixir of immortality. Photo by Arielle Zawadsky-Weist.

One day, Chang’e discovered the elixir, and drank it herself. She soon began to float up toward the sky. Hou Yi, seeing Chang’e floating toward the sky, tries to shoot her down. Depending on the version you hear, he either misses every shot, or he cannot bear to aim his weapon at his wife, whom he loves.

Eventually, Chang’e landed on the moon, becoming the goddess of the moon. She and her husband were separated forever, although they still loved each other very much. Hou Yi, growing to miss her more over the years, began leaving mooncakes and gifts out for her every year on the full moon of the eighth lunar month.

MissJenn on The Mid-Autumn Festival: Quality Time with Community Under the Full Moon

I'm very happy to see more content from WTA that includes stories from Asia and other cultures. I have moon cakes ready and waiting to be eaten tonight!!

Minhngoctuyettrang Dang Tu said: "Kim Ngo thank you. I saw the headline and was about to comment the same."